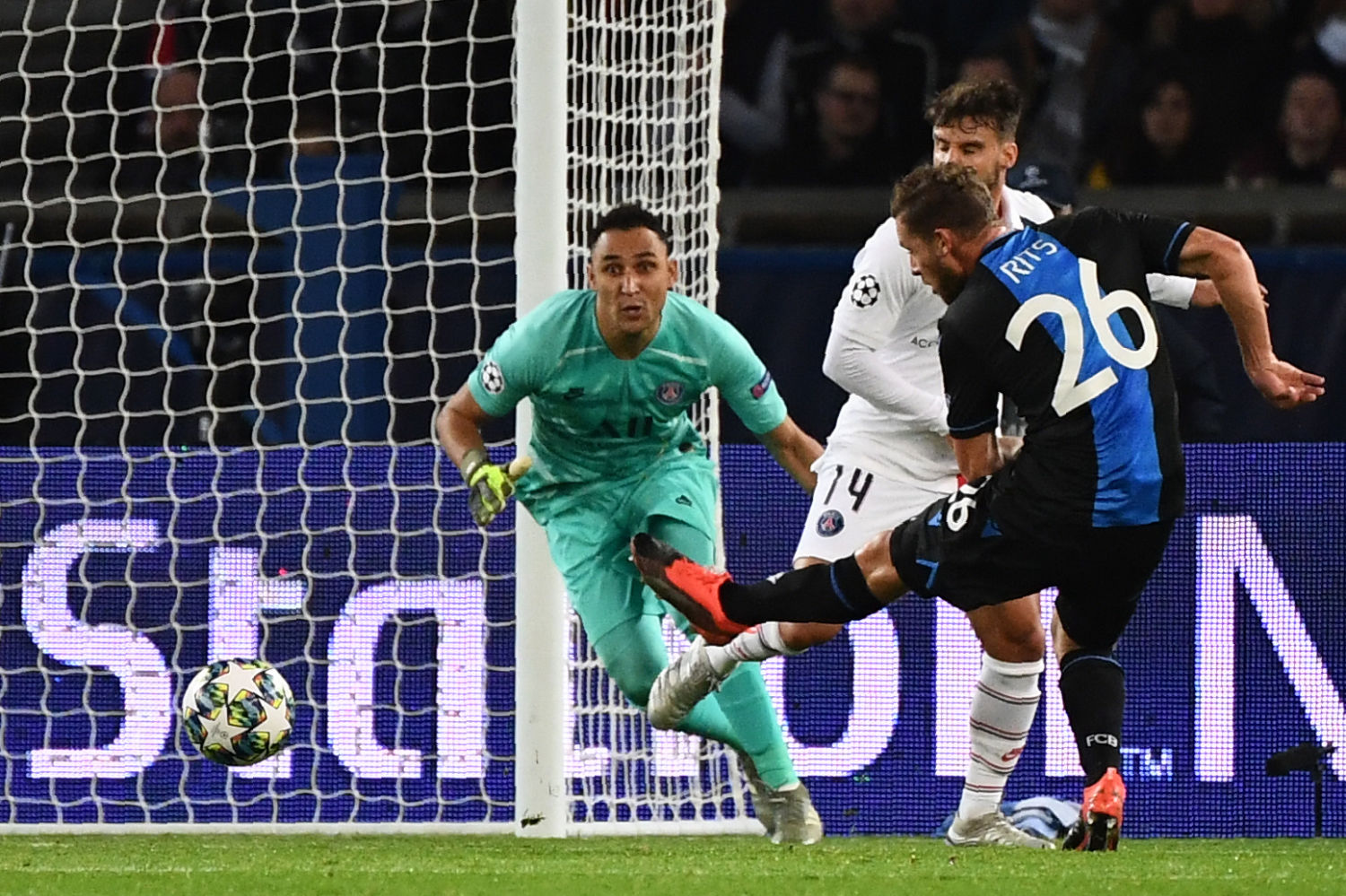 Questions were starting to be asked of Keylor Navas for the first time since he joined Paris Saint-Germain last summer from Real Madrid. In a recent article from L’Equipe, they documented his soft goals allowed against last-place Dijon FCO and his inability to get to solidify his partnership with PSG’s center-backs.

On Wednesday against Club Brugge in the UEFA Champions Leauge, Navas answered his critics with two spectacular saves in the second half and a penalty shot save that ultimately won PSG the game.

Here is the save in GIF form:

And from another angle…

This is the kind of performance in the Champions League that PSG fans were looking forward to when Navas officially signed for the capital club. At 32-years-old, he still has the physical ability to make a diving save, jump to his feet, and make another save off the rebound.

PSG may be looking towards the future but right now, it doesn’t get much better than Navas in goal.