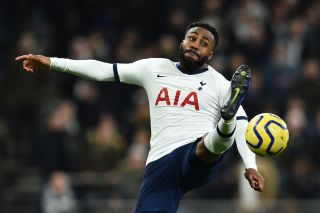 Paris Saint-Germain and Tottenham Hotspur are no strangers when it comes to negotiating transfers.

Lucas Moura and Serge Aurier are two recent examples and Giovani Lo Celso is another even if he had a brief stint with Real Betis before joining the North London club.

According to a report from The Sun, the two clubs could do business once again but this time, a Spurs player is expected to join the Ligue 1 leaders.

Danny Rose was sent out on loan to Newcastle United and given his comments about Spurs boss José Mourinho not giving him the same chance as everybody else, it’s unlikely the Englishman will receive a contract extension past this June when his current deal expires.

The report from the English publication reveals that PSG could opt to bring Rose to the French capital to fill the void left by Layvin Kurzawa who is out of contract after this season and isn’t expected to be retained.

With Juan Bernat the only natural left-back in the PSG squad once Kurzawa departs, Rose may find the Parisian project worth entertaining.

For PSG, the move makes a lot of sense. Rose is a quality defender when given an opportunity to play and he would add much-needed depth to the squad. The best part is he would arrive on a free transfer (Transfermarkt rates Rose at €20 million).

With new contracts expected for Kylian Mbappé, Neymar Jr., and several other key players, Rose would be a frugal signing that PSG sporting director, Leonardo, will be looking for this summer.