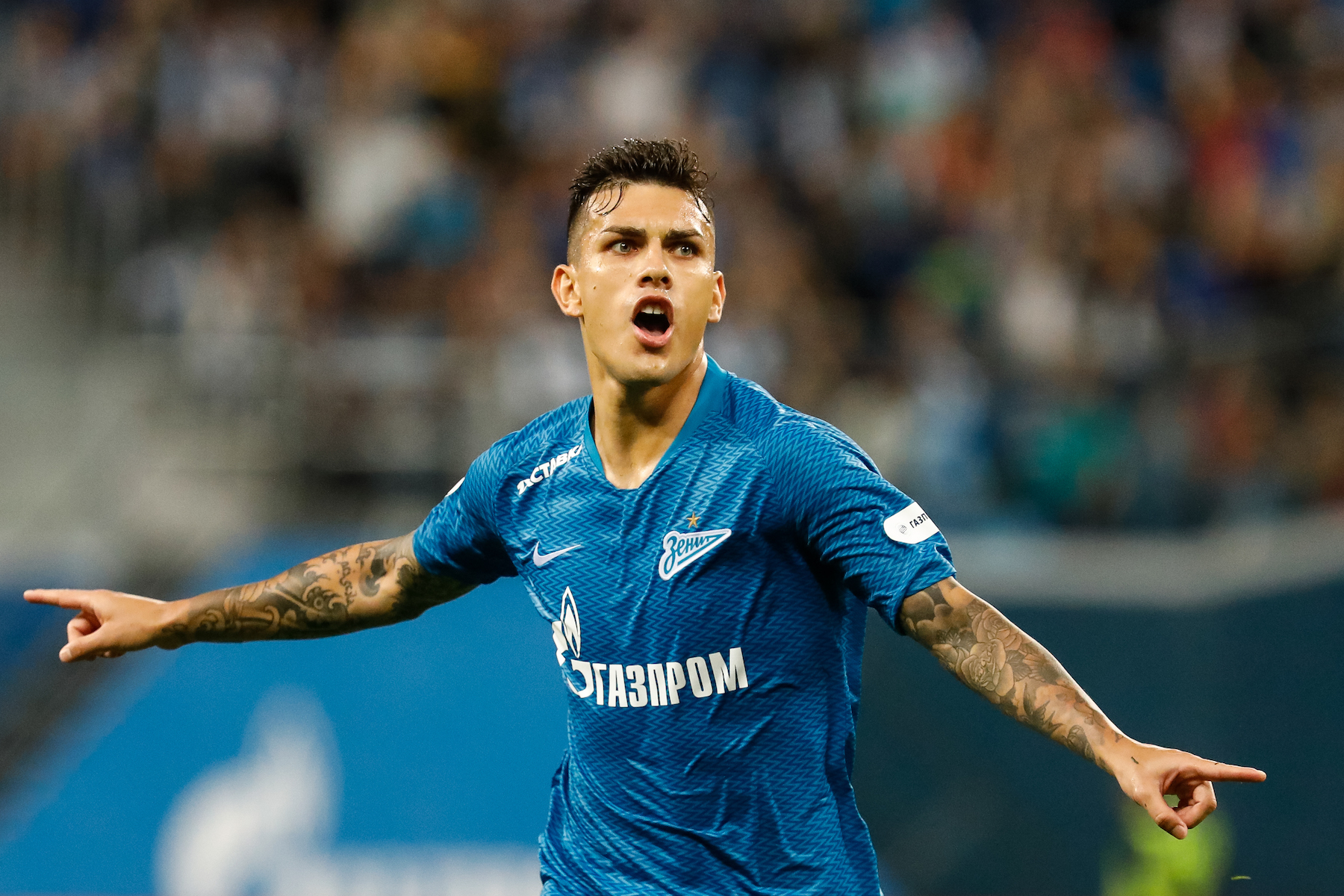 PSG Mercato
From Russia with Love: Leandro Paredes Is a Suitable Defensive Midfield for PSG
By Eduardo - 10 December 2018, 5:25

Paris Saint-Germain’s search for a defensive midfielder takes them to FC Zenit Saint Petersburg where Leandro Paredes is the latest player to be linked with the reigning French champions.

Unlike the Idrissa Gueye, who I wrote about in an earlier piece, and Fabinho, who was linked with the club last summer, Paredes plays out of sight in the Russian Premier League. However, it doesn’t mean he’s not a wanted commodity and given his skill set, he would solve a lot of PSG’s midfield issues.

Paredes began his career in Argentina with Boca Juniors and after a loan move to AS Roma fell through, he was signed by A.C. ChievoVerona for the 2013-14 season. The following season, Paredes went on loan to Roma but struggled to find consistent playing time in the Italian capital. With club legend Daniele De Rossi ahead of him in the pecking order, Paredes couldn’t overtake the defensive midfield position.

Another loan led the Argentinian to yet another Serie A club, Empoli FC for the 2015-16 season. Paredes was impressive enough that Zenit came calling during the summer of 2017 for €23 million. Since then, Parades has seen more playing time and has flourished in the Russian league.

On the defensive side of the ball, Paredes is a physical defender. Numbers courtesy of Who Scored show that he’s averaging about three total attempted tackles per 90 in his domestic league since his arrival in 2017.  Nonetheless, his total attempted tackles numbers are down from his time in Serie A. In Italy, Paredes averaged five tackles per 90. However, the number of times the opposition would dribble past him was high. With Empoli and Roma, Paredes was averaging two dribbled past per 90. The stat line has decreased since moving to Russia with only one opponent dribbling past him. Although his tackles have declined, it appears as though Paredes is choosing to pick and choose his spots instead of going all in and losing duels or committing fouls. The sign of a player coming of age.

If Paredes cannot take the ball away via a tackle, then he’s adequate at disrupting the oppositions passing lanes. Possessing 1.7 interceptions per 90, it makes him one of the top players in the squad. Whether it’s by tackling or intercepting the ball, Paredes can generate turnovers.

Overall, Paredes covers a lot of the pitch for Zenit. This heat map below via SofaScore shows how much ground he covers for his club this season.

When Paredes can create turnovers and he’s capable of linking up to the offensive attack. One of his strengths is his passing. Over the past two seasons with Zenit, Paredes is averaging 61 total passes per 90. It’s a near 20 pass increase from his final season with Roma. Furthermore, his long-ball accuracy has vastly improved. Paredes went from averaging three accurate long balls per 90 in Serie A to 7.4 in the RPL.

Along with being able to go the distance with his passes, Paredes can make the critical pass to jump-start the attack, which has improved with Zenit. Through two seasons with the Russian club, the Argentine is averaging 2.5 key passes per 90.

Paredes checks off a lot of boxes that PSG supporters would like to see in a defensive midfielder. He brings a physical style of defending but is smart about it. Also, his passing has vastly improved so Paredes can link up with his fellow midfielders and forwards. With all that said, Financial Fair Play is still hanging around, so the cost is a significant hurdle.

Both SofaScore and Transfermarkt have Paredes valued at roughly €20 million. However, with Zenit purchasing him for €23 million from Roma, expect the club to want to make a profit. According to Paris United, the club would like to buy the midfielder for a sum of €25 million. It’s a reasonable offer from PSG, but with Milan also looking to lure him back to Italy, expect a bidding war and the cost for his services to go well above €25 million.

PSG can lure Paredes to Paris with the promise of UEFA Champions League football, a guaranteed starting role, residency in one of Europe’s best cities, and the opportunity to play alongside Neymar Jr. and Kylian Mbappé. If PSG wants to land the Zenit midfielder for a reasonable price, then they will have to move fast. The longer the negotiations drag on, Zenit may decide to increase the price to a ridiculous level or pull out altogether.

A 24-year-old defensive midfielder who can defend and pass is an appealing target. Paredes brings that and more to the table. Plus, the price on him isn’t as high as it would be for Tanguy Ndombele. Add in the fact that this year’s Champions League is up for anyone to take, these factors should motivate PSG to act quickly to address one of their vital weaknesses in the January transfer window.

With the potential arrival of Frenkie de Jong as Adrien Rabiot’s replacement in the summer, PSG has the potential to solidify their midfield for years to come with Paredes working behind de Jong and Marco Verratti.