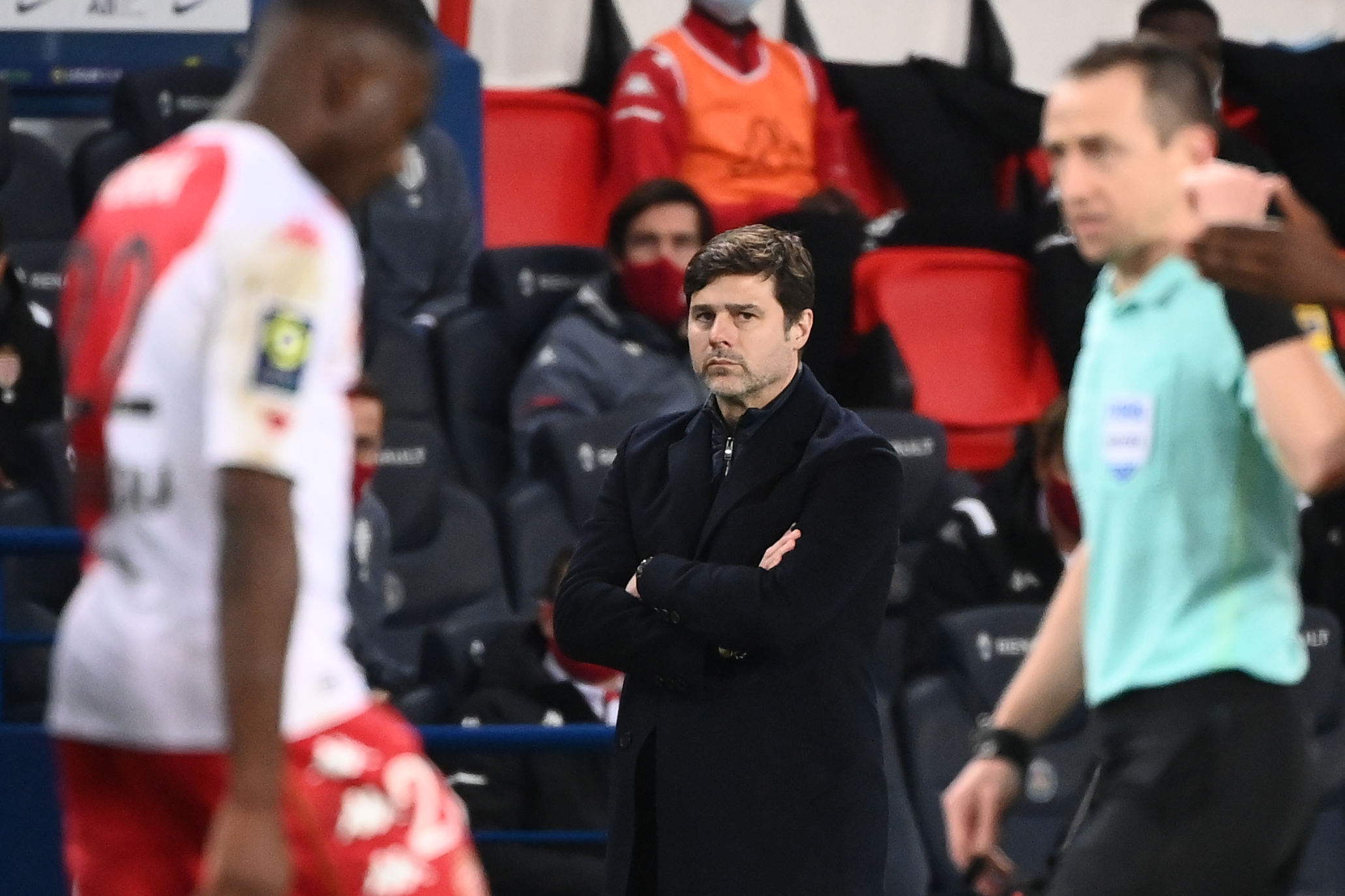 Match Recap Video
Video: ‘We Will Continue to Fight’ – PSG’s Mauricio Pochettino Discusses the Loss to Monaco and the Ligue 1 Title Race
By Eduardo - 22 February 2021, 9:15

Paris Saint-Germain is in a fight for the Ligue 1 title. The capital club hoped to use the momentum from their UEFA Champions League victory over FC Barcelona to secure top spot in Ligue 1.

Nonetheless, Les Parisiens fell on their face as they lost 2-0 to AS Monaco, who are now two points behind PSG in the Ligue 1 standings. Meanwhile, the French giants trail Lille OSC by four paints and Olympique Lyonnais by one.

After the match, manager Mauricio Pochettino spoke to the media, where Canal Supporters relayed his words when discussing the defeat.

Furthermore, the Argentine tactician touched on the title race in Ligue 1 as PSG sits four points from first place.