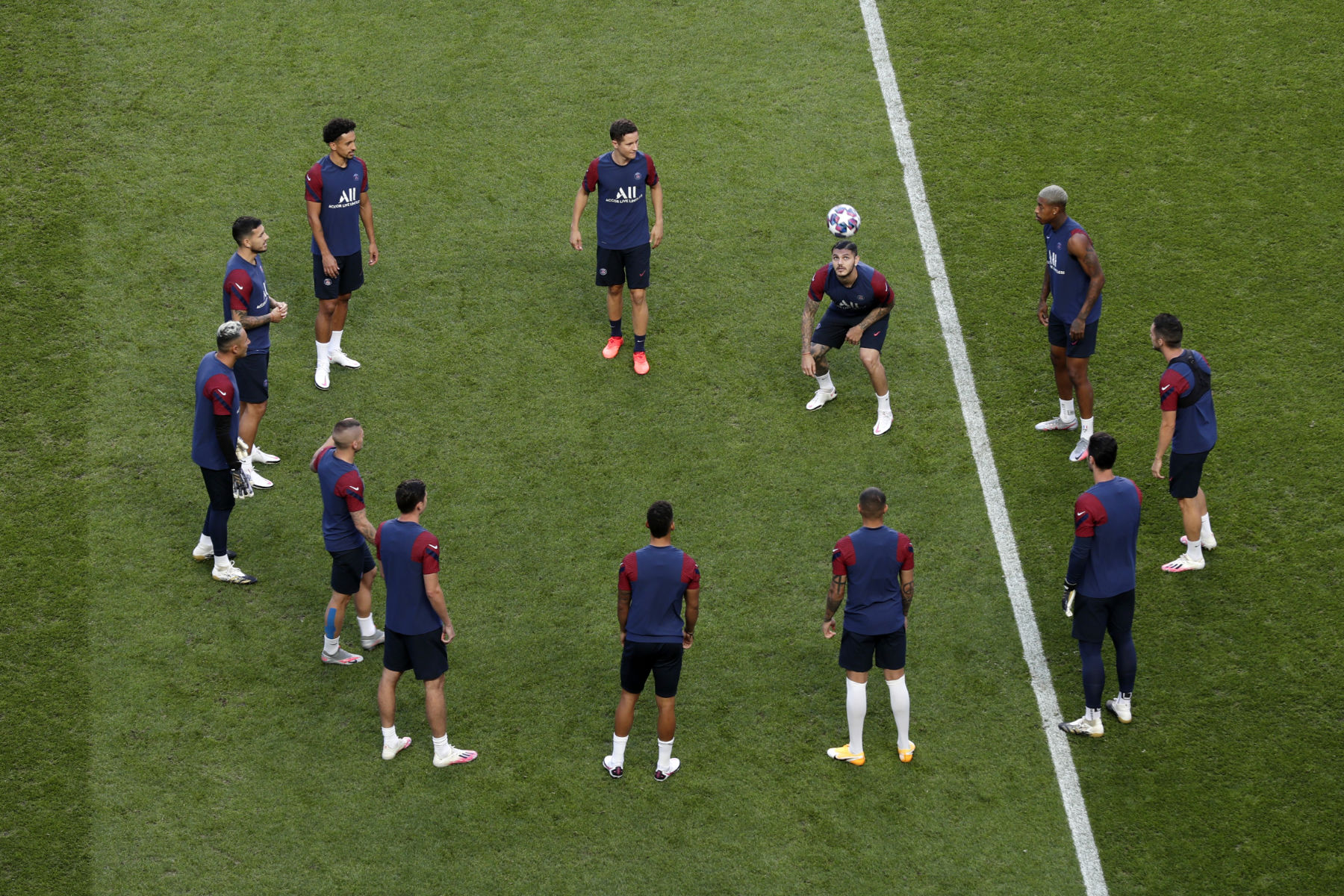 Given Paris Saint-Germain’s affinity for bad luck when it comes to the UEFA Champions League, it seems appropriate that I share the news that every member of the squad tested negative for COVID-19. It would be classic PSG if they couldn’t compete in the final because of an outbreak.

After a muscle injury kept him on the sideline for the semi-final against RB Leipzig, Marco Verratti is likely to play against Bayern but as a substitute according to journalist Jonathan Johnson. That sigh of relief of PSG supporters is from the news that Keylor Navas will start in goal after missing the match against Leipzig as well with an injury.

Verratti increasingly unlikely to be able to start, but Navas will be between the PSG sticks from kick-off. #UCLFinal #UCL

Those two players were the biggest question marks for manager Thomas Tuchel and while the news about Verratti isn’t great, with five substitutions available, we could see the Italy international sooner rather than later if PSG becomes overrun in the middle of the park.

With a full squad available to him, Tuchel will be like a kid in a candy store. We know he likes to come up with tactics geared towards how the opponent plays and the former Borussia Dortmund manager has plenty of options at his disposal. With that being said, here is who I believe Tuchel will go with against Bayern.

If it ain’t broke, why fix it? This is the lineup that put three past Leipzig and it should work again against the Bundesliga champions. The front three of Kylian Mbappé, Neymar Jr., and Angel Di Maria will look to expose Bayern’s high defensive line with Neymar playing the false nine role and Mbappé flying down the wing. Di Maria will need to be lethal from set-pieces and look for opportunities to play in his teammates with his patented through-balls.

In the midfield, Marquinhos will be a busy man. He will be tasked with stopping Bayern’s potent attack before it reaches the final third (easier said than done). Robert Lewandowski is one of the most prolific goalscorers in Europe and when you look at the rest of the squad, it’s really hard to find a weakness going forward. With Marquinhos will be Ander Herrera, who had a surprisingly solid game against Leipzig after spending most of the season injured, and Leandro Paredes, who along with Di Maria, will look to feed Neymar and Mbappé as they look to attack.

On defense, Juan Bernat goes up against his former team, and along with right-back Thilo Kehrer, the two full-backs will need to keep a close eye on Bayern’s speedy wing players who are much more interested in getting forward than defending. If they are up to the challenge, PSG stands a very good chance to win their first Champions League title.

Captain Thiago Silva will play in his final match as a PSG player and it’s fitting that it’s a Champions League final. Alongside him, Presnel Kimpembe needs to have a strong game both on the ground and in the air. The PSG-trained defender pocketed Erling Haaland back in the Round of 16 and he’ll need another career-defining performance with Lewandowski, Thomas Müller, and Serge Gnabry running at him.

Navas needs to be solid in goal because even though Sergio Rico kept a clean sheet against Leipzig, he didn’t look confident at all. Navas has experience in Champions League finals with Real Madrid and he will need to keep the defense calm and organized for 90 minutes.

This is a heavyweight battle in every sense of the word. Bayern may be considered favorites but only because their 8-2 demolition of FC Barcelona is still fresh on everyone’s mind and PSG needed a stoppage-time goal to get past Atalanta in the quarter-finals. PSG has the talent to defeat Bayern Munich but it all comes down to tactics, execution, and weathering adversity. If PSG can do that, they’ll be champions.

Prediction: 3-2 to PSG with goals from Bernat, Neymar, and Mbappé.

A Closer Look at a Wage Breakdown of Neymar’s New Contract Extension Deal With PSG
8 May 2021, 20:50

Report: Verratti and Three Other Players Will Miss PSG’s Ligue 1 Fixture Against Rennes Due to Injury
8 May 2021, 20:10
Follow Us