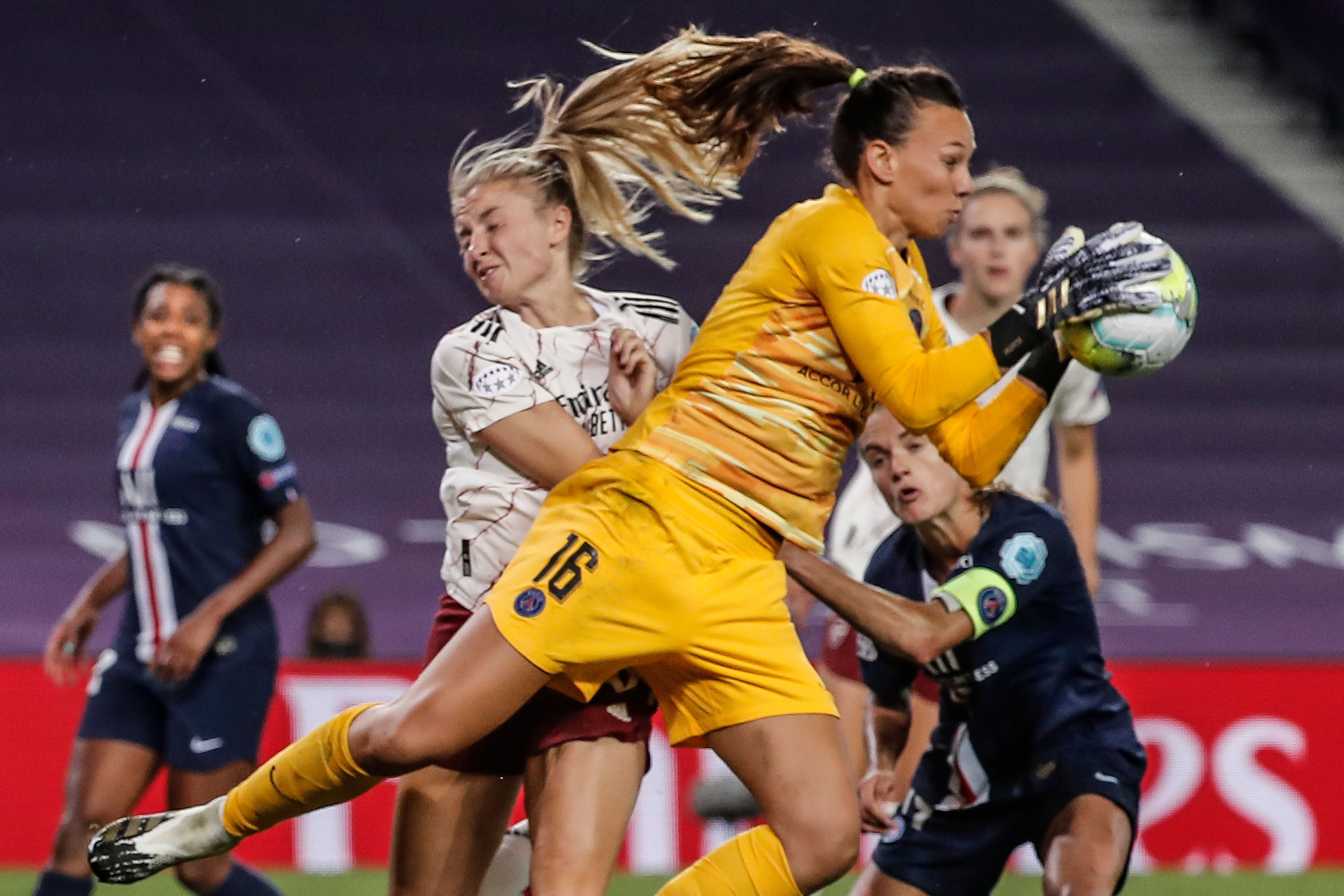 News
Endler on Pressure They’re Putting on Themselves To Win the Champions League and the Men’s Squad Reaching the Final
By Eduardo - 23 August 2020, 9:37

Paris Saint-Germain Féminine goalkeeper Christiane Endler interviewed with Goal to discuss what the capital club expects to accomplish in the latter stages of the UEFA Women’s Champions League tournament.

Manager Olivier Echouafni had some goals before the start of the 2019-20 season, and that was to walk away with a trophy. However, the squad has come up short at that end of the task, and the Champions League is the last competition where they can win some silverware.

Endler echoes the sentiments of their coach as she has no problem with the objective of they have to win everything.

“Of course, we want to win everything! Sometimes you can. Sometimes you can’t. But if you come, it’s to win the trophy. It’s the last competition of the year, and we want to win something,” Endler said. “We think we deserve it because we had a very good season. With the Covid-19, we couldn’t finish the championship. When we resumed, we lost the final of the Coupe de France on penalties. If all goes well, I am convinced that we can win the Champions League.”

Heading into the competition, Les Parisiennes is facing some pressure with no trophies this season. Despite not having to deal with the expectations of winning this tournament like Olympique Lyonnais.

The Chile international states that the squad is putting pressure on themselves to win the Champions League.

“Maybe we have a little less pressure than some teams. But I still think we have more pressure than Arsenal in this quarter-final,” Endler said. “There is a lot of expectation around our team, and we ourselves are under pressure because we have to win.”

Endler is then asked if seeing the men’s squad reach the UEFA Champions League final motivate their team.

“Of course, we want to put PSG on top in all the leagues. It would be great to have the guys and girls in the final of Europe’s biggest club competition,” Endler said. “I hope they will be good. We’ll watch the final. We will support them. and we hope to see them win.”

Finally, the 29-year-old gives a prediction and believes that their male counterparts will win their match against FC Bayern Munich.

“Obviously, I believe it. They have a very strong team with great individualities, but above all, a huge collective. Hope everyone can play,” Endler said. “I know Keylor (Navas) got injured. We’ll see if he can play, but Sergio Rico is also a very good goalkeeper, and he has proven that he can perform well. I hope they will show on the pitch that they have worked well this year by winning this Champions League.”