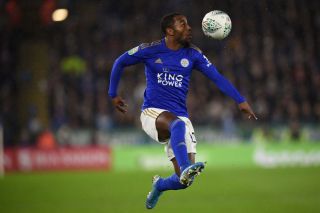 PSG Mercato
Leicester Missing Out on Champions League Opens the Door For PSG to Pursue Defender
By Ed - 27 July 2020, 6:53

At the start of 2021, Leicester City FC held a 14-point-lead over Manchester United. The Foxes were flying high in second place while the Red Devils languished in a distant fifth place in the Premier League table.

The season in England concluded on Sunday and miraculously, Manchester United finished four points ahead of Leicester to qualify for the UEFA Champions League while Brendan Rodgers’ squad will compete in the UEFA Europa League next season having finished in a disappointing fifth-place considering where they spent much of the season.

What does this all have to do with Paris Saint-Germain? Well, the newly crowned Coupe de France champions could use a quality right-back in the squad having recently allowed Thomas Meunier to join Borussia Dortmund on a free transfer and Leicester City has a player in their ranks that has spoken highly of PSG in the past.

Last December, Ricardo Pereira gave an interview to Goal France in which he praised PSG and mentioned that he continues to keep up with Ligue 1 (former OGC Nice player). When asked if he aspired to play for a club like PSG or Juventus FC, who are also rumored to be interested in signing him, the 26-year-old mentioned his desire to play in the Champions League.

“Of course. We always want to level up and all players dream of playing in the Champions League. It’s a big competition and it’s good to have been followed by these kinds of clubs. These are positive things that make me work.”

Unfortunately for Pereira, he suffered a season-ending knee injury last March that contributed to Leicester’s inability to qualify for the Champions League and their manager recently announced that the Portugal international likely won’t be ready to play until October.

A report from Le Parisien last May quoted a price tag of around €30 million for Pereira but considering his injury, lack of Champions League football, and the financial issues from the coronavirus pandemic, perhaps PSG could negotiate a more manageable transfer fee.

It would be a risky move from Leonardo, PSG’s sporting director, to sign Pereira. There’s no guarantee that he will regain his form that he had prior to the injury but we also don’t know how long the Thilo Kehrer at right-back experiment will continue to work for PSG either.

Leonardo is looking at several other defenders to bring in but few are as talented as Pereira. For me, it’s at least worth a discussion to see if Leicester would consider selling and whether or not Pereira is ready for the big stage in the French capital.

“They Are Out of Place” – Leonardo Responds to Javier Tebas Comments Regarding PSG’s Finances
14 September 2021, 21:40
Follow Us