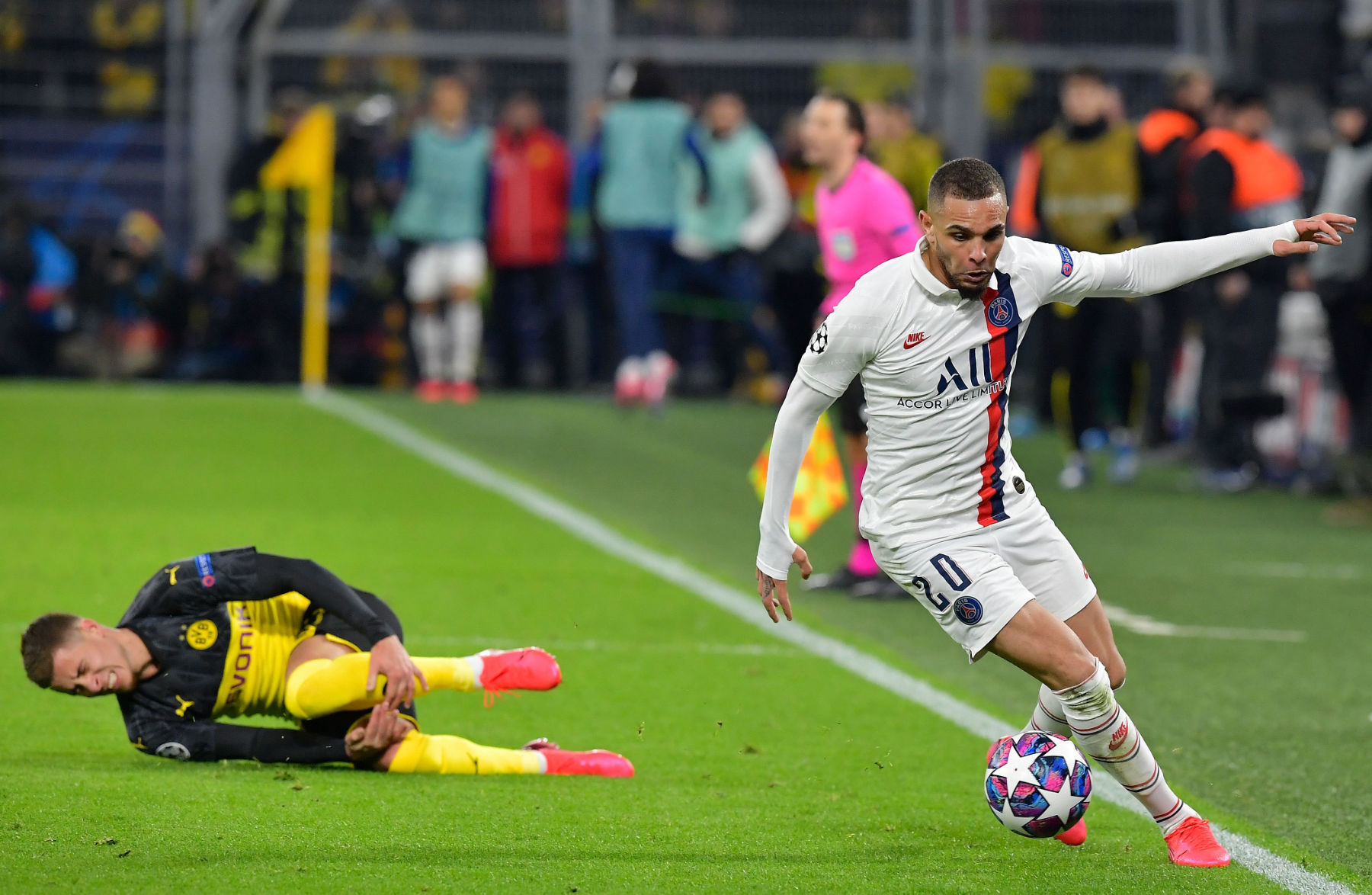 News
Kurzawa on His Contract Extension, Maturity, and Relationship With Tuchel
By Eduardo - 4 July 2020, 3:30

Layvin Kurzawa’s contract renewal caught most Paris Saint-Germain supporters off-guard and will keep the left-back in the French capital until 2024.

After putting pen to paper, the Frenchman sat down with the capital club’s website to discuss the matter. However, one question that didn’t get asked was why he made the decision to stay in Paris instead of leave for another club.

In the last few months, countless rumors linked Kurzawa away from the Ligue 1 champions. What was the dialogue that brought both sides to work out a deal?

Perhaps on PSG’s side of things, it’s better to pay Kurzawa rather than having to pay a club a transfer fee for a backup to Juan Bernat. It allows for Les Parisiens to allocate that money towards another position.

Meanwhile, for Kurzawa, it may be that he wasn’t receiving the type of deals he expected. Nonetheless, he did elaborate on how it feels to stay at PSG for another four more seasons. Also, Kurzawa reflects on the first five years with the club.

“It is a great pride! I am happy to continue the adventure here. It has lasted five years, plus four now. It is enormous! I will enjoy and give everything for the club,” Kurzawa said. ” I will work, do my best. I know that by giving everything, it will be fine. For me, this is the most important.”

Kurzawa then discussed how he’s developed since arriving from AS Monaco in 2015 and how he’s matured over the years.

“It took five years! I think I have matured. When I arrived, I was young, a little more “foufou.” Since many things have changed in my life, I notably had a child,” Kurzawa said. “I think that’s also what allowed me to extend. I gained in maturity. I am more posed. I think that was an important point in the thinking of the club.”

Although the interview ventures into his thoughts on the UEFA Champions League. One of the final interesting questions that found its way into the conversation was his relationship with manager Thomas Tuchel.

“I have a very good relationship with him. This allowed me to have playing time this season. After unfortunately, there was confinement, but I was able to play several matches despite my status as a substitute behind Juan (Bernat),” Kurzawa said. “It is also a mark of confidence on his part because I did not think that I was going to play as many matches. I notably played the knockout stages of the Champions League against Dortmund, which was something strong for me. That’s why today, I don’t have the words, but I’m very happy to sign four more years.”