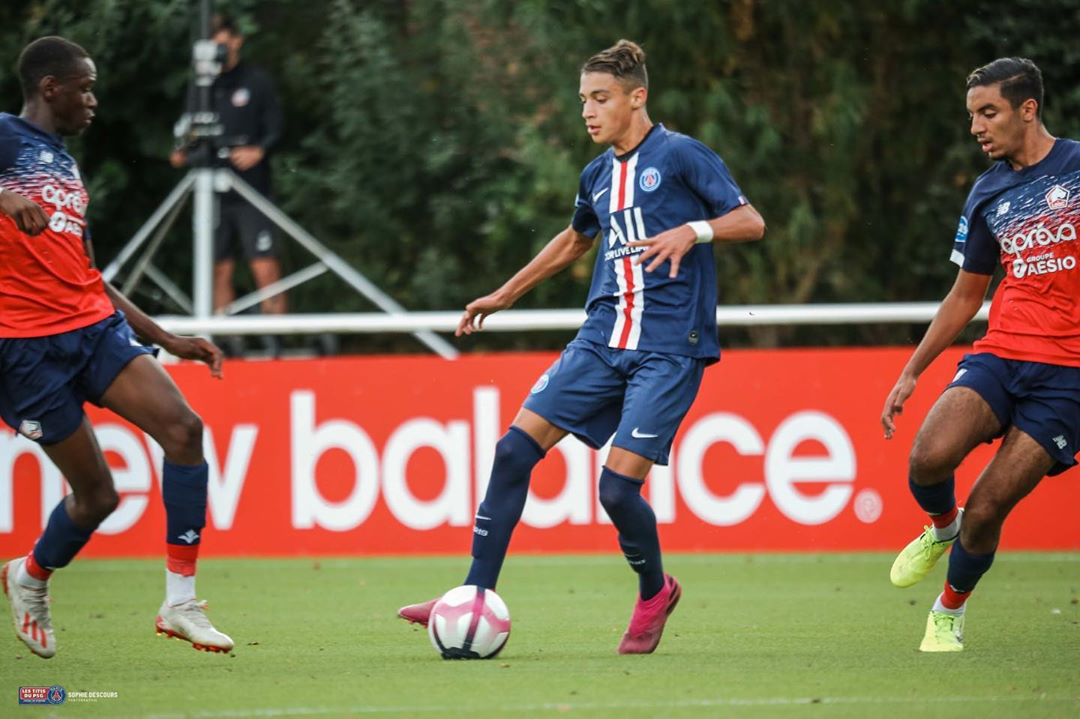 The football prodigy left Barcelona in 2014, along with a number of promising players, after the Catalan club was hit with a one-year ban for breaching FIFA rules regarding the transfer of players under 18-years-old.

PSG scooped up Ruiz-Atil in 2015 where he’s continued his development and signed a professional deal in 2018, but he may never make it to the first team as reports indicate that he is at an impasse with the Ligue 1 champions.

According to Le Parisien, Ruiz-Atil has turned down a contract extension and with his current deal expiring in 2021, it could be a matter of time until PSG loses yet another one of their young stars.

The issue appears to be the player’s desire to train with the first team and PSG’s reluctance in doing so. During an Instagram Live broadcast, Ruiz-Atil made his demands clear.

“If PSG does not want me to train with the pros, there are other clubs. It is not at PSG that it will end.”

The midfielder, who has signed a sponsorship deal with Adidas and has the same agent as Zinedine Zidane, will not be without options if things don’t work out at PSG. The Sun reports that Arsenal FC, Chelsea FC, Borussia Dortmund, and Olympique de Marseille could all be interested in the Lyon-born player.

There’s no question that Ruiz-Atil has real talent. You don’t make it to La Masia and PSG without being one of the best young footballers on the planet. However, his over-eagerness to prove himself and his willingness to make demands on social media are definitely warning signs. With so many talented players coming up through the ranks at PSG, if a deal cannot be agreed upon with Ruiz-Atil, I would be fine with him playing his football elsewhere.