Logos in sports are an ever-changing identity for a franchise or football club. It seems every decade there’s a touch-up or a complete overhaul on a logo.

These types of changes tell a story, representing a time in a team’s history. A change in logo is sometimes a welcome makeover, as it often comes with new ownership or the organization trying to turn a leaf.

An example of this kind of change is the Brooklyn Nets of the National Basketball Association, who, after moving from New Jersey, decided that the franchise needed a new look heading into a new city.

However, there are times in which change isn’t a welcome sight as Juventus FC supporters will tell you after the club decided to scrap their logo filled with history for something new, but generic.

Now, when it comes to Paris Saint-Germain, the Parisian club has gone through a few changes of their own since their founding in 1970. With their upcoming 50th anniversary, it’s time to look and rank the logos from worst to best over the last 50 years.

Not sure what’s going on with this one here, but it only lasted a season from 1986-1987. PSG began designing a logo and crafting an identity, but it still needs work.

I’ll be honest, having a logo in which the acronym “PSG” is the main feature isn’t the most attractive logo since it doesn’t give off an identity, which is why it only lasted four years from 1992 to 1996.

6. The Parc’s First and Only Appearance

This logo (1982-1990). However, one issue with it, there’s too much going on as the Eiffel tower with King Louis XIV’s cradle underneath is excellent, but the addition of the Parc des Prince below all that seems accessive.

It only lasted two seasons (1970-1972), but the first logo in PSG’s history had some potential. The first time you try anything will never be perfect, but I would’ve liked to see what the club could do with this logo with a red boat (symbol of Paris) in the middle inside of an old school soccer ball screams unique and one of a kind.

One of the first significant changes Qatar Sports Investments made when they took over PSG (2011), aside from infusing the club with more money, was to make changes to the logo. After years of being part of the official logo, out came Louis XIV’s cradle, but the fleur-de-lis remained. The decision wasn’t a popular one.

Also, the word “Paris” was given significant prominence with its enlargement over the much smaller “Saint-Germain.” While I’m upset with the removal of the cradle, I like that they inserted the fleur-de-lis to keep some French influence in the logo. 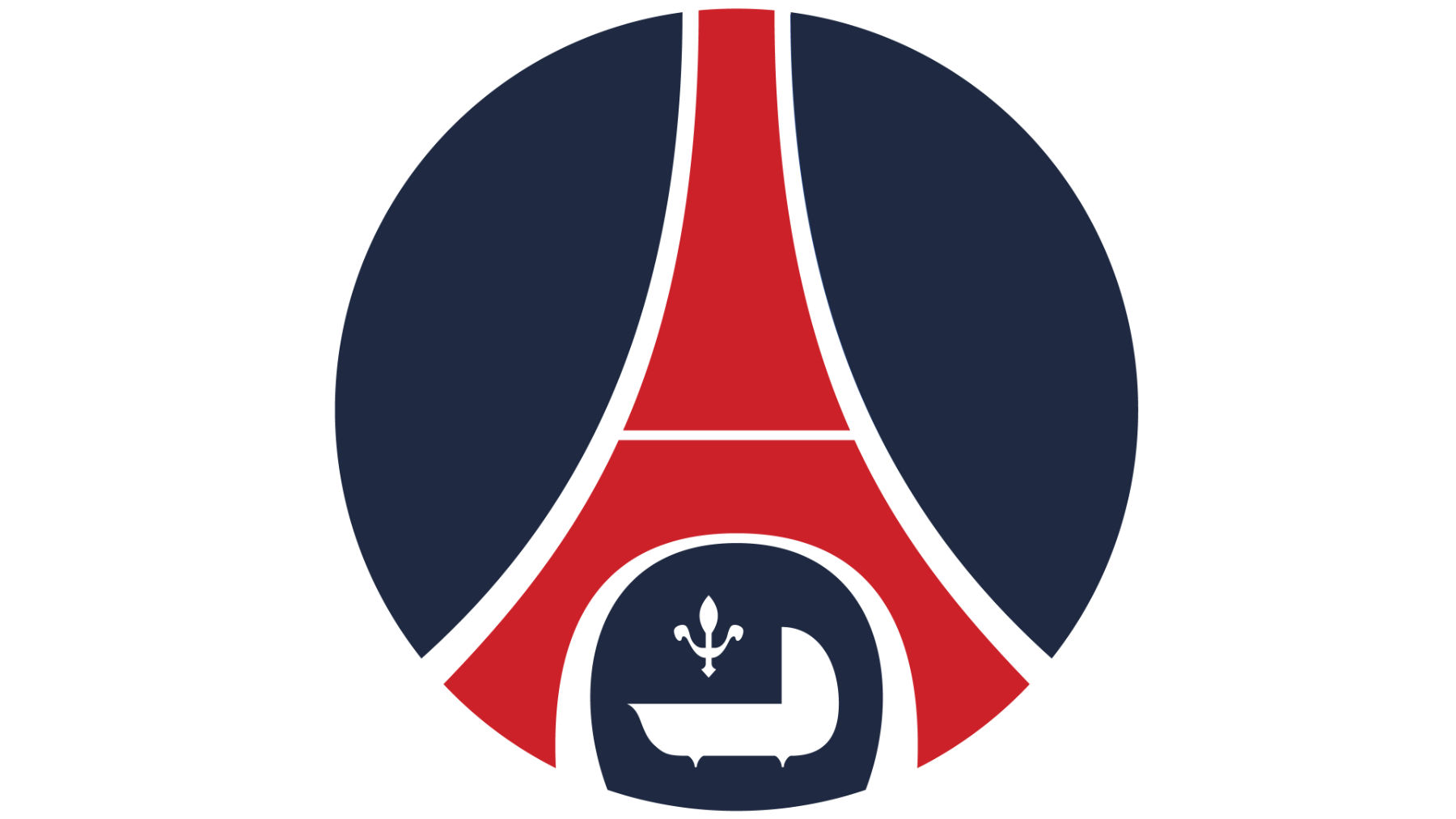 If you’re a fan of minimalism, this logo (1972-1982) probably works for you. I love the navy blue and dark red coloring and there are some ties to the French culture with the cradle and fleur-de-lis. However, without the name of the club, this logo feels incomplete. 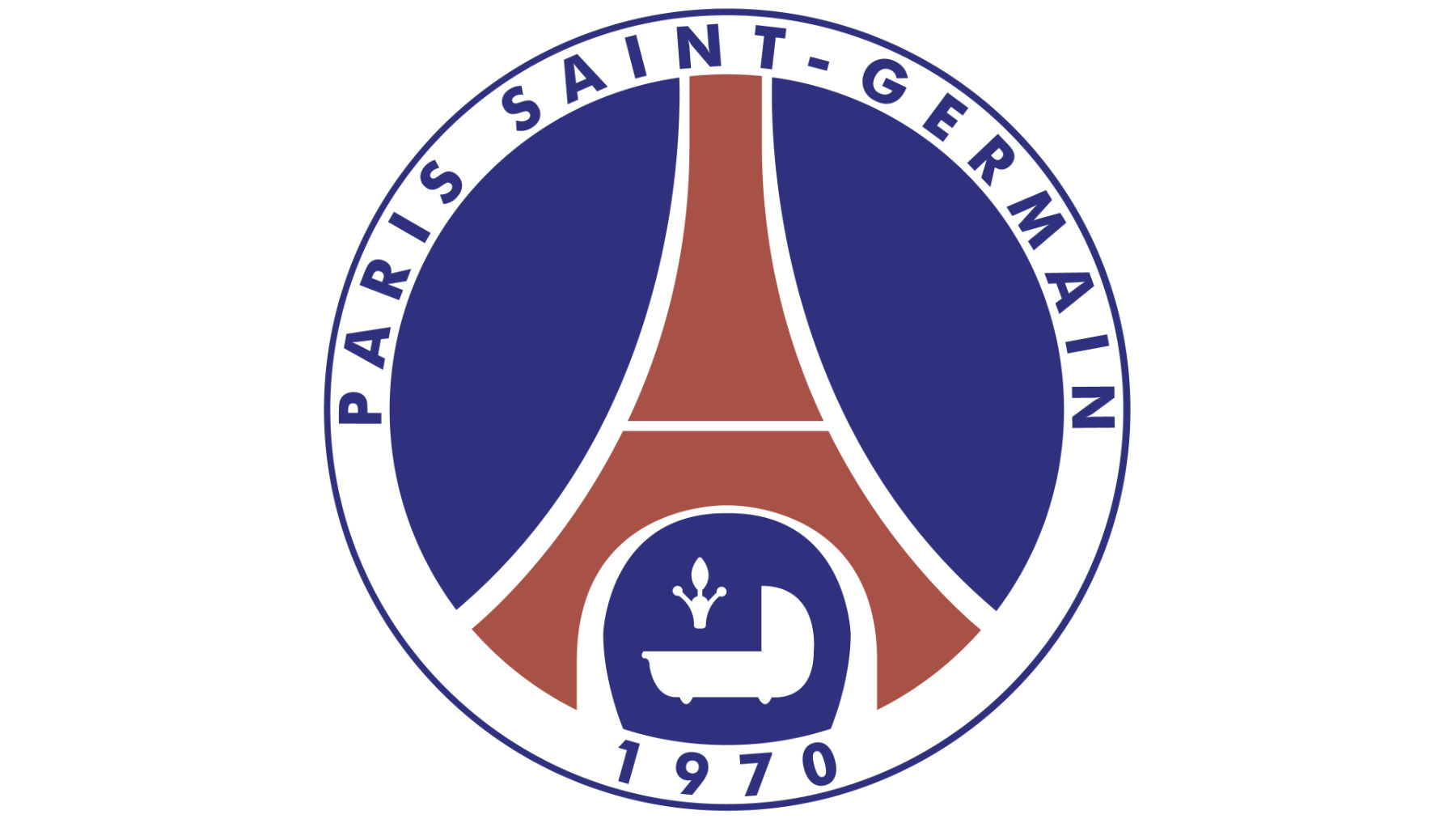 There’s not much wrong with this logo (1996-2002) and it’s really not that much different from my top pick. You have the Eiffel Tower, cradle, name of the team, and the year the club was founded. All of the elements are here, but I deduct points because of the faded coloring and the weird spacing between the letters.

The logo from 2002-2013, for me, is the best in the club’s history. You have the name and year they were founded at the top and bottom, but in the middle, there are three symbols of French influence. It has the right coloring, plenty of French influence, the name of the team, and the year it was founded.

Many great players represented Paris Saint-Germain wearing this logo and for me, it’s the best in the club’s history.