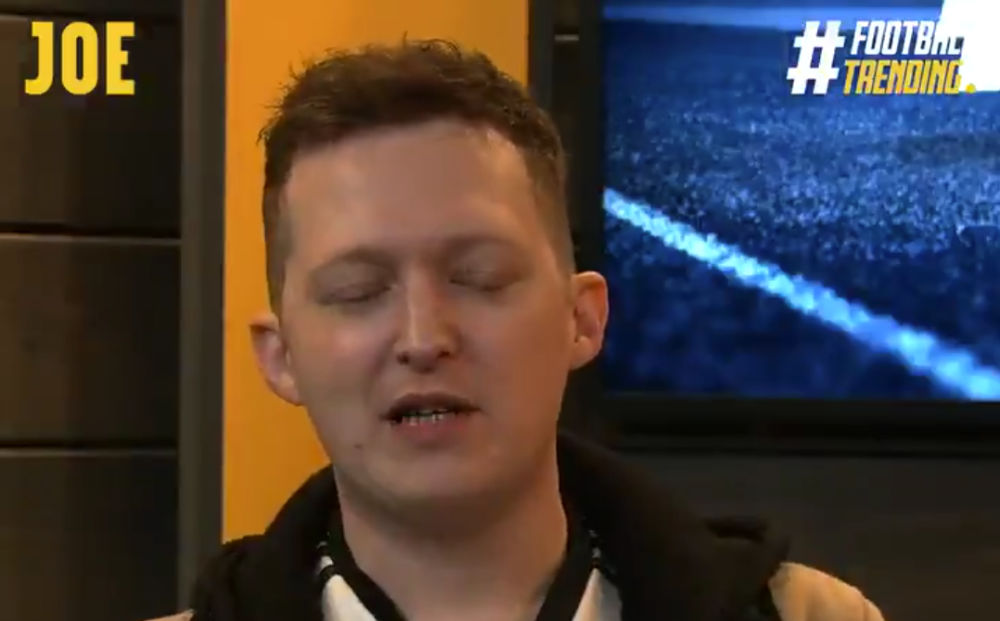 Something called FootballJOE posted a video on social media of four of their contributors talking about Paris Saint-Germain’s post-match celebration after defeating Borussia Dortmund to reach the quarter-finals of the UEFA Champions League.

Before you watch the video below, I should warn you that the clip is incredibly mind-numbing and might possibly be the dumbest thing ever posted on the Internet. We’re still waiting for confirmation on that.

"What does it say about PSG that their siege mentality is, 'this 19-year-old posted something on Instagram about us.' Their mentality is spectacularly weak."

Were Paris Saint-Germain's celebrations after their win over Borussia Dortmund overstepping the mark? pic.twitter.com/xyhxnDyBFc

What’s impressive in the video is that this lot managed to check off every PSG insult in under four minutes.

There was the classic dig at Neymar Jr.’s relationship with his sister, the fact that PSG spent a lot of money to be competitive (how dare them!), everyone hates PSG, winning Ligue 1 doesn’t matter, and the fact that PSG hasn’t reached the quarter-finals of the Champions League since 2016. It was the “Now That’s What I Call Music!” of PSG hatred.

As ridiculous as the video is from a site desperately wanting to be Barstool Sports, it highlights a deep-rooted issue that PSG fans have known for a long time, which is many (if not all) English-language football outlets have an inherent negative bias towards Paris Saint-Germain.

You heard it from Kyle Picknell, the guy with the “vintage” AS Roma shirt buttoned up to the top in the video. “People don’t like PSG anyway, they’re just the most embarrassing team around,” Picknell mumbled.

That is 100 percent what many English football pundits and writers believe. They’re not even trying to hide it anymore and the further PSG advance in the Champions League, the more brazen these comments will be.

After the final whistle and PSG were victorious over Dortmund, many football outlets published the usual match reports but there was an equal amount of articles calling out PSG players for mocking Dortmund striker Erling Haaland. I can assure you that if Dortmund knocked PSG out of the competition and Haaland mocked Kylian Mbappé, no one would have an issue with it.

This is why PSG Talk exists. We’re critical of PSG and the players at times, but it’s fact-based. We actually watch the games. We’re invested and knowledgeable about the team. We appreciate those who continue to support what we do and call out sites like FootballJOE who continue to embarrass themselves like this.

By the way, FootballJOE, it’s 2020, and you might want to update your “About” page. “We aim to give men something better than what we’ve been used to over the past few years of online publishing.” What the hell does that mean? “We’re the biggest premium male-focused publisher in the UK…” I’m just glad there is a site out there catering to men because we know the world certainly doesn’t favor them at all…