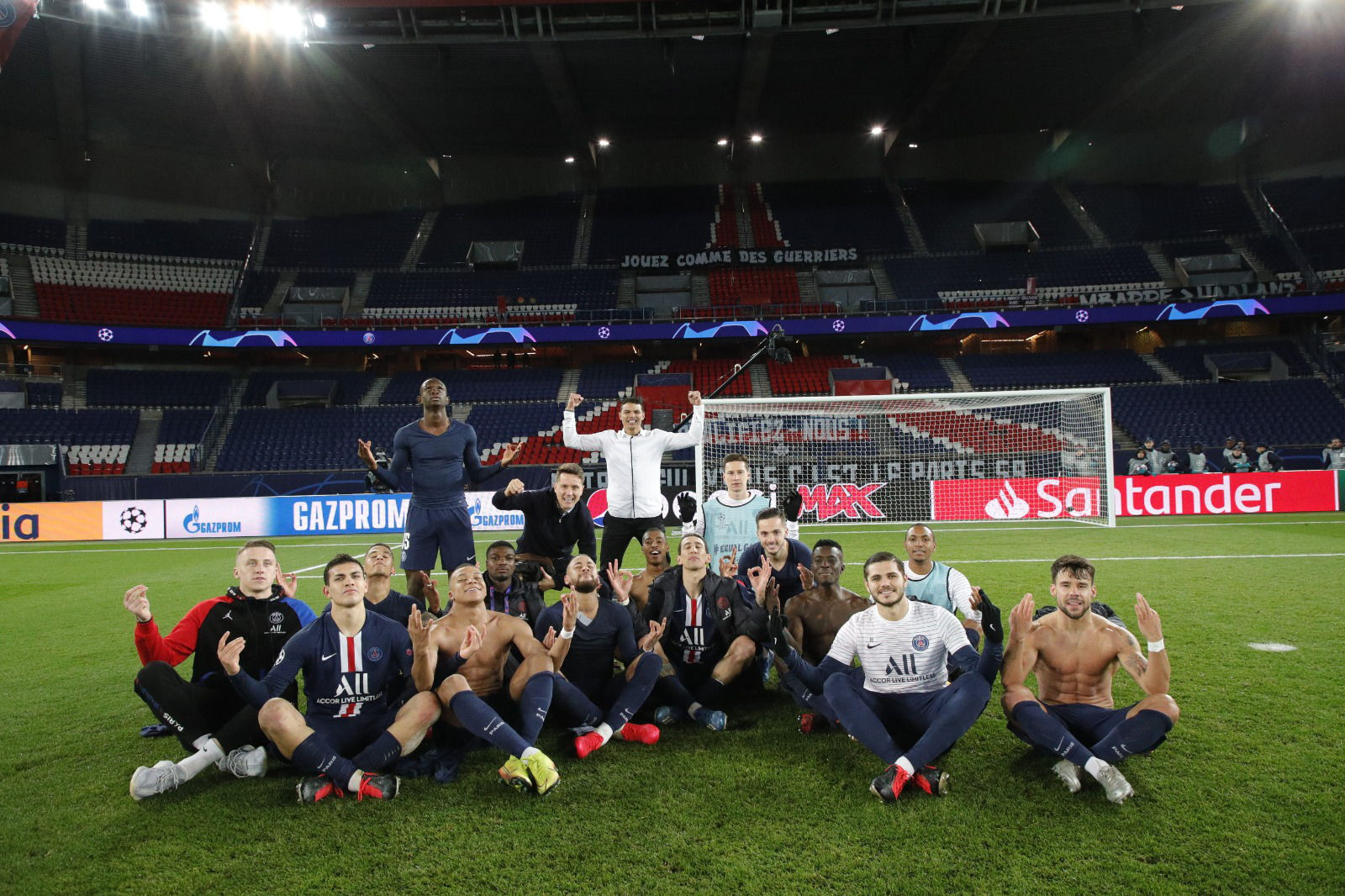 Paris Saint-Germain advanced to the quarter-finals of the UEFA Champions League on Wednesday night after defeating Borussia Dortmund 2-0 at the Parc des Princes.

After Neymar Jr.’s opener in the 28th minute, he celebrated by mocking Erling Haaland. You’ll remember that after scoring against PSG in the first leg, the 19-year-old celebrated by crossing his legs and meditating on the pitch.

The mocking continued after the final whistle and it wasn’t just Neymar this time. The official PSG Twitter account took a team photo of every player doing Haaland’s signature celebration as well:

If you thought the fun ended after the team photo, you would be wrong! The party continued back in the PSG locker room and players posted videos of them mocking Haaland on social media:

As much as PSG supporters enjoyed this kind of light-hearted banter, it didn’t go over well with the “football blue checks” on Twitter and those who genuinely dislike everything about PSG.

Can't wait for the next round when Haaland posts an image of him doing this just after PSG are knocked out in tears… https://t.co/AVTPPoUUKF

Why is the entire PSG squad mocking a 19-year-old kid for daring to celebrate scoring a goal against them in the Champions League?

The butt-hurt is real here so allow me to explain why their tears are unwarranted.

First of all, Haaland is 19-years-old. Last time I checked, that makes him an adult. Stop calling him a kid. He’s also a professional footballer who makes a lot more money than you do. He doesn’t need you to defend him on social media.

This wasn’t a case of Haaland living anywhere rent-free. This was a case of a young player learning a valuable lesson in football: Chat s**t, get banged.

Also, conveniently left out of their ranting and whining is the fact that Haaland posted a weird selfie the morning of the match with a caption that read, “My city, not yours” with “Paris” in handwritten letters below.

That was a direct shot at the club, the city, and the players. But, fair play to Haaland. If he posted that message and backed it up on the pitch, we would have had to take it. That’s not what happened though.

Haaland spent the entire match in Presnel Kimpembe’s back pocket and then after the match, he blamed the performance on not having his fans behind him. That’s a clown excuse, bro.

Haaland’s post was disrespectful but it was par for the course considering what the official Dortmund account and Axel Witsel posted before and after their win last month. Let’s take a trip down memory lane:

This team and some of their supporters got awfully cocky after the 2-1 win in Germany and all of that noise led to PSG clapping back during their celebration once their ticket to the quarter-finals was punched. That’s a veteran move.

Neymar is a big reason why PSG’s European dream continues and he had the final word on Instagram:

Paris is our city, not yours. Don’t ever forget that, Haaland.