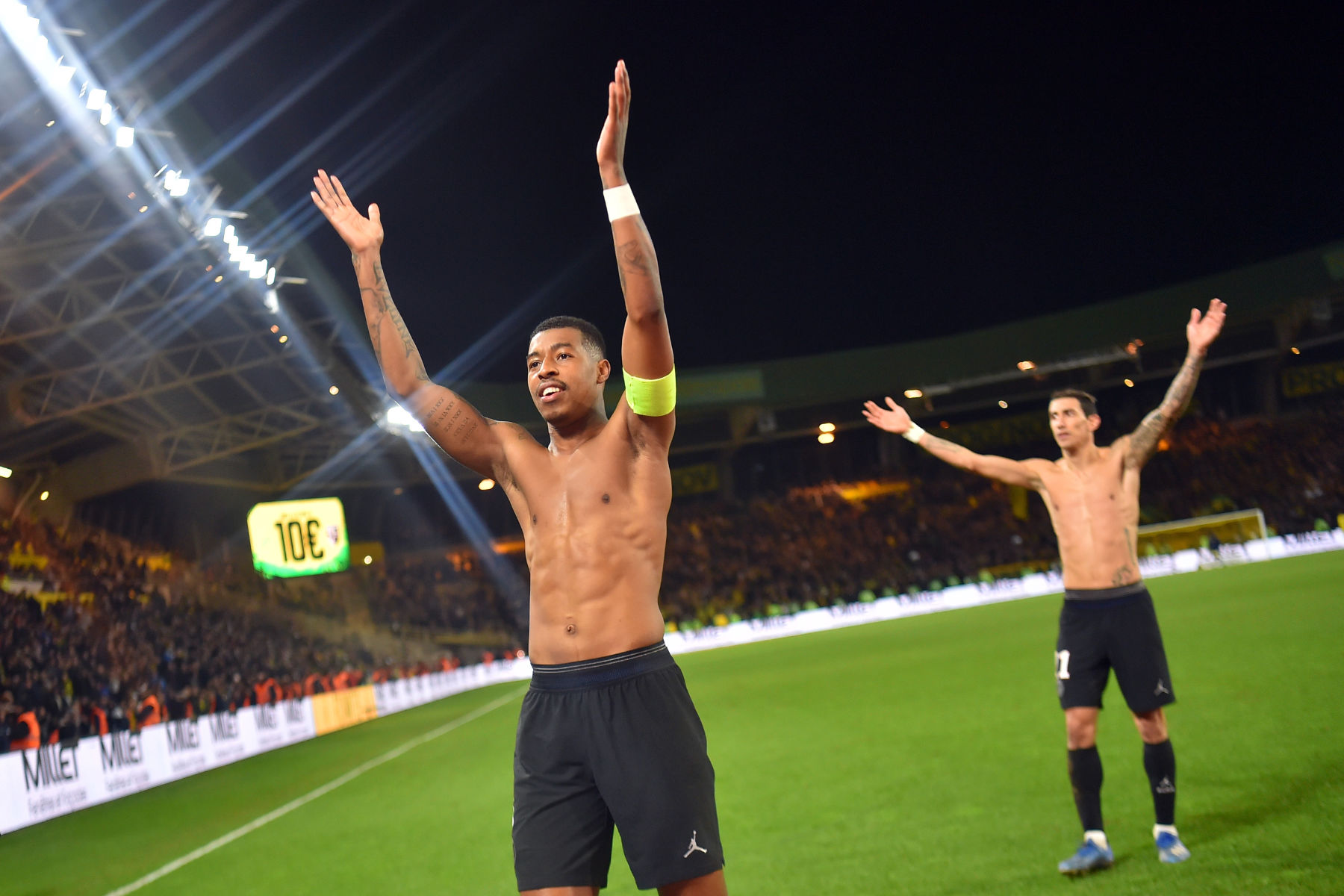 Paris Saint-Germain made their trip to the Stade de la Beaujoire a lot more difficult than it needed to be despite getting the 2-1 victory.

For the first hour of the match, PSG was well in control against FC Nantes. Mauro Icardi got a slight touch on Angel Di Maria’s shot to score PSG’s first goal on the night and Thilo Kehrer scored a rare goal off a corner kick to double the lead.

In the 68th minute, though, Presnel Kimpembe tried a clever back-heel pass to Kehrer with Moses Simon pressing him and the Nantes attacker was able to win the ball and sprint towards Keylor Navas unchallenged and scored.

“It was a bad choice on his part,” Tuchel said of Kimpembe’s mistake after the match according to Le Parisien. “He was very strong in the last match against Montpellier and still today. It was overconfidence, a little moment when he took too many risks.”

Up until this point, Nantes was nothing special. If not for several missed chances from Kylian Mbappé, the scoreline could have been well out of reach for Les Canaris.

However, the goal provided the spark Christian Gourcuff’s men would need and they put PSG to the sword in the final 20 minutes of the match. Navas was called upon several times and if not for him making point-blank saves, Nantes would have equalized with the chances they created.

The end of the match proved that PSG still has an issue with closing out games when they’re in the lead. Whenever they make a mistake and give up a goal, they don’t know how to keep their composure and see out a game in a professional manner.

They showed glimpses of being able to see out a match late on. Di Maria’s tackle to break up a Nantes attack in the 90th minute earned him a yellow card but more importantly, it stopped a potential equalizer.

That is what PSG must do against teams like Borussia Dortmund in the UEFA Champions League. Sometimes you have to be a bit cynical and commit a harsh challenge to preserve your lead.

PSG manager Thomas Tuchel is also to blame for Nantes’ late resurgence. He should have made a chance sooner than the 78th minute when he took off Icardi for Julian Draxler. Tanguy Kouassi, while only 17-years-old, could have been the defensive stopper needed to help close out the match.

The match against Dortmund is now only 13 days away and supporters would prefer to not see this kind of capitulation against a team like Nantes. The good news is PSG has matches against Olympique Lyonnais, Dijon FCO, and Angers SCO to get it sorted out.