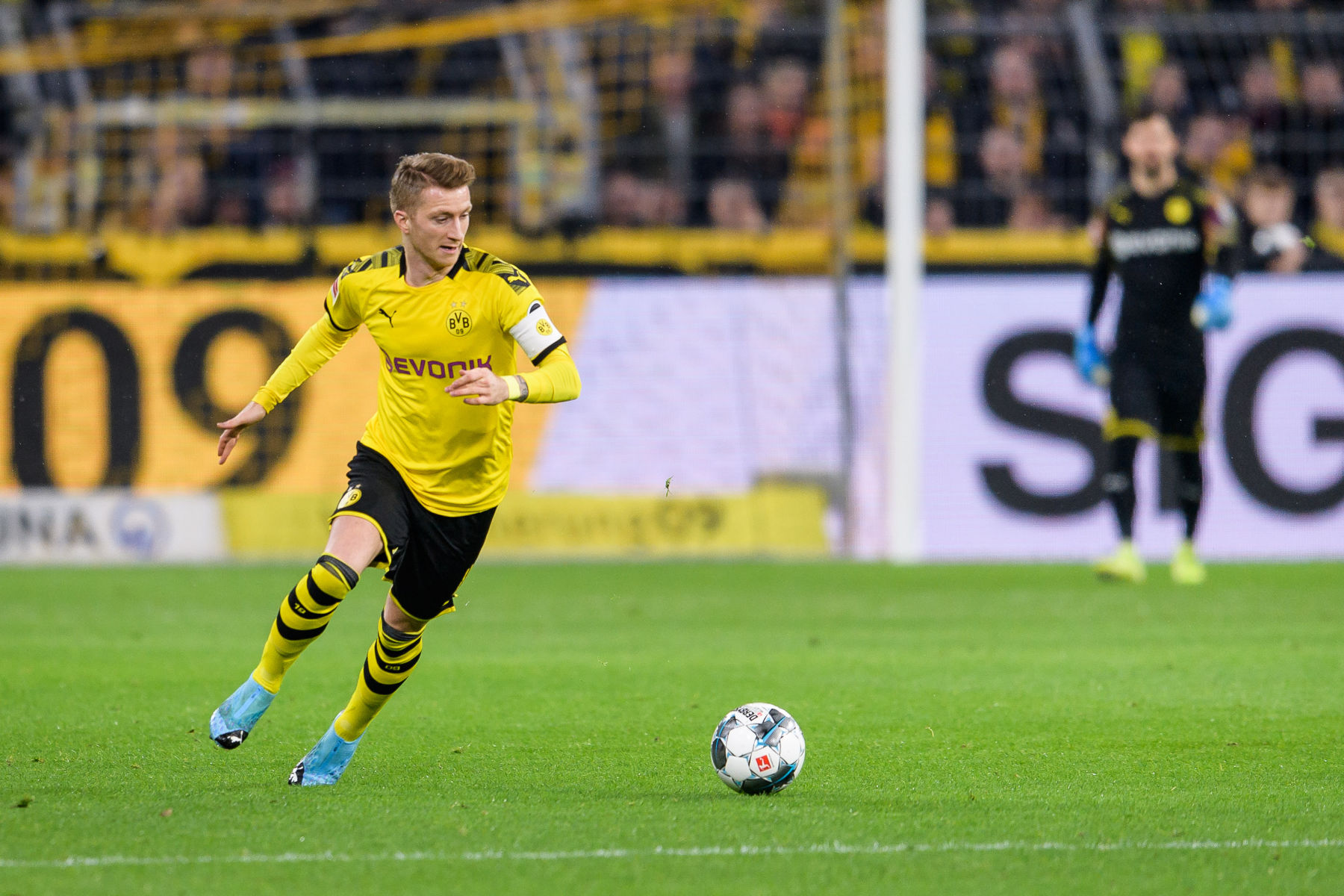 Just when Borussia Dortmund appeared to be picking up steam ahead of their UEFA Champions League Round of 16 tie against Paris Saint-Germain, news hit that one of their star players is expected to miss up to four weeks due to injury.

Marco Reus has scored 12 goals and recorded 7 assists through 26 appearances this season but Dortmund will have to go without his productivity at least for the first match against PSG on February 18 as a muscle injury will keep him sidelined until early March.

During yesterday’s match, Marco Reus sustained a muscle injury that looks to keep him sidelined for up to four weeks.

Reus was subbed off in the 89th minute of Dortmund’s 3-2 loss to Werder Bremen in the German DFB Pokal Round of 16 on Tuesday. It was the first defeat for Lucien Favre’s squad since January 11 against FSV Mainz 05.

The loss to a relegation-threatened side like Bremen and the injury news to Reus are the first two real setbacks for Dortmund in recent weeks.

Since the signing of Erling Haaland from RB Salzburg, all anyone wants to talk about is his impressive goal-scoring record.

Erling Haaland off the bench and scoring again within 22 mins.

Haaland for @BVB so far:

While Haaland has feasted on Bundesliga bottom-feeders, the loss of Reus will be felt at Dortmund. He is a player of immense quality and unlike the Norwegian, Reus has experience performing at the highest level on the biggest stage.

This is certainly a boost to PSG’s chances to advance in the Champions League even if it’s an unfortunate one. You never want to see a player injured and I would prefer to play Dortmund at full-strength and may the best team win.

Dortmund will be forced to shuffle their attack with Reus’ absence when PSG pay a visit to Signal Iduna Park on February 18. Even without the German, though, the tie is expected to be a highly entertaining one with both clubs preferring a wide-open game.

The difference could come down to defense. Over Dortmund’s last six matches, they have conceded 12 goals. During that same span, PSG has only conceded one goal.

With Marquinhos, Thiago Silva, and Juan Bernat expected to return from injury for PSG, along with Neymar Jr. who missed PSG’s match against FC Nantes on Tuesday, PSG appears to be getting healthy at the right time.