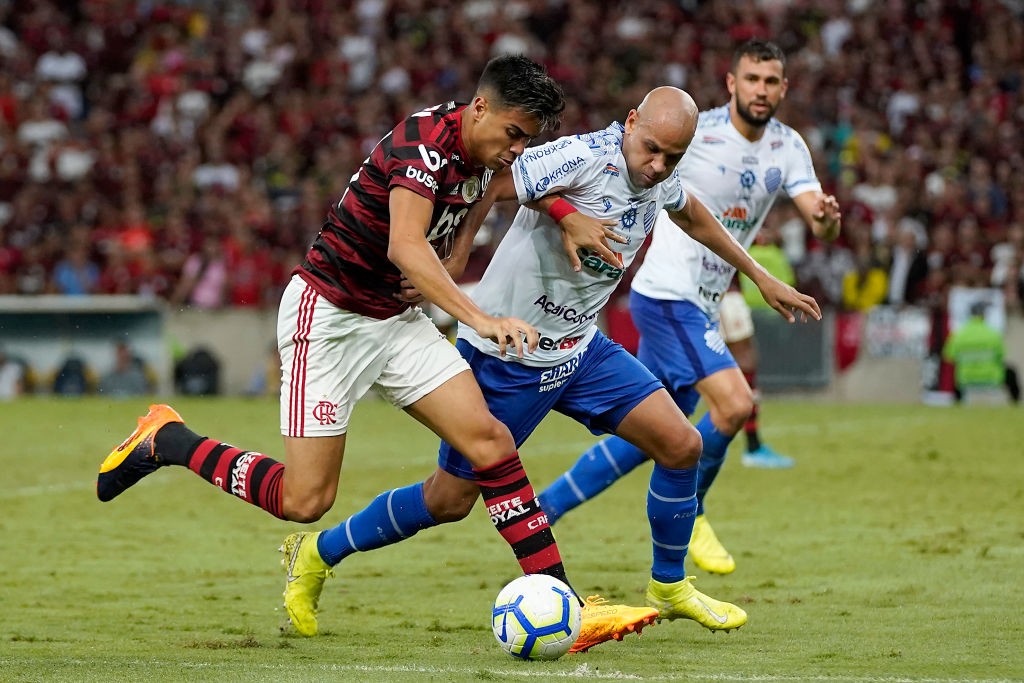 Paris Saint-Germain sporting director Leonardo is looking to bring over a teenager from Brazil.

According to de Telegraaf (via All About Ajax), PSG is in the mix with AFC Ajax, Real Madrid, FC Barcelona, and Manchester City to sign Reinier Jesus Carvalho from Clube de Regatas do Flamengo.

The 17-year-old has a release clause of €35 million, so the number isn’t too outrageous considering PSG’s history of paying a hefty sum for talented teenagers. Marco Verratti and Marquinhos are prime examples of Leonardo and the capital club rolling the dice on a young player by paying a massive transfer considering their age and experience. Also, Leonardo recently conducted business with Flamengo when he brought over Lucas Paquetá to AC Milan during his time as the club’s sporting director.

When it comes to Reinier, the teen has played in 13 Série A matches while starting in eight, averaging 52 minutes per game. In that limited time, he scored four goals with a scoring frequency of 170 minutes. On a squad filled with talented players that won the Copa Libertadores, Campeonato Brasileiro, and 2019 Campeonato Carioca, Reinier didn’t look out of place contributing despite the limited minutes.

Ajax are trying to get ahead of Manchester City, PSG, Real Madrid and Barcelona in the race for Reinier, but Flamengo would prefer a fee close to €40m.

Playing as an attacking midfielder, the young Brazilian is an option for life after Neymar Jr. since his departure will be arriving sooner rather than later. Still a teen, Reinier can grow into the creative role taking over for someone who might be his idol. Also, the amount of Brazilians in the club and history the club has with the country is perhaps another attractive pitch.

Leonardo is pursuing young, relatively cheap talent with high upside considering the reports in their pursuit of Sandro Tonali. It’s why it comes as no surprise as to why they’re going after Reinier. With some players departing over the next few years, it’s time to bring in their younger replacements.