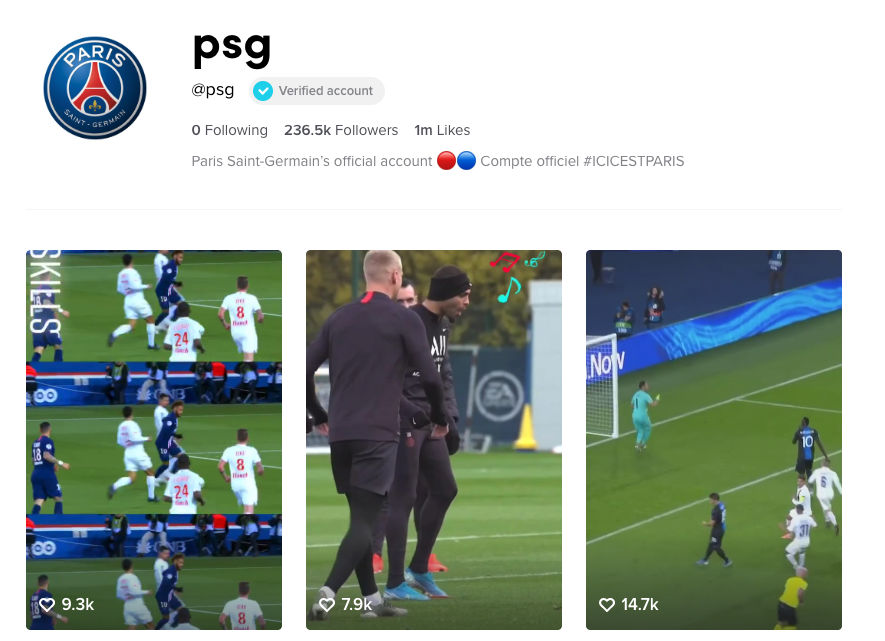 From Facebook to TikTok, Paris Saint-Germain has more than 73 million followers across all social media networks according to a report from Le Parisien. That impressive number makes the capital club the 8th largest football account in the world.

The reigning French champions have a way to go to catch La Liga giants Real Madrid and FC Barcelona but they’re making up ground quickly. Last month, PSG saw the fastest growth among football clubs on Instagram and YouTube according to the Le Parisien article.

PSG’s social media presence is led by a team of 35 people with 25 of them concentrating on content creation alone. While memes, gifs, and behind-the-scenes videos don’t necessarily generate substantial revenue for the club, they do provide an invaluable marketing opportunity to reach new fans around the world.

When you combine their constant presence on social media with their partnership with Jordan Brand and other recognizable companies, you start to understand how PSG became a global brand as well as a successful football team.

Remember, PSG will be celebrating its 50th anniversary as a club next season. To be competing with the likes of historically great clubs like Manchester United, Liverpool FC, and Arsenal FC in terms of social media followers is an impressive accomplishment.

If Paris Saint-Germain can win their first UEFA Champions League title this season, with social media superstars Neymar Jr. and Kylian Mbappé in the team, I would expect those follower numbers to jump substantially.