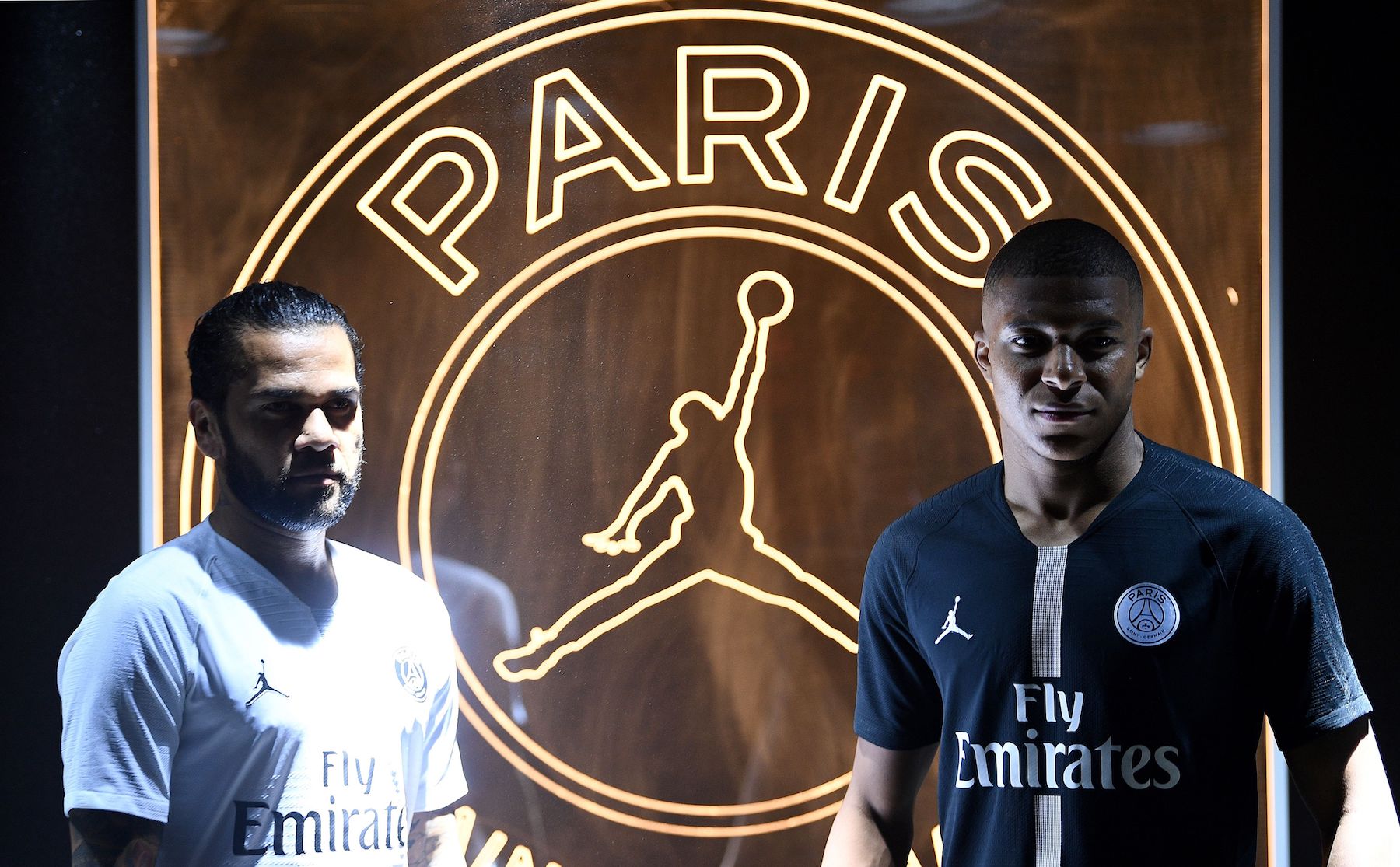 The much-anticipated Paris Saint-Germain collaboration with Jordan Brand was confirmed and unveiled at the Parc des Princes on September 13, 2018. There had been rumors about the deal earlier in the summer, and the thought of a big club such as PSG teaming up with the iconic brand seemed to make all the sense in the world. By simply roaming the internet and following “football Twitter,” you have probably seen leaked photos of the highly sought after kit, but when PSG’s official site announced the collaboration, the excitement from fans and even non-PSG fans was beautiful to witness. For a club with so much ambition, even this announcement was massively impressive.

While observing my Twitter feed after the official announcement, I was taken aback by some who were unfamiliar with the Jordan Brand. This was one of the reasons this collaboration is so important. The partnership is not solely for Paris Saint-Germain’s exposure as a football club, but also for Jordan, who even though are largely recognized globally, still need to reach pockets of the population who aren’t as familiar with the logo as American consumers.

Those who are familiar with Michael Jordan recognize him as the greatest basketball player to ever lace them up. Many people are fans of Michael Jordan, even if they are not the biggest fan of basketball. But we all know those devoted fans already have their bracket for the 2019 ncaa tourney up and ready to be filled in. Even though Jordan does not compete anymore, the sport is still one to follow, especially with the rise of upcoming talent and standout professionals in the game. His lucrative resume includes six National Basketball Association championships and five NBA Most Valuable Player awards. Throughout his career, Air Jordan exhibited dominance in every aspect of the game and possessed a killer mentality that struck fear into adversaries. While Jordan was becoming the best on the court, his shoes were simultaneously flying off the shelves and became some of the most popular footwear in North America and eventually, the rest of the world.

There is a large section of football fans who don’t follow American football or the NBA or even care to begin doing so. The Jordan Brand is largely popular in the NBA, as most aspiring basketball players want to emulate the great Michael Jordan by wearing his iconic #23 on their jersey and wearing shoes with his logo on them. In American football, the NFL will finally permit players to wear their own customized cleats during pregame warmups in the 2018-19 season. This will be the first time Jordan Brand athletes in the NFL will be able to showcase their custom Jumpman cleats.

PSG has become the first football club to have a sponsorship deal with Jordan Brand—but on July 31, 2017, the Charlotte Hornets (owned by Michael Jordan), became the first professional team to have the Jumpman logo as the licensing sponsor on their uniform. This was unusual as it was the first time a single NBA team had a different uniform supplier than the rest of the league, especially given the intricately structured licensing deals in the world of sports. In collegiate athletics, several schools have signed with Jordan Brand including the University of Michigan, University of Florida, University of Oklahoma and Jordan’s Alma mater, the University of North Carolina at Chapel Hill.

For PSG fans who are curious as to what the Jordan sponsorship means for the familiar Nike sponsorship, allow me to explain. Jordan Brand is essentially a subsidiary of Nike. Nike produces athletic footwear and clothing for Jordan. So, by all means, this does not breach any sort of licensing agreement already in place as they are all under the same umbrella. This will be a three-year deal, which includes footwear such as the Jordan 1 and Jordan 5 with the PSG logo on the shoes. There will also be other fashionable, off-pitch PSG apparel for fans to purchase. Paris Saint-Germain will debut the Jordan sponsored kits on September 18, 2018, against Liverpool FC on matchday one of the UEFA Champions League group stage. Paris will wear the Jordan sponsored home and away kits exclusively during European competition.

For the record, a Jordan Brand sponsorship will not bring a midfield to Paris. It won’t help the club beat Liverpool at Anfield or even with the Champions League itself. I understand some people are strictly here for the football and football only, and I respect that. If you are truly a supporter of the club, you would be hustling backward to look down upon this partnership. The same way this will enlighten the PSG supporters of the Jordan Brand and their products, this will also enlighten the North American and Asian customers who buy Jordan products to Paris Saint-Germain.

PSG is for the culture, and that phrase is more prevalent now than ever as the club partners up with a brand that is highly regarded in pop culture, hip-hop, and American sports. More importantly, Jordan Brand is highly regarded by the 80s and 90s babies, who are in fact, spending a ton of money, and are dictating what is cool to large corporations and everyday citizens. It’s very bold for PSG to try to set themselves up as the “club for the people” as they should be aware of their passionate fanbase who might not be jumping up and down about these ventures that don’t correlate to on the pitch production. It’s important for PSG to not be tone deaf to the current climate and what effectively grabs people’s attention because, how the club markets themselves off the pitch is nearly as important as how they perform on the pitch. This partnership is very tactical from a marketing perspective, and it’s been in the works for some time now.

Jordan Brand is a fashion company at its core and Paris is one of the most fashion conscious cities in the world. In 2016, Jordan Bran opened a Jordan-only store called Jordan Bastille in Paris. This was followed up by the Jordan Brand partnering up with the French Basketball Federation as the official uniform supplier for their men, women, and youth teams in November 2017. There’s no coincidence that Jordan Brand had already established a relationship with PSG’s biggest star Neymar Jr., which makes this partnership more layered that it comes off. On June 3, 2016, Jordan Brand collaborated with the Brazil International for a custom shoe called the Neymar Air Jordan 5 Low. This was the brand’s first time taping into the soccer market as Neymar was the game’s most electrifying young superstar at the time. This shoe deal was a perfect alliance for the brand to branch off with the most popular sport in the world, and a smart business move from Neymar at a time when he was realizing the rise of his stardom.

PSG president Nasser Al-Khelaifi cited “the ambitions of both brands” in regards to the partnership. Michael Jordan himself stated, “Jordan Brand and Paris Saint-Germain share a distinct position in sports and styles, so to partner with the club is a natural fit.” This partnership is reported to generate over €200 million in annual revenues for Nike (per AFP).

The correlation with the ongoing Financial Fair Play investigation by UEFA over PSG’s finances is fascinating when looking at Neymar’s acquisition last summer, which undoubtedly triggered the investigation. Furthermore, the early relationship between Jordan Brand and Neymar, along with the Jordan Brand PSG kits exclusively being worn during club football’s most meaningful tournament, which is governed by UEFA. The deal is inadvertently a big middle finger at UEFA to some degree and systematically in-tune with contemporary pop culture. Of course, there are matters that the club need to address on the pitch when it comes to their lofty ambitions, but it’s also perfectly fine to step out of the comfort zone and celebrate a win by PSG off the pitch. 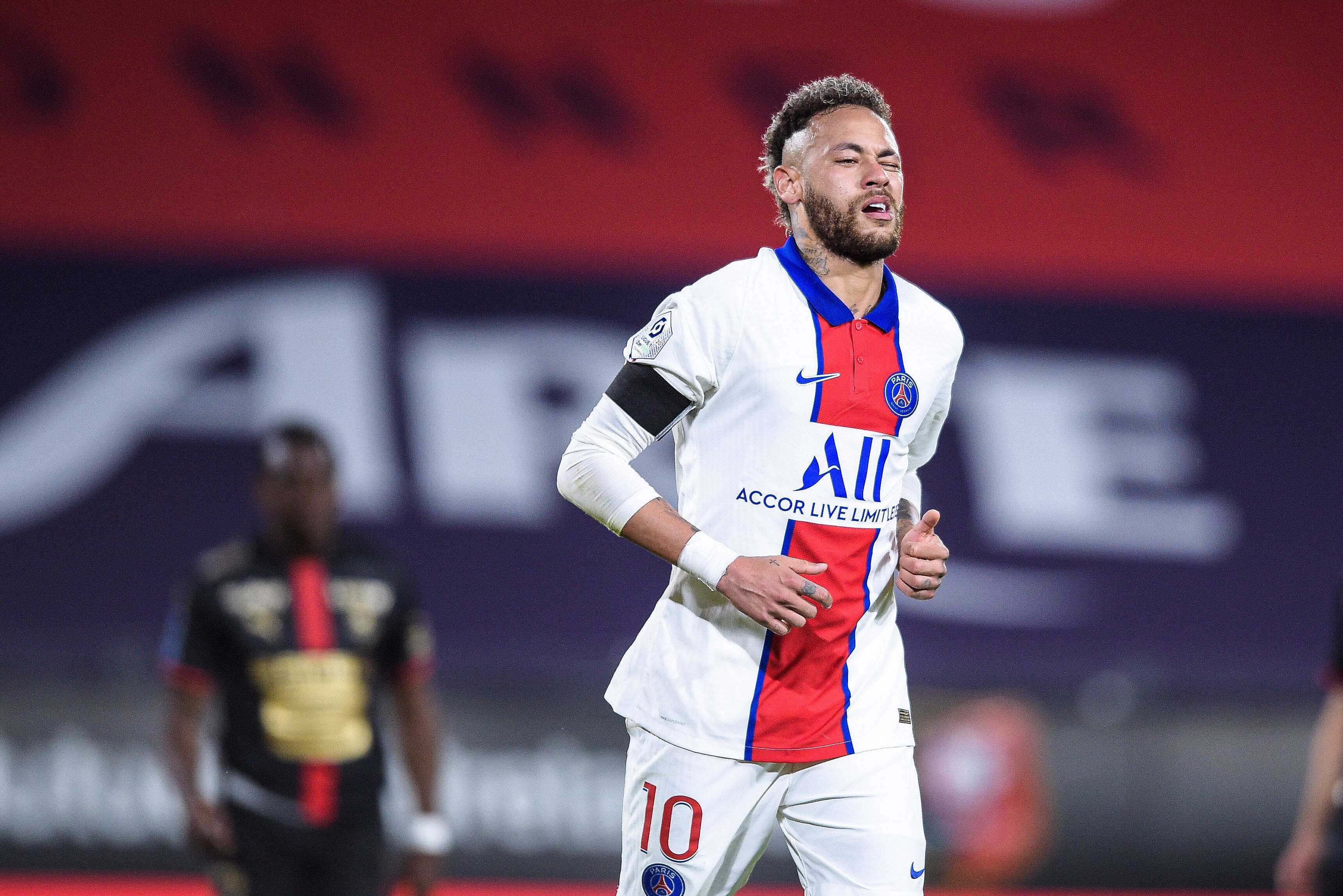