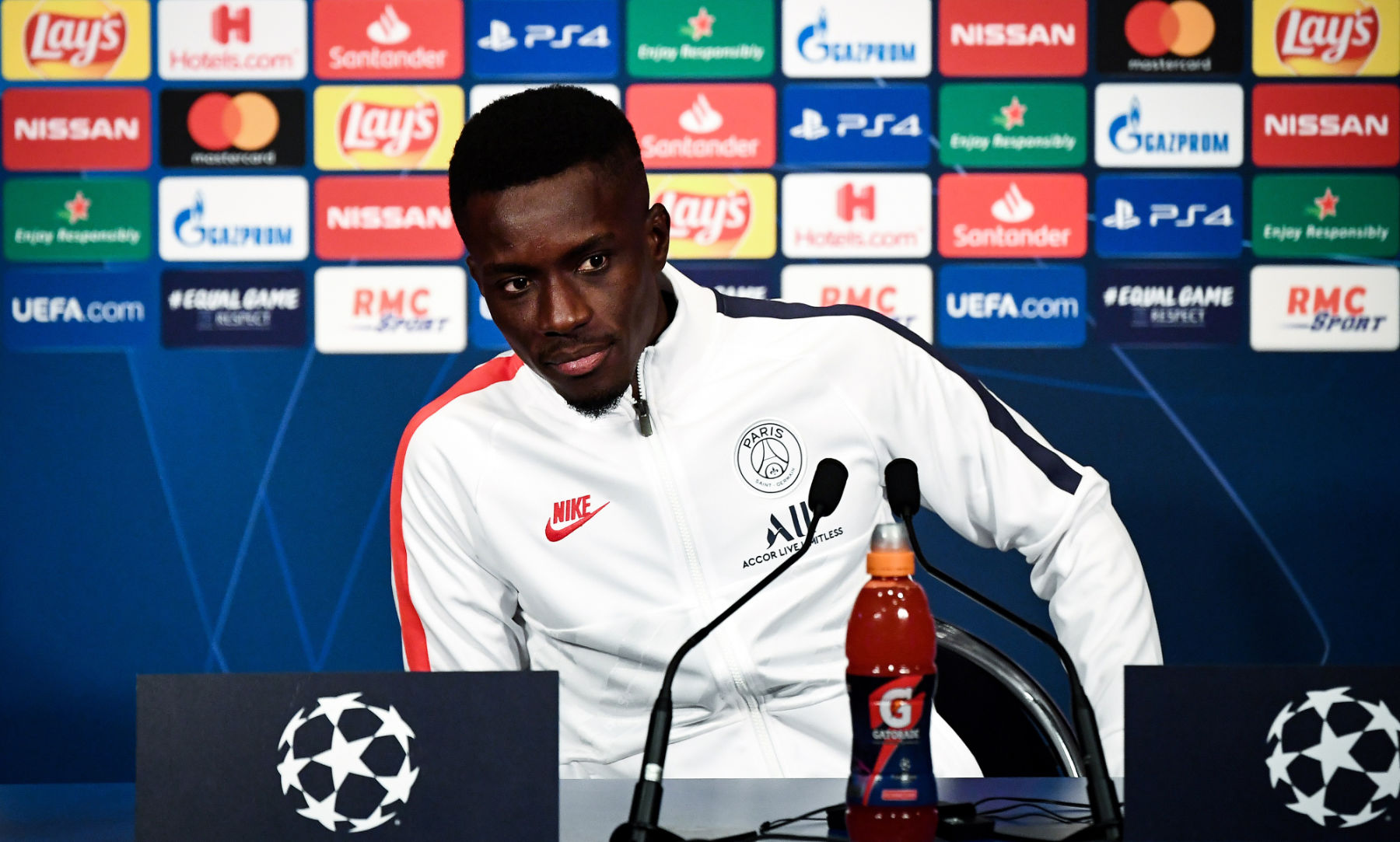 Match Preview
Idrissa Gueye Hits Back at Journalists When Asked About Neymar
By Ed - 5 November 2019, 23:54

Paris Saint-Germain welcome Club Brugge to the Parc des Princes on Wednesday in a pivotal UEFA Champions League match where a win will see them officially qualify for the Round of 16.

Ahead of the match, Idrissa Gueye attended the pre-match press conference and from the very first question, he sounded slightly annoyed and if felt like he would rather be anywhere else.

When asked about how he would explain PSG’s three early-season defeats, Gueye responded in a biting way.

“If I had the solution, I would have talked about it with my teammates.”

Later in the press conference, Gueye was asked once again about the poor performance of the team while he was out injured. The former Everton FC man had another sharp response.

“I think that I already answered that question,” Gueye said. “That was the first question. I don’t have an explanation to give about it.”

Then came the question about Neymar Jr. The Senegal international was asked about Neymar being back in training Tuesday morning and what he saw from PSG’s number 10.

“He was smiling,” Gueye said. “Since I arrived, I have always seen him smiling. It doesn’t change anything for me.”

“I don’t know about you as journalists, but he is a great player, everybody knows that.”

I probably wouldn’t even have caught that remark towards journalists but given how the rest of his press conference went, it sounded intentional. We’ve previously covered the media’s treatment of Neymar and with Gueye arriving right as the Neymar transfer saga was heating up last summer, he would have witnessed first hand how the media treats the Brazilian superstar.