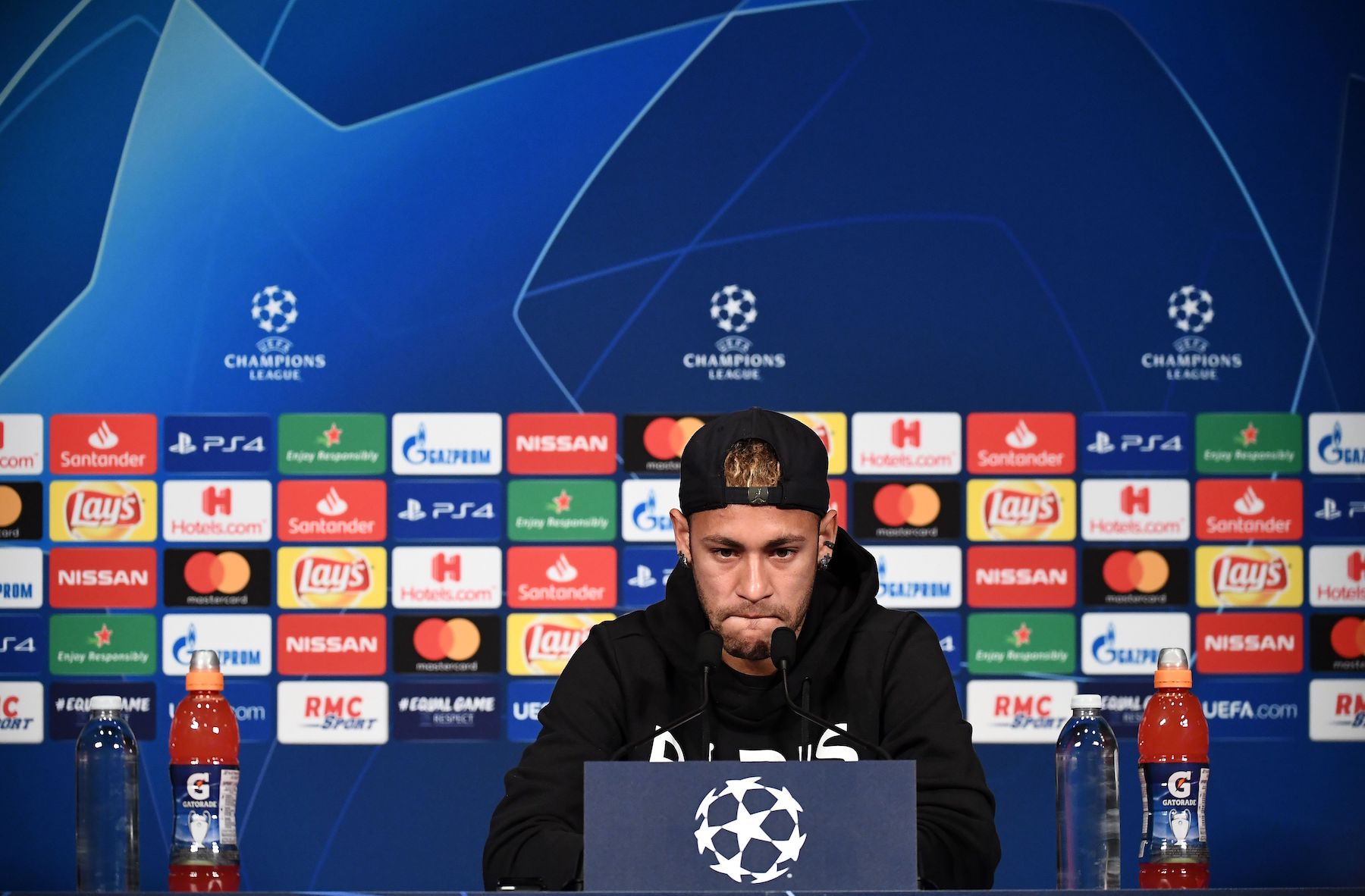 Opinion
Neymar a Victim of Lack of Diversity in Football Media
By Eduardo - 16 October 2018, 4:50

Initially, this piece was going to center around Neymar Jr.’s new role as Paris Saint-Germain’s number 10 and tying a basketball angle to it. That article will have to wait. There is a more critical manner to dive into and that is how football journalists cover Neymar.

Let’s start with some basics. First of all, players of Neymar’s status and skill don’t leave royalty clubs like FC Barcelona, Real Madrid, FC Bayern Munich, Juventus FC, and Manchester United. However, when they do decide to move, it’s within the circle of royal clubs. For example, Cristiano Ronaldo left Manchester United and joined Real Madrid and currently plays for Juventus. The Portuguese international never seriously entertained joining the capital club in Ligue 1.

Neymar took another path. One that no other football has had the guts to do. He left a prestigious league with fierce competition in La Liga for what many refer to as a “Farmer’s League” in Ligue 1. It’s a move that’s led to the 26-year-old being a whipping boy for the mainstream soccer media. Once heralded as their heir apparent to Lionel Messi’s throne at Barcelona, Neymar has now become a punching bag and the subject of ridiculous rumors.

Why is the media so focused on Neymar?

It’s simple. Neymar is an easy target for journalists because he’s a superstar that doesn’t play in the Premier League or La Liga. He’s not even in Serie A or the Bundesliga. Add in that he plays for a universally hated club like PSG and Neymar has become a lightning rod for constant criticism. Much of it is unfair I should add.

The Brazilian’s superstar status also means that the media cannot ignore him even though he plays most of his games in a league they don’t watch. Articles and videos with “Neymar” in the headline perform better than those that don’t. In a business where clicks and video views generate revenue, it is in the best interest for journalists and editors to implement Neymar in as many controversial pieces of content as possible.

One example is a piece written by Jack Pitt-Brooke of The Independent. In the article, the journalist criticizes Neymar for his move to PSG and uses his absence in FIFA The Best Awards show to make the case that he is becoming irrelevant. Pitt-Brooke purposely leaves out stats and context in the article as he makes one ridiculous statement after another.

“The absence of Neymar from last night’s ceremony was an entirely deserved response to a year in which he has achieved almost nothing on the pitch,” said Pitt-Brooke.

Look, there’s nothing wrong with criticizing Neymar. However, when the author blatantly leaves out key anecdotes, then it becomes a hit-piece more than an opinion column based in fact. Pitt-Brooke leaves out the fact that Neymar missed the end of the Ligue 1 season due to a foot injury that resulted in him having surgery. Neymar also led the league in assists and finished third in goals—both of which contributed to him winning Player of the Season. Furthermore, leaving out the race against time to be fit for the FIFA World Cup in Russia and you start to wonder if this English journalist has an agenda.

Yes you're right – I should have mentioned the injury – although his Real Madrid performance was before then. Winning the player of the year is no great achievement though – obviously he's the best player in the division!

Pitt-Brooke also decided to brush off winning Ligue 1 Player of the Season as if it was nothing yet makes a big deal over the award show Neymar was left out of that was in its first year of existence. However, because the show is in London, it’s a BIG DEAL that Neymar decided not to attend. Did Pitt-Brookes write a hit piece out of spite or was he under his click quota and needed a boost before the end of the month?

This incident isn’t an isolated occurrence. Fast-forward a few weeks later and there’s another unethical practice of journalism. This time with ESPN FC. With the international break, there’s not much news when it comes to club football. But, as we already know, football sites need a constant stream of content so writers dig deep to come up with something to publish.

Our friend Jonathan Johnson found something to write about and that was how Kylian Mbappé is eclipsing Neymar following his appearance on the cover of TIME—a magazine that Neymar has already appeared on but who needs facts? Johnson also cited Mbappé’s World Cup accomplishment even though several other Frenchmen contributed to that victory in a large way. Nonetheless, what’s going on here is that the website is generating controversy. They do so by using a photo without context and use it to fit within their agenda. The point of this article isn’t to call out Johnson or ESPN FC but to shine a light on the lack of diversity at organizations that cover football.

There’s a common denominator when it comes to those who criticize Neymar and leave specific facts out of their argument. They are typically white males. From British journalists to American editors, white men have made it a habit to be overly critical of a player who rose up from a Favela in Brazil to become one of the most talented footballers in the world. They often disregard journalistic integrity and ethics to take unnecessary shots simply to generate clicks and feed their own egos.

ESPN FC‘s flagship show, which was demoted to a digital-only platform after a stint on broadcast television in recent months, is a perfect example of this. In this first clip, Steve Nicol and the panel decide to “joke” about wanting to physically assault Neymar because of his antics on the pitch during the World Cup—because Neymar is the only footballer to embellish a tackle. Again, there’s nothing wrong with criticizing Neymar but it’s the lack of professionalism from the all-white male panel that is cringe-worthy. It’s as if each pundit wanted to outdo the physical pain they’d like to throw at Neymar.

Now, when there’s some diversity on the ESPN FC panel, the criticism looks a little different. Nichol again refers back to being unprofessional and resorts to calling Neymar names, but when former U.S. Men’s National Team member Herculez Gomez comes with his criticism, it appears a little different than Nichol’s.

Gomez remains professional in his criticism of Neymar. First, he commends Neymar for embracing the antics at the World Cup and laughing at himself with the kids. Gomez then proceeds to give his thoughts and includes how Neymar wasn’t 100 percent following significant surgery on his foot just prior to the tournament. Adding in opinions that are debatable but remaining professional. He concludes by calling Neymar a petulant child but he explains it in a way that doesn’t come across as an attack. When Nichol and others resort to name-calling and wishing physical harm, it’s clear they don’t like him and they mean what they say.

On the website side of things, it doesn’t get better. ESPN FC‘s thought process is to place a white male correspondent in a specific country to cover a club and national team with little to no local correspondents of color to provide a different perspective. Go to their site on any given day and just look at the top headlines. Nearly every writer is a white male. There’s nothing wrong with white male journalists, but when that’s the majority of who contributes to your site, you run the risk of not seeing every issue from all angles. Football is a game that can be played by everyone all over the world and coverage of the beautiful game should reflect what you see on the pitch.

Carron J. Phillips of the New York Daily News wrote a piece on the matter of diversity in sports journalism a few months ago that caught my attention:

“There’s a reason why it was a black sportswriter, Steve Wyche, who was the first reporter to recognize and ask Colin Kaepernick about his peaceful protest. Giving the quarterback someone he could feel comfortable talking to, knowing his message would not be lost or misconstrued.”

“And for those who think that color shouldn’t matter when it comes to hiring practices because ‘the best person should get the job,’ I’m here to tell you that you’re thinking is not only wrong but myopic and covered in racism.”

Having the message misconstrued is the title of almost every article written about Neymar. Look back at the picture ESPN FC decided to run on their piece. With a more diverse editing team, perhaps these types of journalistic practices would become less frequent. ESPN FC isn’t the only website that lacks diversity, however, they’re at a much larger scale and reach a wider audience than most.

I’m not implying that white males shouldn’t cover Neymar or other footballers of color. However, they should keep the coverage professional and fact-based. PSG Talk contributor Marc Damon and Canary & Blue contributor Chase Haislip (both white males) put together a podcast documentary on Neymar without putting in clickbait material and kept their coverage strictly professional, which is lacking from the journalists who do this for a living. Finally, having a diverse voice results in quality content and an insight into certain issues players go through. Moving forward, all websites should look to diversify their staffs to provide the best coverage possible. 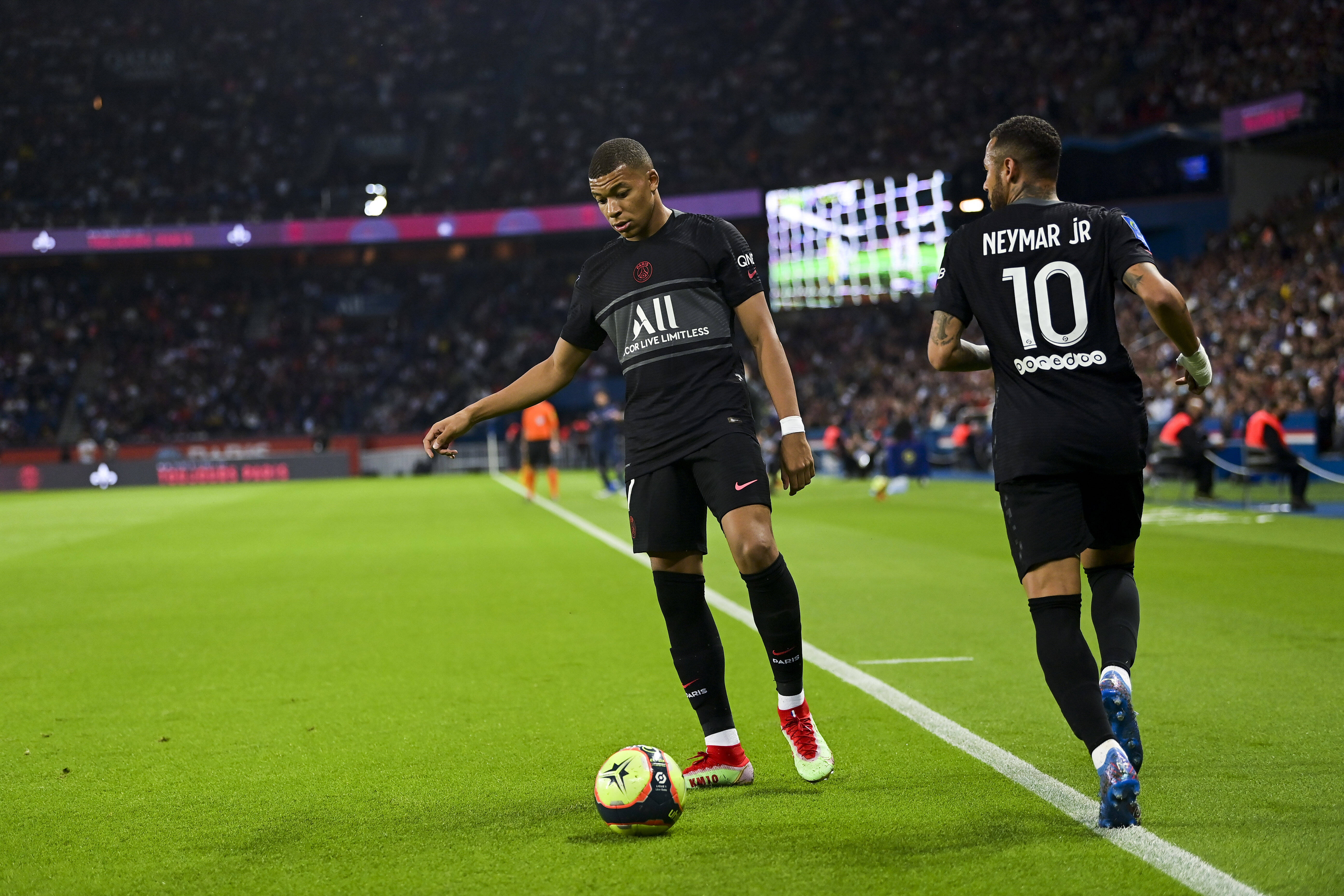