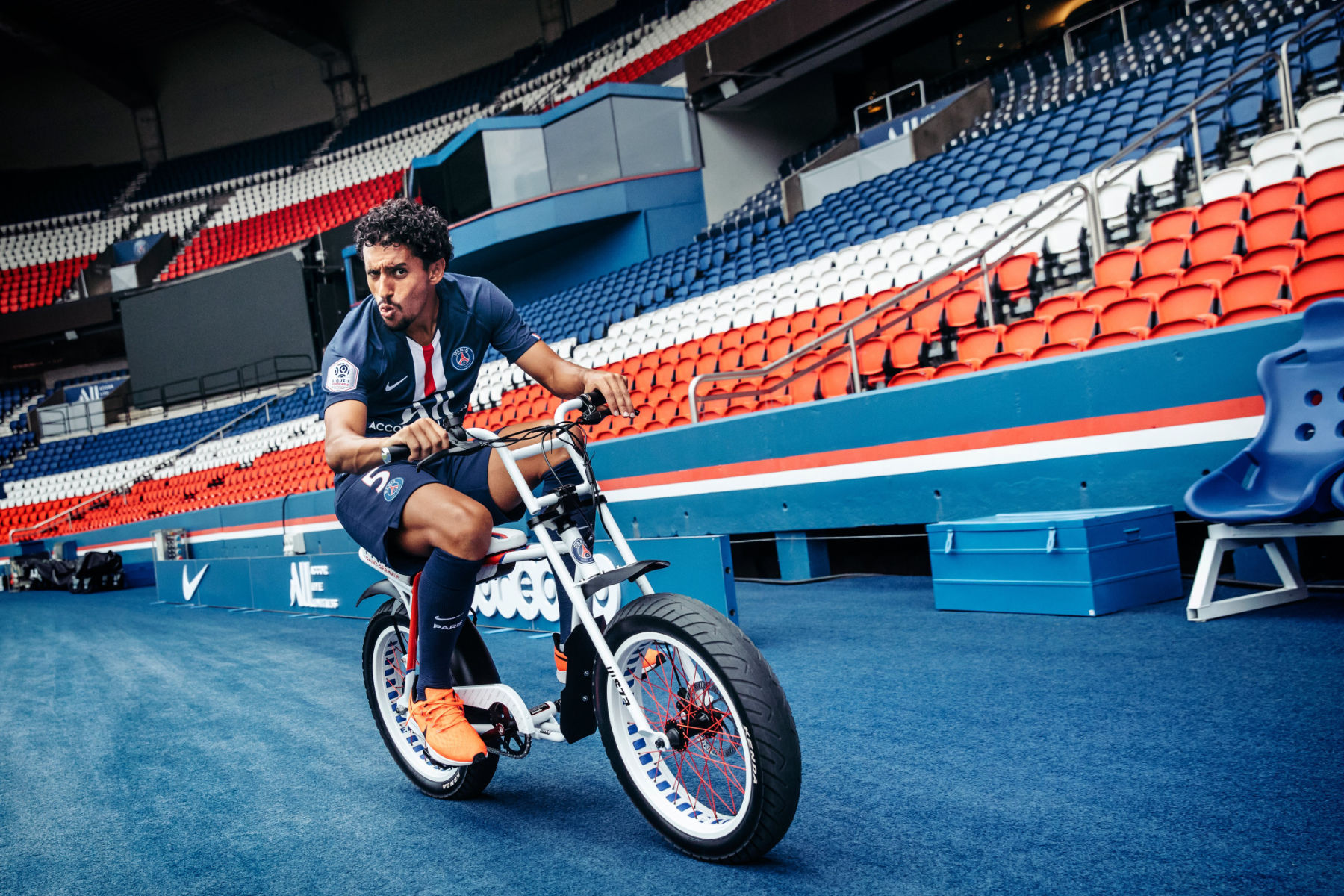 Paris Saint-Germain is the master of marketing. They can sell anything as documented by ESPN. From socks to a food delivery service to the incredible partnership with Jordan Brand, PSG will use its image to sell just about anything.

The latest collaboration announced by the club via social media is with Super73, a Southern California-based company who, according to their “about us” page, “exist for two reasons: to inspire people to create adventure, and to help those people share that adventure with their community.”

What surprised me is the company was only founded in 2016 and they’ve already landed a major brand like PSG to collaborate with. The Parisian design celebrates the club’s upcoming 50th anniversary and the launch of the amazing third kit launched earlier this season.

The PSG x SUPER73-Z will start shipping in Spring 2020 and will be available in Europe, USA, and Canada. For those interested, a new PSG-branded electric bike will set you back $1,670.

What product do you want to see PSG collaborate with next? Let us know in the comments or on Twitter @PSGTalk.