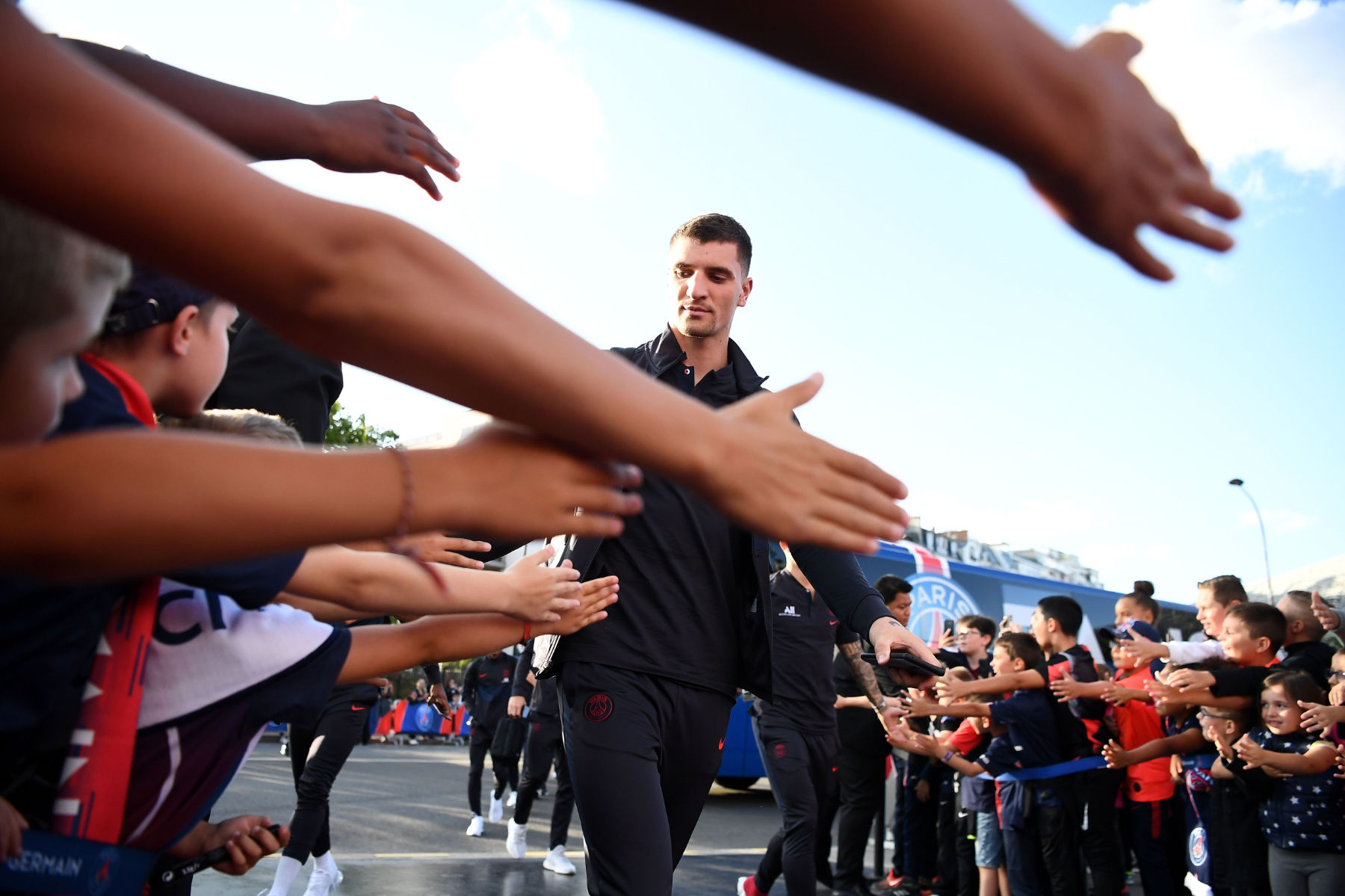 For the second time in less than a week, Paris Saint-Germain will go into enemy territory needing a result. Only this time they have a weapon that is all too familiar with the opponent.

Thomas Meunier played at Club Brugge for five seasons where he scored 20 goals and recorded 22 assists in 198 total matches. The right-back joined PSG in 2016 for a reported €7 million per ESPN in what was considered a luxury buy at the time as the club had Serge Aurier and Youssouf Sabaly in their ranks. Obviously, those two players have moved on and Meunier has been counted on more than ever this season so far with youngster Colin Dagba out since September 16, 2019, with an injury according Le Parisien.

Barring an unforeseen setback, Meunier will be Thomas Tuchel’s starting right-back this Tuesday when PSG travel to the Jan Breydel Stadium for a pivotal UEFA Champions League clash against the team right behind them in the Group A table. A win against Meunier’s old team will give them three straight wins in the Champions League and a commanding lead in the group. With Real Madrid struggling, a win could all but confirm their place in the knockout stage of the tournament.

Ahead of the match against Brugge, Meunier sat down with PSG TV for an exclusive interview. Here are some of the most interesting comments:

“Players like Pablo Sarabia, Idrissa Gueye and Ander Herrera help me enormously because I’m in direct contact with them on the pitch. I like that style of player because they really have a sense of team spirit. We did some good transfers, whether it be Keylor Navas, Sergio Rico, Mauro Icardi, it’s the highest quality. We have a very strong squad, both in mental and physical terms. For me, the team is really the team the coach wants to have to be competitive. There’s no secret, to be able to get results, you have to be able to count as much on those on the bench as those who start.”

What’s your relationship with Colin Dagba, who plays in the same position as you?

“Things are very good between us. We laugh a lot. I’ll never be at war with a rival for the same position. If he plays instead of me it’s because he deserves it. It’s a healthy competition. We all get on very well, whether it be with Thilo or Colin. As for Colin, it’s important the club plays its youngsters. It’s very good they were able to get him to sign a contract extension, it’s a sign of confidence and respect for him. He feels good here in Paris, we have already spoken about that a number of times. He’s 21, he can play another ten or 15 years at the top level, and I hope he’ll do it here.”

On Tuesday, you return to Bruges where you spent five years. It must be a special game for you…

“They’re the ones who carried out my football education from 19 to 24. In Flanders, there is a very forthright, very academic mentality, it’s a ‘German’ education and it’s something I like. They have made a part of the Thomas Meunier who is at Paris Saint-Germain today. They’re a very good team, they have an excellent coach, an excellent squad. They’re getting a new stadium and have invested in players like Simon Mignolet, who has come from Liverpool. That’s not nothing, they have ambition. We saw against Real they could have gone 3-0 up and the game would have been over, but they drew 2-2, which is still a fantastic result. It’s been a long time since a Belgian club has got the country going in European competition like Brugge are doing now.”

Read the full interview via the club’s official website.

Meunier recently confirmed that he turned down interest from Everton FC last summer and expressed his desire to sign a new contract with Paris Saint-Germain. A great performance from the Belgium international on Tuesday will go a long way in persuading PSG executives he’s worth keeping in the team long-term.