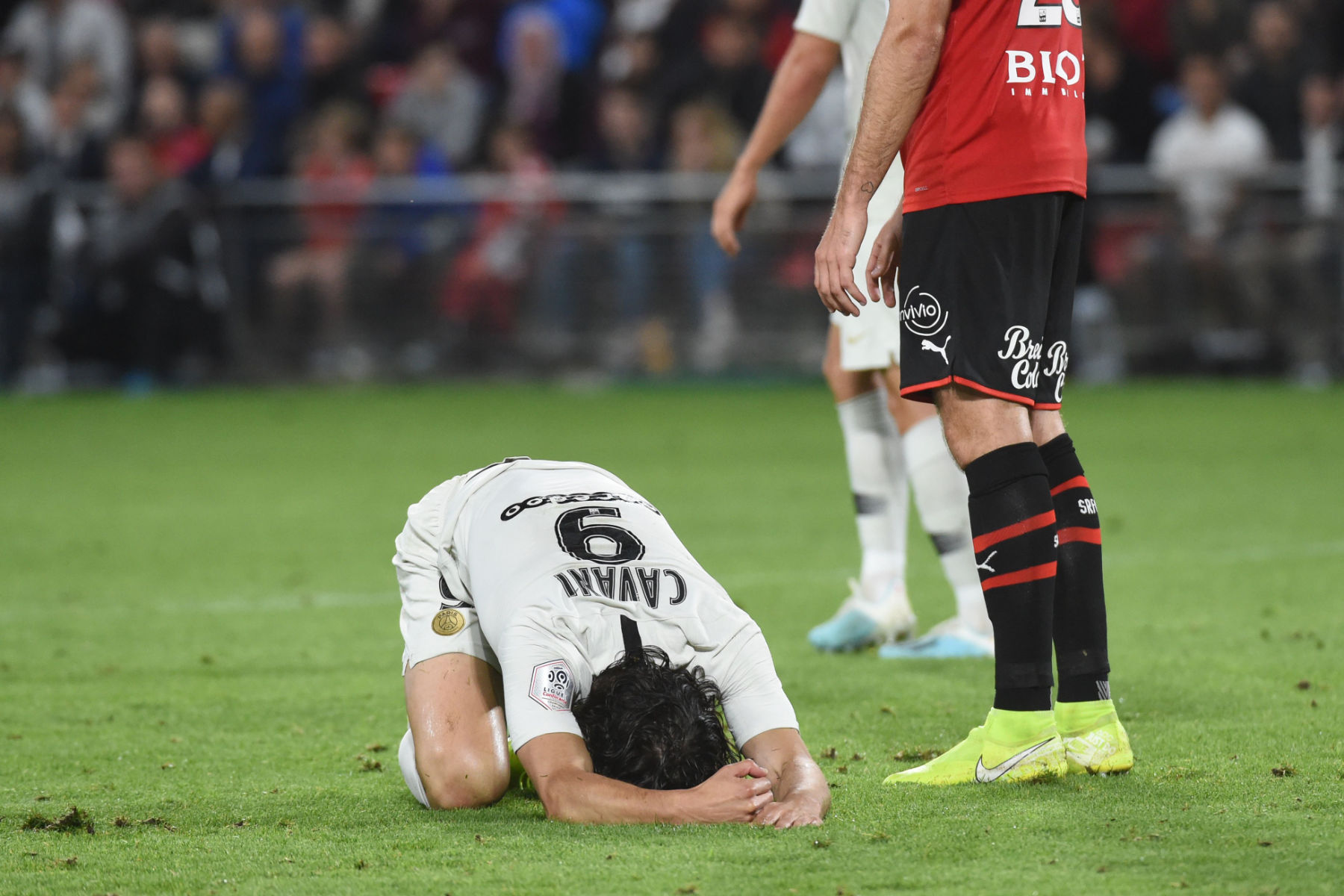 Edinson Cavani hasn’t featured for Paris Saint-Germain since his self-induced hip injury against Toulouse FC on August 26. According to the club’s official website, the injury was expected to keep the Uruguayan out three weeks but PSG’s all-time leading scorer just hasn’t been able to reach full fitness.

Tuchel on Edinson Cavani: “Honestly, I do not know. He has trained with us & is not in pain, but he told me he does not feel 100% comfortable. He is not completely free.” #PSGSCO

During Cavani’s absence, rumors have swirled about where he will play football next season as his current contract expires at the end of the season. PSG has yet to offer him a new contract, something Thomas Tuchel was asked about in a recent press conference, and Inter Miami (MLSSoccer.com), Atlético Madrid (AS), Manchester United (90min), and Juventus FC (Calcio Mercato) have all been rumored to be interested in signing El Matador but a contract extension with PSG appears to be his preference. That may change if a recent article from Le Parisien turns out to be true.

Cavani was on the bench for the recent match against OGC Nice but didn’t come on. Kylian Mbappé, who has been dealing with injury issues as well, did come off the bench in the waning minutes of the match and recorded a goal and an assist. It’s interesting that Tuchel chose to give minutes to Mbappé over Cavani despite both missing significant amounts of time. After the match, Tuchel commented on his substitution decision:

“It was possible for Kylian to play 20 minutes against Nice, maybe a little more for Edi,” Tuchel said per Le Parisien. “It’s difficult, I want to give them minutes, but it’s a Ligue 1 match and the others have also deserved to play. I want to play every game with Kylian and Edi but it’s not possible.”

Before the match against Nice, Tuchel said during his press conference that while he is convinced Cavani is in talks with the club about a new contract, he will count on him “100 percent for this season.” Cavani remains one of the five players he relies on for information and Tuchel called him “extremely important.”

These two comments from the manager seem to contradict themselves. In one breath, Tuchel is saying that Cavani is healthy but chose not to play him and preferred to start Mauro Icardi instead and when it came to a late-game substitution, he chose to give Mbappé minutes. It’s hard to rely on someone 100 percent when they haven’t played a minute in close to two months.

The lack of playing time means Cavani will be left on the bench once again this Tuesday against Club Brugge for Matchday 3 of the UEFA Champions League. To be honest, I don’t see how he will start a Champions League match the rest of this season unless PSG is hobbled by more injuries or it’s a match later in the group stage where it doesn’t matter if the club wins or loses because they’ve already secured a spot in the knockout stage.

Assuming the team is completely healthy at some point this season, the preferred starting three in attack is likely Neymar Jr. on the left, Mauro Icardi in the middle, and Mbappé on the right (NIM). Angel Di Maria has been in excellent form and will backup Neymar and Pablo Sarabia will come in for Mbappé on the right. Cavani will be second to Icardi but the Argentine’s game isn’t based on speed or his imposing physical attributes. He is much more technical than Cavani and his positioning on the pitch has led to several tap-in goals already this season. He is a player that can not only play a full 90 minutes consistently, but he’s also incentivized too as he hopes to either impress PSG enough so that they sign him permanently after his loan runs out or convince another Serie A club he’s worth taking a chance on.

I have no doubt Cavani will handle the demotion as the professional that he is. It’s an unavoidable end to his PSG career but that doesn’t mean he can’t still contribute. Players will need to rest and I could see Cavani leading the way in domestic competitions and making appearances late in Champions League matches. He’s no longer the game-changer he once was and the number of muscle injuries he has sustained over the past year is concerning.

If this is, in fact, Cavani’s last season, I really hope the club can send him out as a Champions League winner. He has given his all for Paris and if there’s anyone in the team that deserves the be a champion of Europe, it’s him.