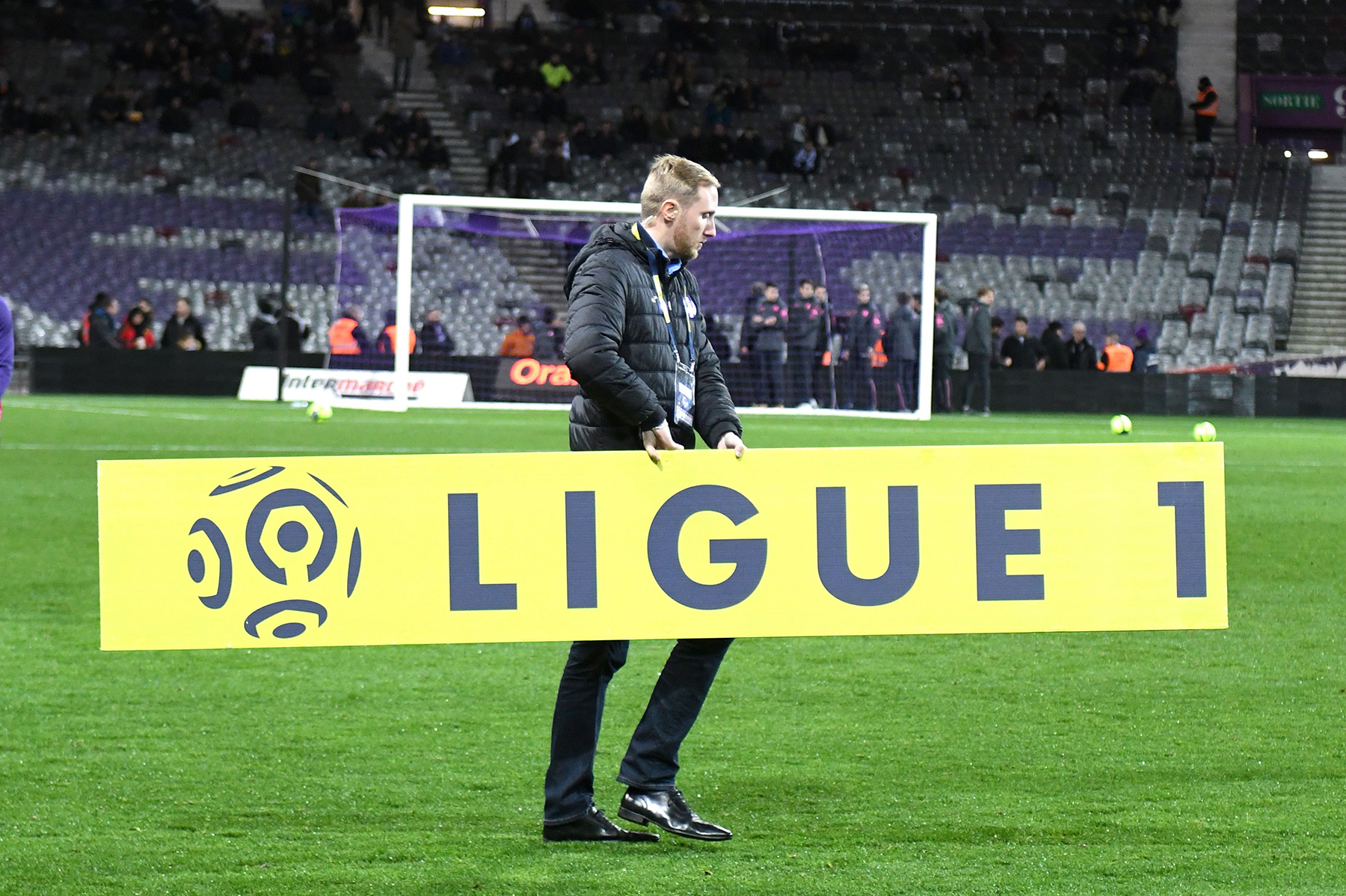 The Ligue 1 season is a week old and all 20 teams and their supporters are full of optimism. There will be plenty of surprises along the way so, with that in mind, I attempted to predict how the final table will look and pick out a few teams and players to keep your eye on this season. 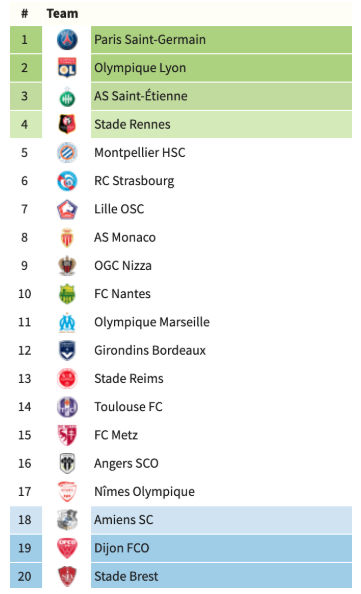 The top four teams that will qualify for next season’s European competitions are very difficult to predict. There are so many variables to consider (injuries, fixture congestion, etc.). Aside from Paris Saint-Germain and Olympique Lyonnais, who seem poised to cruise to the top of the table, there are teams that I think are set up to qualify for Europe next season based on their work in the transfer window and potential as well as two high-profile teams that will fall out of their usual place in the upper echelon of Ligue 1.

AS Saint-Étienne could be the surprise of the season. Once one of the biggest clubs in Europe, they can jump back into the bright lights of the UEFA Champions League. Their summer signings prove ambition and their blend of youth and experience could lead to a Lille OSC-like 2018-19 season.

Stade Rennais, I think, will jump into the top four this season. Their manager, Julien Stéphan, did an amazing job on winning the Coupe de France last season over PSG and even though they lost a couple of good players, their core remains. I can see Clément Grenier and Benjamin Bourigeaud leading the charge to fourth place in the league and perhaps higher if they can pull off some stunning results like last season.

AS Monaco appear to have steadied the ship after a mass exodus of the best players from their Ligue 1-winning side in 2016. I think they will finish higher than they did last season (17th) but I don’t believe they’ll qualify for Europe. I like that they were able to keep Gelson Martins in the team and recent rumors have them nearing a deal for Sevilla FC attacker Wissam Ben Yedder. Those two players should make them an exciting team to watch but I think they’ll need at least a season under their belt to gel.

Olympique de Marseille, on the other hand, haven’t brought anyone in that can make a difference. Darío Benedetto is unproven and even though they have a coach with experience in André Villas-Boas and managed to keep Florian Thauvin, I think they’ll finish mid-table much to the dismay of their supporters.

Four Teams to Keep an Eye On

Lille: With Nicolas Pépe residing in North London now, don’t expect another exceptional season like last year but they still have plenty of young talent on their squad to be competitive. Mike Maignan is one of the best young goalkeepers in the world and should keep things stead at the back for Les Dogues. Also keep an eye on Timothy Weah, the former PSG youngster who completed a transfer to Lille this summer in the hopes of more playing time. They’ll be fun to watch and a 7th place finish in Ligue 1 is more than respectable for a team rebuilding.

Montpellier HSC: This is a very interesting team. I like the signings of Téji Savanier, who was one of the best midfielders in Europe last season and brought in Andy Delort permanently from Toulouse FC. Montpellier can compete at the highest level and they’re another team that if some results break their way, they could challenge for a top-four finish.

FC Nantes: Nantes had a decent transfer window. They brought in highly-rated young French goalkeeper Alban Lafont on loan and their 12th place finish last season was respectable. If they could maintain their consistency, I see them performing well enough throughout the campaign and finishing two places higher than last season.

RC Strasbourg Alsace: After winning the Coupe de la Ligue last season and putting in a decent shift in the qualifying rounds of the UEFA Europa League, Strasbourg could continue their ascension as one of the best teams in France. If they do continue on in the competition, I can see them struggling with the extra fixtures but they’re as scrappy as they come. I like their squad depth and the quality within their ranks, especially Kenny Lala at right-back. 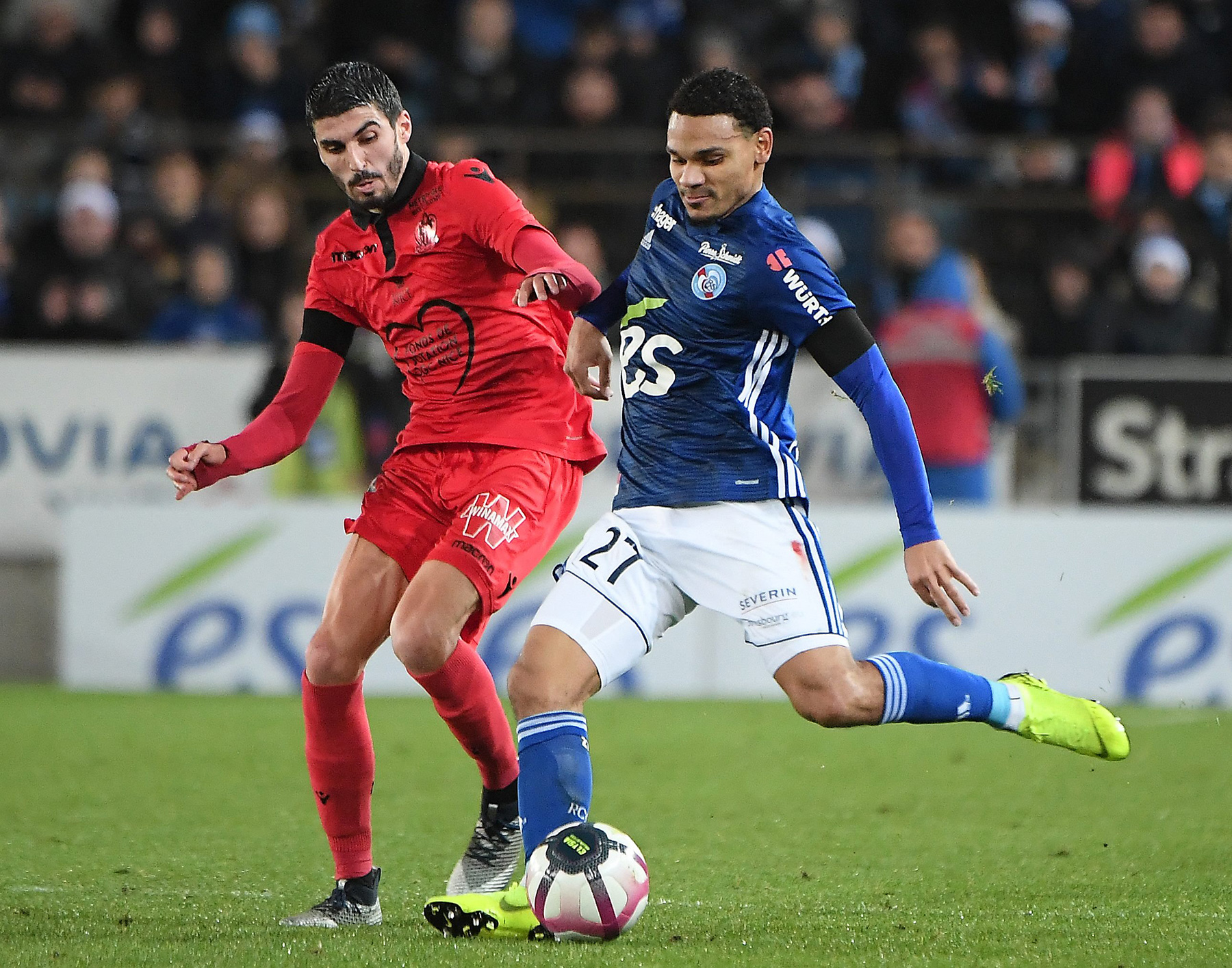 Mbappé could very well repeat the award he won last season, but, if Verratti takes his game to the next level and Idrissa Gueye can take up his defensive responsibilities, I can see the Italy international getting a lot more assists and goals this season.

I expect Mbappé to actually go on and win the European golden boot this year, but Dembélé should be a prolific goalscorer for Lyon. The same goes for Delort for Montpellier and Ben Yedder if he does end up signing for Monaco.

With assist machine Nabil Fekir now in La Liga, Depay should have a lot more freedom for Lyon. Pablo Sarabia was one of the top assist men in La Liga last season and with Mbappé poised to bang in at least 30 goals, Sarabia will have plenty of opportunities.

Tuchel could be on track to win manager of the year, or he could be sacked if the team doesn’t perform at a high level from the very start of the season. Given the quality in the squad and the potential signings with the sale of Neymar Jr., I expect him to have a close to invincible domestic season.

Oshimen just scored two goals to give Lille the 2-0 win last Sunday over Nantes and at 20-years-old, he could be up for a breakout season. Dagba, the young right-back from PSG has loads of potential and if he plays ahead of Thomas Meunier and Thilo Kehrer, he could develop into a top talent and PSG’s right-back for the future. The same goes for Strasbourg’s Bellegarde, who is very composed for being only 21-years-old.

The Mercato has not finished yet and with a couple of weeks left, we may see additional transfers affect several Ligue 1 teams. Who will bring in a player that will put them into the top four or save them from relegation? Let’s just wait and be surprised.