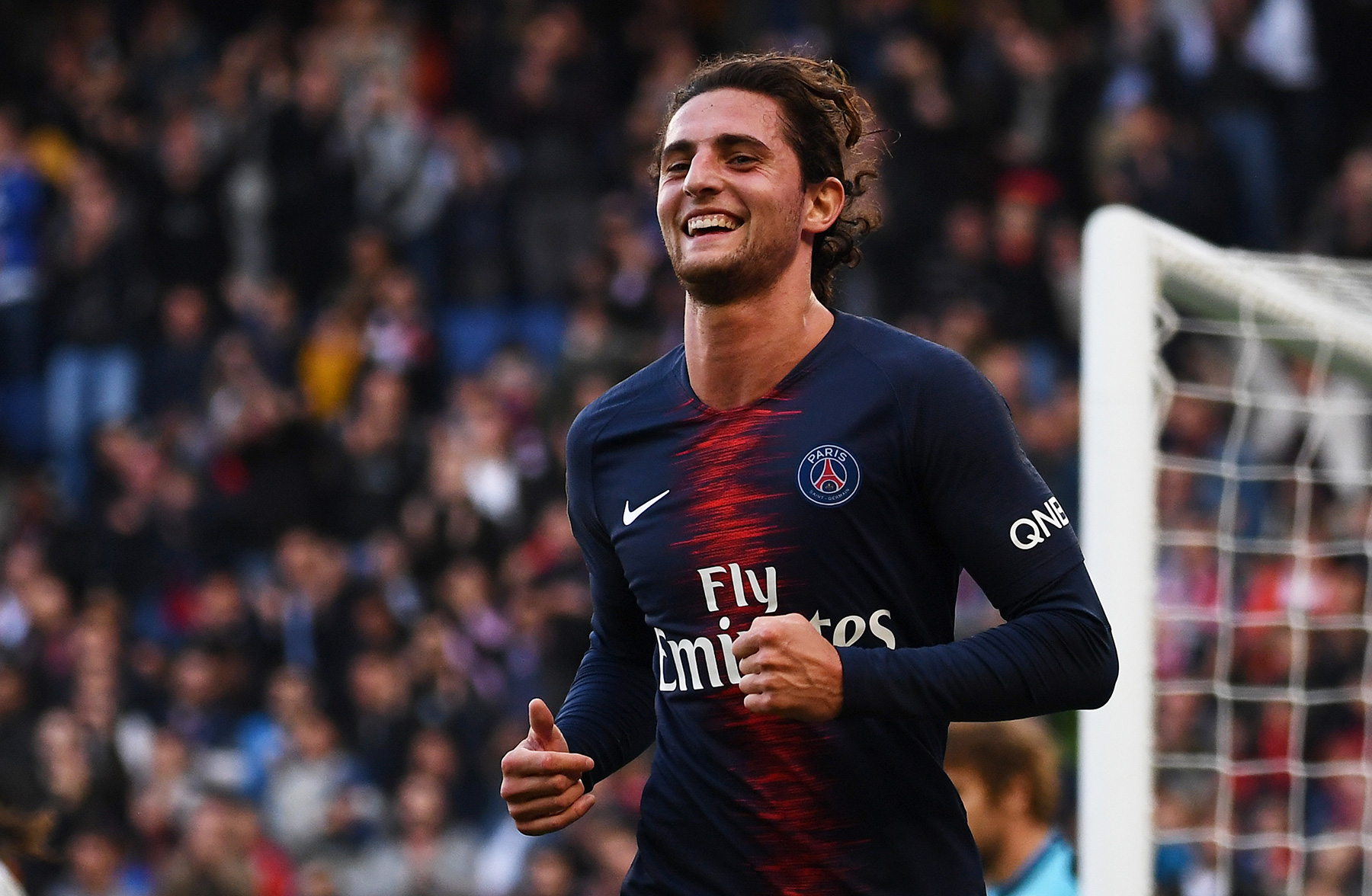 Adrien Rabiot may be the most hated man in world football. He has simultaneously managed to piss off an entire country as well as the majority of Paris Saint-Germain supporters with his attitude and lack of respect. As much as I hate to say it though, I want him to remain in the French capital.

By any account, the 24-year-old and his mother—who acts as his agent—are an absolute nightmare to deal with and have unreasonable expectations for what they think they deserve from a football club. It started well before this but Rabiot’s disrespectful attitude towards the France national team really catapulted his petulance on a global level. He turned down a spot as a reserve for last summer’s FIFA World Cup and he was roundly criticized for his decision. It was poetic justice when France went on to win the World Cup without needing his services and it’s very likely that he will never suit up for Les Bleus ever again. The moody midfielder then entered the club season with one year remaining on his contract with PSG. It wasn’t until December that he notified sporting director Antero Henrique that he would not be signing an extension. PSG subsequently benched him indefinitely and Rabiot hasn’t played a competitive match since.

PSG sporting director Antero Henrique: "Adrien Rabiot has told me that he will not sign a contract extension & that he wishes to leave the club at the end of the season, so once his current deal finishes. The consequences are very clear: he is indefinitely benched." https://t.co/ELsNJuVwoa

The January transfer window came and went and Rabiot remained with the club. Perhaps teams wanted to wait until the transfer window opened this summer to get him on a free. That would make a lot of sense. However, there’s been very little noise seriously linking the Frenchman to a club that he would actually want to play for. Manchester United appear interested but would Rabiot want to play for a team in the UEFA Europa League? Remember, Tottenham Hotspur were deemed too far beneath him and they reached the UEFA Champions League final this year. This is a player who sees himself as an FC Barcelona or Real Madrid type player. Settling for the Red Devils or Arsenal FC, for example, would be an admission of all that he has been fighting to disprove this past year.

From reports that I’ve read, Rabiot and his camp simply do not get on with Henrique or club president Nasser Al-Khelaifi. After Manchester United upset the capital club in the Champions League, both Rabiot and his mother acted childishly towards the club that for all intents and purposes, gave the player everything he could ever want. He was well compensated, offered plenty of playing time, and was thought of as one day becoming the captain of Paris Saint-Germain.

Much like a nasty fight with a friend or lover, it’s time for Rabiot and PSG to kiss and make up. They both find themselves in a position where they need each other. Rabiot is about to be out of a contract with no suitors coming in that would be a step up from PSG. Barcelona did have an offer on the table but they were distracted by a young blonde playing at Ajax and decided to splash the cash on him instead. Will another top-tier team with Champions League football and maximum playing time to offer come in for him? It’s becoming less and less likely. Unless Rabiot has a come to Jesus moment and decides to sign for Everton FC, I fear it could be a long summer for the Frenchman, but it doesn’t have to be.

Do you want Adrien Rabiot to play at PSG next season? @ reply and explain your vote. #PSG

It’s not official but it’s being reported that Leonardo will become the new sporting director at PSG, ousting Henrique. That’s one problem out of the way for Rabiot and his mother. Manager Thomas Tuchel is already on the record this season expressing his desire to utilize Rabiot in his depleted midfield but the idea was shot down by Henrique and Al-Khelaifi. Could Leonardo and Tuchel convince Al-Khelaifi that resigning Rabiot is in the club’s best interest? With the club going all in on Matthijs de Ligt, they could stand to save on another exorbitant transfer fee and bring Rabiot back to assist Marco Verratti and Leandro Paredes in the midfield.

Would Rabiot even be interested in returning to PSG? Sure, it may be in his best interest but would he even consider it after all that has transpired? Well, according to some reports, it sounds like he would. Look, he is a young player being misguided by his mother. He’s far from the first athlete to burn a bridge or two at his age. He recently lost a grandmother and his terminally ill father. Losing family members has a way of making you grow up quick and realize that you should cherish what you have while you can.

If he does return, he will have a lot of work to do but he is more than capable. Remember a couple of seasons ago when we all couldn’t get over his physical stature? When he’s focused and has his mind right, Rabiot can absolutely put the work in off the pitch and play outstanding football. Not to long ago, he was one of the best young midfielders in the world. This isn’t a fringe player we’re talking about.

For this to work though, PSG needs to sign him on a multi-year deal. We don’t want to do this contract dance again. There also needs to be language about penalties for conduct detrimental to the team. That will cover his social media activity and going out to parties after a traumatic loss. Tuchel is a strong enough personality that I think he could coral Rabiot’s talent and attitude and use it to the benefit of the club. This could be an amazing turn of fortunes rarely seen in football.

Imagine if you will, Rabiot returns to PSG and the club releases a video of him speaking to the fans about how he’s ready for the upcoming season. He puts the work in and is rewarded during the season by scoring a crucial goal in the Champions League. He runs over to the PSG Ultras while kissing the badge and pumping his fist. It would be the ultimate prodigal son returns story and I am 100 percent here for it. Rabiot may be a pain in the ass but you know what? He’s our pain in the ass. We created him and he belongs at PSG.