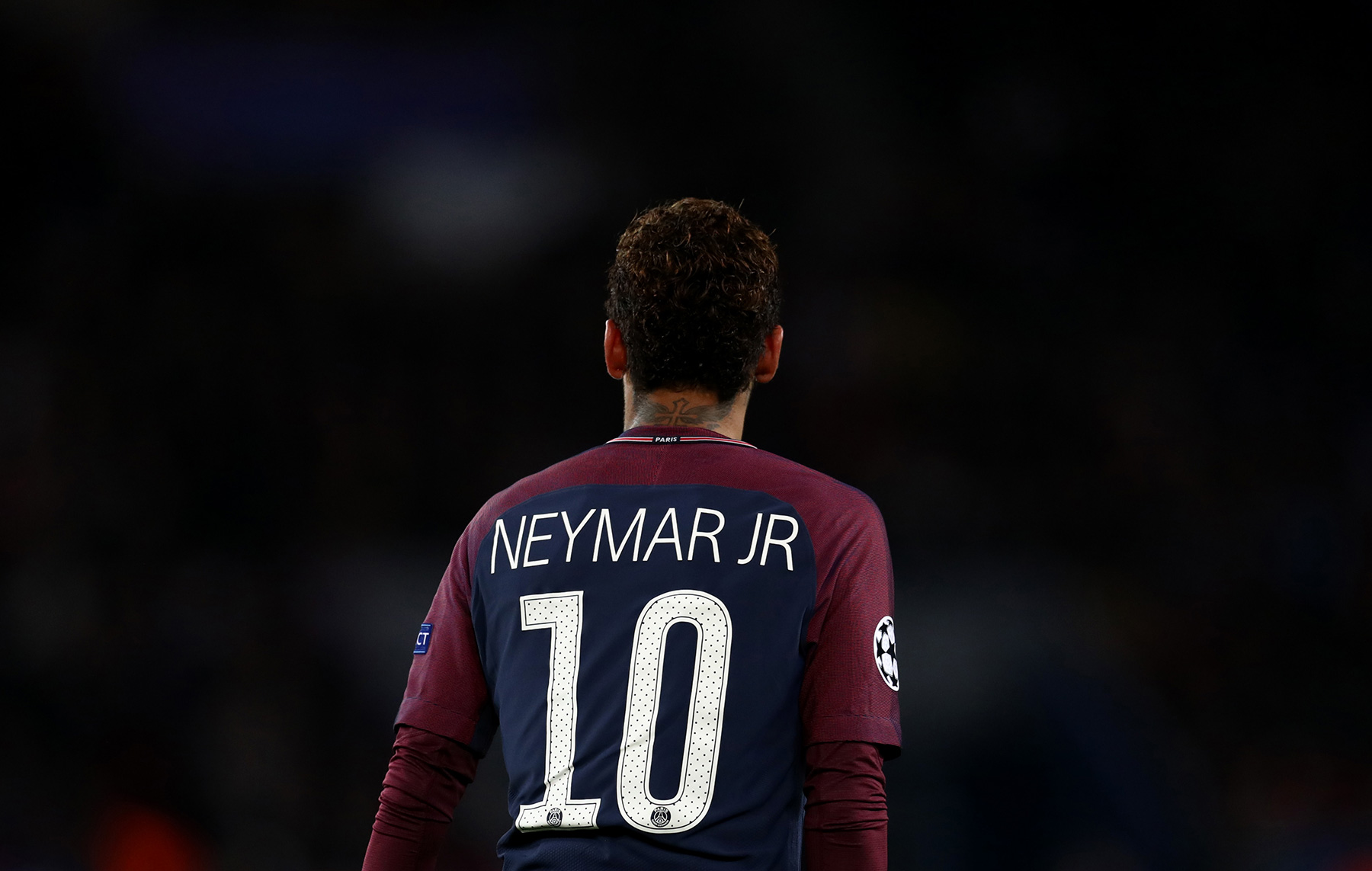 I came to a realization the other day. I was sitting at my desk working and my mind began to wander as I aimlessly refreshed Twitter. I had just come across another rumor-tweet that must have been the 15th of its kind this week. “Neymar Jr. wants to go to Real Madrid in the summer.”

I mean, if you’re in any way tuned into the world of “football-Twitter,” these types of rumor and innuendo are almost unavoidable. You know the kind of rumors I’m talking about. The unsubstantiated and unfounded ones. Rumors that come from less than reputable sources that only seek to discredit what Paris Saint-Germain have accomplished, and unsettle the new-found relationship between Neymar and his new club. The type of rumors that emanate from the corrupt mainstream media in Spain, and eventually end up being the lead segment on the ESPN FC show. I mean, according to the likes of Jake Tap…I mean Dan Thomas, this is probably already a done deal. I should add that Mr. Thomas joined ESPN from Real Madrid TV. Whatever happened to the good ol’ days of honest media and real journalism?

So, what to make of all of this Neymar to Madrid subterfuge? For one, it has a very clear, specific agenda for all those involved. Let’s start with Neymar. The one thing the young Brazilian has learned from his father–a low-key genius in my opinion–is that leverage is key. Neymar is a negotiator, an opportunist, and a businessman. He understands that the threat of Los Blancos, just like the threat of PSG was to FC Barcelona, keeps the capital club honest in future negotiations. This leverage allows for him to be in the loop on player signings, sponsorship deals, etc. As I’ve stated before, PSG and Neymar are a business partnership, not an employer/employee relationship. If PSG did not have the threat of Madrid, would they be as accommodating to Neymar and his wishes? Probably not beyond the first honeymoon year I would surmise. Neymar is using Madrid as leverage to keep PSG honest, and eventually, have an escape hatch in the coming years if things happen to turn sour.

MARCA's writers have had their say.

Some will call this selfish, and other dishonest. I tend to believe that in the 21st century this is the way that professional athletics are going. Hell, even the revered Lionel Messi used the threat of Manchester City to gain leverage in his negotiations with Barcelona. Just another day in the business that is 21st-century sports. Neymar is doing no less than he must as the head of his corporate brand because every rumor raises his value in the market. He knows very well that PSG will not let him leave in the first three years of his contract. So, for Neymar and company, allowing these rumors to float around for a few days and then shooting them down is a long-term play for 2020 when the real sweepstakes begin and PSG will have to sell themselves all over again.

This all leads to the next question of how do the long-term chess moves of the Neymar camp become such media fodder, even for journalists who supposedly know better? Simple. Neymar is a celebrity in the same stratosphere with the likes of Cristiano Ronaldo, Donald Trump, Drake, and Beyoncé. Our media thrives on the cult of celebrity. We like to talk about famous people, what they wear, what trouble they get into, and these days, what cryptic messages they post on Instagram. In the 24/7 news cycle, any news is “Breaking News.” If Neymar and Edinson Cavani have a gentleman’s disagreement at the penalty spot, get ready for all Hades to spring forth and devour the news cycle. “Neymar is a selfish bastard.” “Neymar is a bad teammate.” It’s almost the equivalent of “Is Drake and Cardi B having a secret affair?” (See, I’m hip.) It’s all click-bait, but not without justification. Neymar is the type of celebrity that garners both positive and negative reaction, but in amped-up, visceral ways that aren’t in proportion to reality–just look at my Twitter feed sometime.

The media understands that anything with Neymar’s name on it sells. Put up a video about Neymar and people will watch. Put up an article questioning Neymar’s heart and reputation, people will read. Write a five-part narrative of Neymar’s transfer to PSG, people will be interested (I’m part of this too!). I mean, half of the televised ESPN FC show now is just Craig Burley yelling at Neymar to pull his pants up and act like a respectable young man. This is what our culture has evolved into whether we like it or not. So, for PSG fans who hope this story will go away, it won’t and it never will because this story is best for business.

Also, take into account the idea that most of the football media types did not want this transfer to happen. The idea of a player as good as Neymar leaving a blue blood club like Barcelona and taking “oil money” from “those people” to join a glorified vanity project disgusts them to the very core. So, any news of disagreement, unsettlement, or any such issue at PSG sends them into a tizzy of excitement and joy. Whether it is based in actual facts is irrelevant, just the chance to poke at the institution that they so despise for ruining the “purity” of football will be just fine with them.

Now, onto the Real Madrid angle. You may have seen the headlines from their personal sports paper MARCA, that they are planning a €300 million swoop for the Brazilian this summer! Before the Madridista’s get too excited, understand that PSG chairman and chief executive officeNasser Al-Khelaifi won’t come out from under his gold satin sheets for less than €500 million when it comes to the man called Neymar. But, I do understand Madrid’s desperation. The most powerful team in Europe is on the verge of going through a bit of a depression. Their stars are aging, and their golden boy manager has lost quite a bit of luster. Anything to distract their fans from the actual sub-par (by Madrid’s standards) product is welcome at the moment. At this point, Real Madrid fans are willing to believe the Jimmy Swaggert-like promises (Google him) coming out of the Madrid papers. “First we’ll get Neymar, then Eden Hazard, then Robert Lewandowski, then we will put Pelé in a regeneration chamber and he’ll be 25-years-old again.” These are fans and a club who does not like to even be second best, let alone fourth best. This explains why Barcelona’s spending spree (hypocritical seeing as they are using PSG’s “oil money” to do it) is such a threat to Los Blancos. Madrid sees an invigorated Barcelona and has to respond. This is why the Neymar rumors mainly come from the Spanish media. It’s the exact same sources of the “Kylian Mbappé will be out for two months” story that came out when the youngster was subbed off after a collision with Olympique Lyonnais goalkeeper Anthony Lopes. At the worst, it acts as a destabilizing force, at best, it turns into a Tony Perkins (Google him) type of “wish it into existence” bit of self-help voodoo.

What about the French media? Well, that is a bit more complicated. French media is not necessarily comfortable with the hegemony of the club from Paris. It is partly because of how they have unseated the like of Olympique de Marseille and Lyon at the top of the food chain. I mean, when Lyon makes commemorative cups celebrating a victory against Les Parisiens you know how much the dynamics in France have changed. There is also the part of how, to a degree, the French people reject the type of raw capitalism that PSG, and more specifically Qatar Sports Investments, represent. In a more socialist-friendly country, the idea of a club just coming in, raining money down like it’s some sort of gentleman’s club, and winning all of the domestic trophies doesn’t sit well with a populous that once overthrew a monarchy in the most violent of ways. The idea that PSG raises the prestige and economy of the league, in general, is quite frankly irrelevant to them. The French can be contrarian, and sarcastic in a spiteful way. Believe me, I love France, it’s part of the charm really. They are the type of people that will shut down an entire transportation system for a €3 raise. It’s not bad or good, it’s just different. So, the idea of the French media punching up at PSG in sardonic irreverent ways is just par for the course.

This is where I am when it comes to this Neymar issue. PSG have not just gotten into business with a transcended sports star, they have gotten into business with a bonafide celebrity. With celebrity comes controversy, with some exceptions, but it’s clear at this point that when it comes to demeanor, Neymar is more Ronaldo than Messi. You can live with that. You can win the UEFA Champions League with that, as long as you can manage it. At times, that will mean dealing with rumors, innuendo, and a slight dash of petulance. Brilliance rarely ever comes with stability and is usually created out of a desire and internal will to be better than everybody else at what you do. Neymar is a footballing savant, and with that can come a lack of self-awareness at times. Paris is learning how to deal with their new franchise star, the same way he is learning to deal with his transition from Catalonian Prince to Parisian King.

Back to my desk where all of these ideas are twirling around in my head. I wonder to myself if I have been somehow blinded by my well thought out justifications. Am I failing as a well-informed fan, and semi-serious columnist, to take these reports seriously? Am I pulling the wool over my own eyes to protect myself from the realization that PSG is being used as the middleman to get Neymar to his “dream club” Real Madrid? Am I blinded by a worship of celebrity and raw talent to not see what apparently others do? I brush that all aside, being strong in my convictions, and understanding what these reports really are…

That’s when the realization came to me. This must be what it feels like to be a Donald Trump supporter. As I ponder that thought, I take a large swig of coffee, roll in my chair across the room, and put my phone out of reach.

Lionel Messi Looks Back on the Sudden Departure from Barcelona
9 October 2021, 7:40
Follow Us