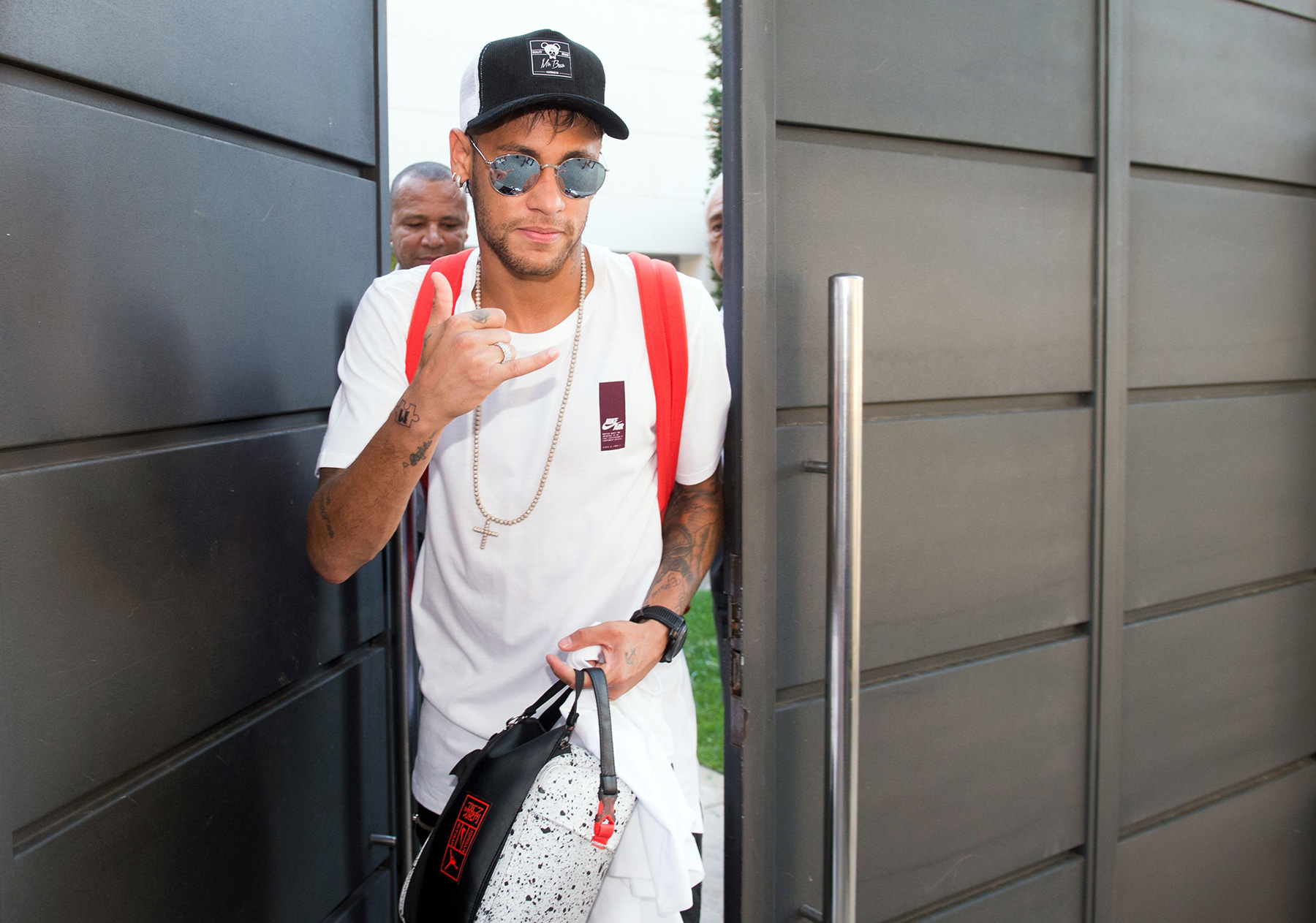 Who is Marcelo Bechler? In short he is a Brazilian journalist for Esporte Interativo, living in Barcelona. A low profile for the man who lit the fuse on the greatest transfer bomb in football history.

As we all wander the earth, most of us in anonymity, a select few are plucked from the crowd to become famous. Some through happenstance, others through initiative. Bechler’s moment of glory can be attributed to a bit of both. He had to be in the right place at the right time with the right contacts, but also have the guts to be mocked by more established football media, stand by his convictions, and in the end be vindicated.

While media outlets like AS in Spain had hinted at a possible drizzle, on July 18, 2017, Bechler forecasted a hurricane. Neymar Jr. wasn’t only interested in Paris Saint-Germain, or flirting with PSG, or slightly unhappy at Barca, he had decided to flat out agree to terms and was signing with Paris as soon as possible. This revelation was met with healthy skepticism by some, indignant scorn by others, and humorous chuckles by most. While this deal had been theoretically discussed for years, even not so theoretical terms had been discussed by the parties concerned, no one actually thought that Neymar would leave. Even if he did, not for some club like PSG. Sure, they had the money and ambition but a club with no perceived history or loyal fan base could ever get one of the world’s top three players. Plus, Paris could never pay his release clause without breaking financial fair play rules. People dismissed Bechler as a journalist trying to make a name for himself on sketchy information. It would only be a matter of time before Barcelona and Neymar put all of these scurrilous rumors to bed.

Barcelona held up their end of the bargain, claiming that there was a “200 percent” chance that Neymar would stay. Barcelona president Josep Maria Bartomeu claimed the reports were false. Now that Barca had spoken, Neymar would soon follow by stating his love for the club with a strong rebuke of any advancements towards him or his people. Any minute now, this manufactured scandal created by an overzealous writer would be killed dead. Except it wasn’t. Neymar never spoke. Neymar never spoke a damn word. As his team traveled throughout the United States for the International Champions Cup, he looked distracted and isolated from Lionel Messi and Luis Suárez.

On July the 22, Barcelona played Juventus FC at MetLife Stadium across the river from New York City. The rumors had yet to abate and if anything, had grown stronger through the reporting of people like Jonathan Johnson. While others had stipulated Neymar to only having “talks” or “negotiations,” they still held firm in their skepticism. It was at this moment that a Twitter video posted by ESPN FC told its own story. While the anchors and analysts continued to claim the story was a fabrication, into the stadium walked the MSN. Messi and Suarez together side by side, but the Brazilian was nowhere to be seen. A few seconds later he emerged, headphones on with a scowl on his face. This was a different Neymar. This Neymar was not playful or cheery. This Neymar had removed his mask and revealed what he was feeling to the entire world, if they were willing to listen. The seleção star didn’t have to use his words, his carefully crafted body language told the entire story. He was gone.

On Sunday July 23, Gerard Pique seemed to turn the storm back with his social media account. The center-back posted a picture of him and Neymar with the caption “Se Queda” which translates to “he stays.” Seemingly out of nowhere, when all of the evidence pointed one way the magic of Pique seemed to stop the story dead in its tracks. This writer even wrote a column about Neymar’s decision to stay that thankfully has never seen the light of day. If you become a Patreon member I may send you a copy of this lost column that only two human beings have seen. For PSG, fans the dream was over faster than it had started. Time to move on to Juan Foyth, Danilo Pereira, and Alexis Sanchez. There was only the mere formality of Neymar himself confirming Pique’s tweet and recommitting himself to the Catalan club. But Neymar never spoke…Neymar never spoke a damn word. The next day Barca held a press conference where Pique walked back his tweet and only said that he “hoped” Neymar would stay. The game was back on.

However what none of us knew that the game was over. It had been for quite a long time. We just didn’t know it yet. Nobody had yet to put the pieces of the puzzle together.

On July 9, L’Equipe reported on their transfer show that Brazilian right-back Dani Alves had signed a two-year deal with PSG. Wait…what? He was supposed to go to Manchester City. He was slated to go there for weeks. He had gotten out of his Juventus contract specifically to rejoin his old coach Pep Guardiola and make one final run at the UEFA Champions League. It was one of the only deals this window that seemed like a sure thing. People couldn’t believe it, until more people picked it up, and in three days time, Alves would fly to Paris and on Wednesday July 12, sign for the capital club. People simply assumed that it was the “Qatari money” that lured him away from Manchester. Assumptions that proved to be wrong.

I talked to him about the possibility [that he would join PSG],” said Alves. He recommended me to come here. He suggested that I came to the club. I said I wanted to leave Juventus, and he was thinking of coming here.”– Mirror

Brazilian culture is tight knit and familiar. Brazilian football stars form a bond that is sometimes thicker than blood. For years, Alves had been a mentor, friend, and big brother to the young starlet. He was there for Neymar’s formative years at Barcelona and to console him in last year’s Champions League quarter-finals as a member of Juventus when the Italian club defeated Barcelona. So it only made sense that the man who would help Neymar with one of the toughest decisions in his life was a man who may as well be his brother.

When Alves signed for PSG it was only a matter of time that Neymar would followed. The whole drama around this transfer had been a mirage. The decision had been made and despite what Neymar said in his introductory presser, was made for weeks and weeks. We did our best to counter all of the evidence in front of us with our intuition. No way would Neymar join PSG, whether you wanted it to happen or not, it would not happen. The clues didn’t matter, it was only our intuition that counted.

So as the saga dragged into the second week, the press and the fans still were unsure of the outcome. Media reports began to state that the decision would come after Neymar’s trip to China for a promotional appearance. He would continue to start friendlies for Barcelona and would play El Clasico on July 29. Neymar started alongside Suarez and Messi and played fairly well. Throughout the ICC pre-season tour, Neymar had scored three goals and in what turned out to be his final moment in a Barcelona shirt, assisted on the game-winning goal by…Pique.

Since it was a friendly, the stars were subbed out early in the second half. First Suarez, then Messi. Neymar stayed on. For the first–and as it turned out only time–Neymar had the team all to himself. This moment would not last. The 25-year-old star was shortly taken out. No goodbye, no clapping towards the fans, Neymar never spoke…Neymar never said a damn word. He left his team for China and the entire time, Neymar never spoke….Neymar didn’t say a damn word. He let all of us do the talking…all the while he waited. Neymar waited for the moment, the right moment, and that moment would come in due time.

Part IV covers the week of the historic transfer and the reaction and fall out from all sides.