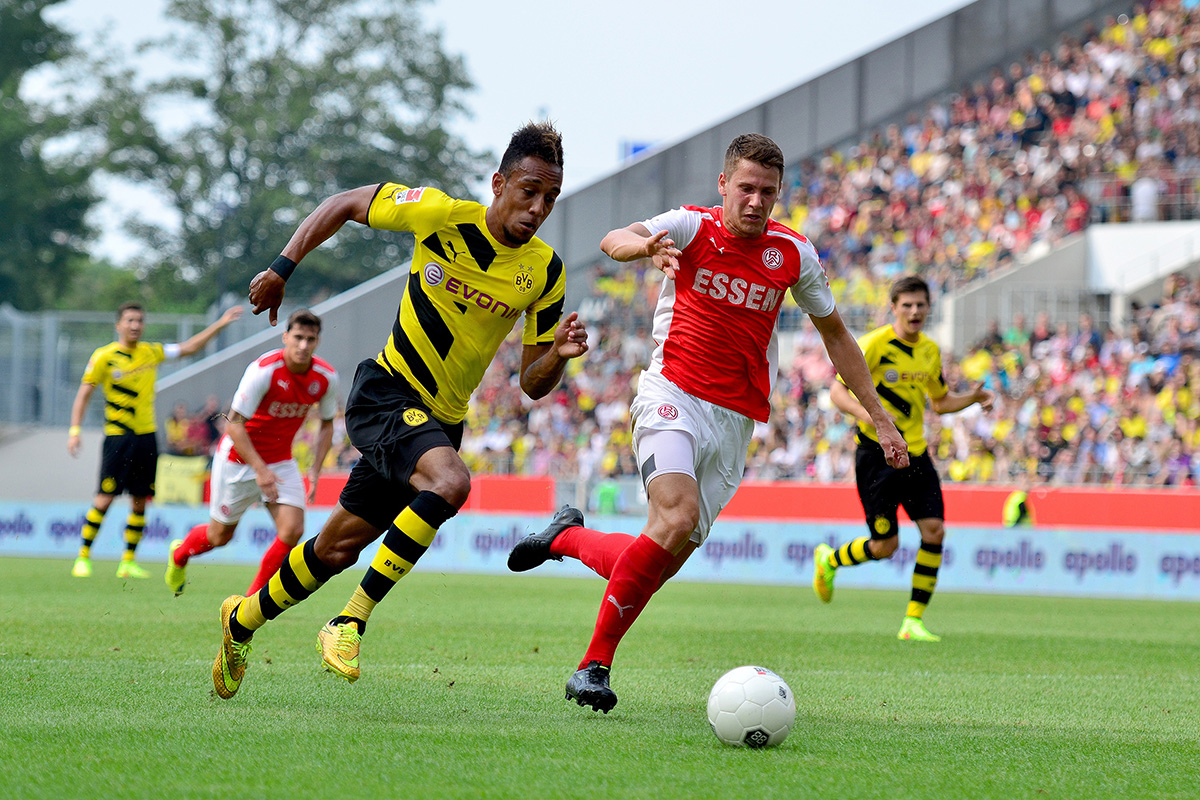 The recent poor performances in the Champions League from Paris Saint-Germain’s attacking trio of Edinson Cavani, Zlatan Ibrahimovic, and Angel Di Maria has raised questions about whether or not the club needs to buy an extra attacking threat in the next transfer window.

The lack of goals from “CIA” against elite competition is concerning and you have to wonder about their ability to play together. They certainly have the individual talent but for some reason the ball isn’t finding the back of the net. Di Maria and Cavani both scored goals against Malmö FF in the first Champions League game of the season but none of the attackers have been able to put their names on the scoresheet since.

The last match against Real Madrid at the Santiago Bernabeu was particularly concerning. Paris Saint-Germain dominated for long spells but the attack just didn’t manage to convert any of the chances created with Cavani committing the most egregious error. Cavani should be the main goal-scoring threat, especially in big matches, because of Ibrahimovic’s decline in ability. But as I say jokingly, Cavani only “scores when he wants,” which won’t be good enough if PSG hope to achieve its dream of getting past the quarterfinals of the Champions League.

Even with players like Ezequiel Lavezzi, Lucas Moura, and Javier Pastore at Laurent Blanc’s disposal, none of them pose a real threat to score with any sort of regularity.  The only real striker in the team besides Cavani and Ibrahimovic is the youngster Jean-Kevin Augustin but he has not been allowed enough minutes with the first team to have any real impact.

PSG clearly need an extra striker who can provide a goal-scoring threat off the bench and even provide some competition for Cavani (especially since Zlatan is seemingly untouchable) or fill in when neither is available for selection (like the game against Stade Rennais, where Blanc opted for Ezequiel Lavezzi to lead the line in the absence of Cavani and Ibrahimovic; a move which didn’t work to desired effect).

As far as players I’d like to see PSG target, Dortmund’s Pierre-Emerick Aubameyang, who has scored 14 goals in 12 Bundesliga games this season, would be an incredible signing. He’s familiar with Ligue 1 from his time at Saint-Etienne and the Gabon international would fill many of the cracks in the Paris attack. Bringing him to the Parc des Princes will be difficult, with Jürgen Klopp at Liverpool coveting his former player, but let’s hope the allure of Paris and the Champions League will tilt the scale in PSG’s favor.

Jamie Vardy is another player I believe could contribute to PSG. Although it may be a bit too early to judge, I personally wouldn’t mind taking a gamble on the in-form Leicester City F.C. striker, who is currently leading the Premier League with 12 goals through 12 matches. He’s technically sound and his movement and finishing are world class. His pace would allow him to play from the wings in a similar role to Cavani’s.

Vardy would have to settle for a substitute role though, which, given his stellar form, could be troublesome. If the former Fleetwood Town player was open to a move to the French capital, he would come relatively cheap and Nasser Al-Khelaifi would be foolish to not at least make a bid.

Whether PSG target these two players or not, it’s clear the club needs a reliable third striker and it will be fascinating to read the rumor mill come January.

Who do you think PSG should buy in the next transfer window? Leave a comment below or tweet us at @PSGTalk.

Report: Di Maria and Paredes Expected to Start in Argentina’s World Cup Qualifying Fixture Against Chile
30 May 2021, 9:50
Follow Us