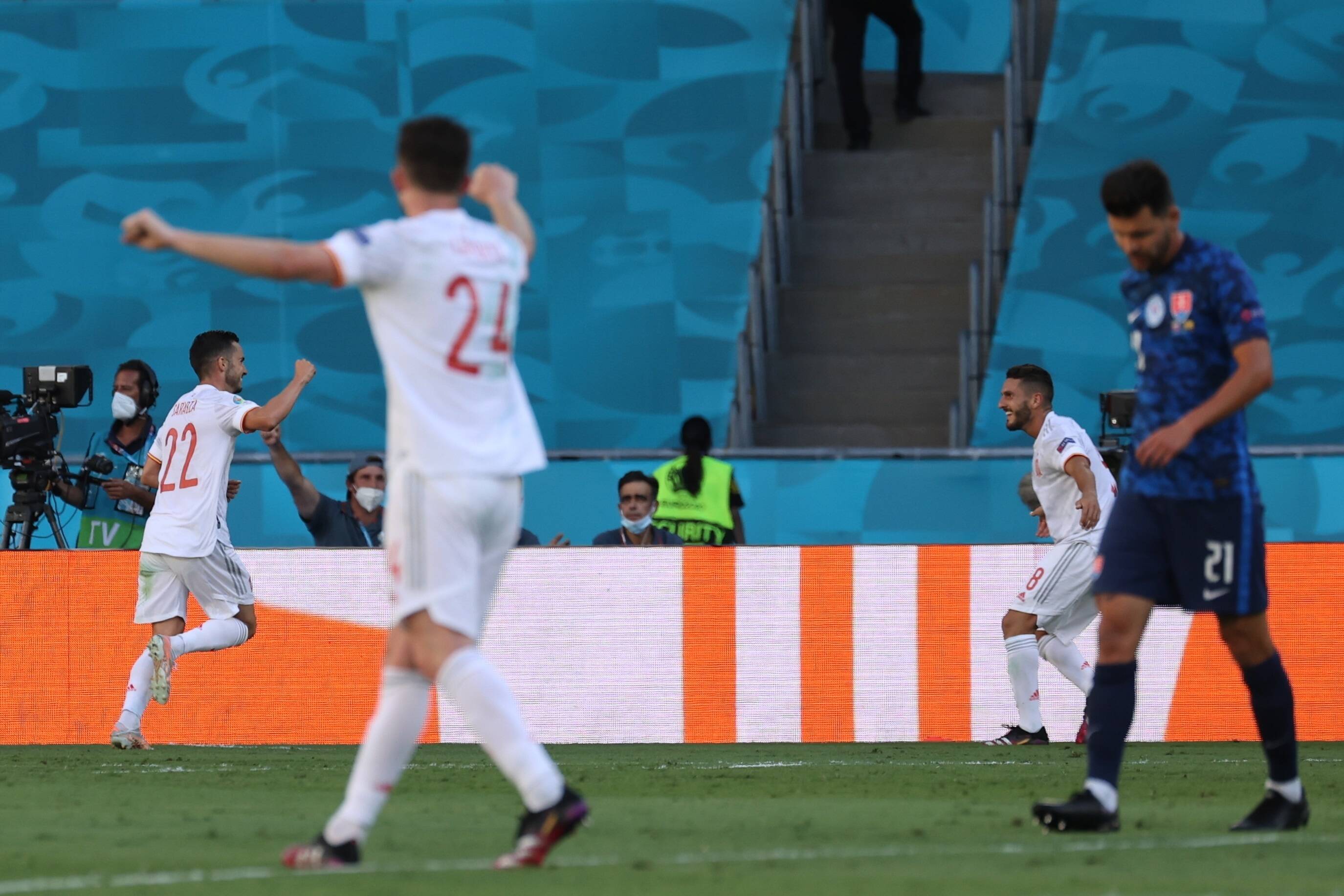 Spain has struggled to score goals during the group stage of the UEFA Euro 2020. However, against Slovakia, it appears as though the scoring floodgates are open for Luis Enrique’s side.

The Spain national team has scored three goals, and one of the scoring contributors is Paris Saint-Germain forward Pablo Sarabia. The 29-year-old received a cross inside the box and would provide Spain with more icing on the cake to secure the three points and clinch a spot for the knockout stages.

Sarabia and Spain are pulling away with a convincing win.