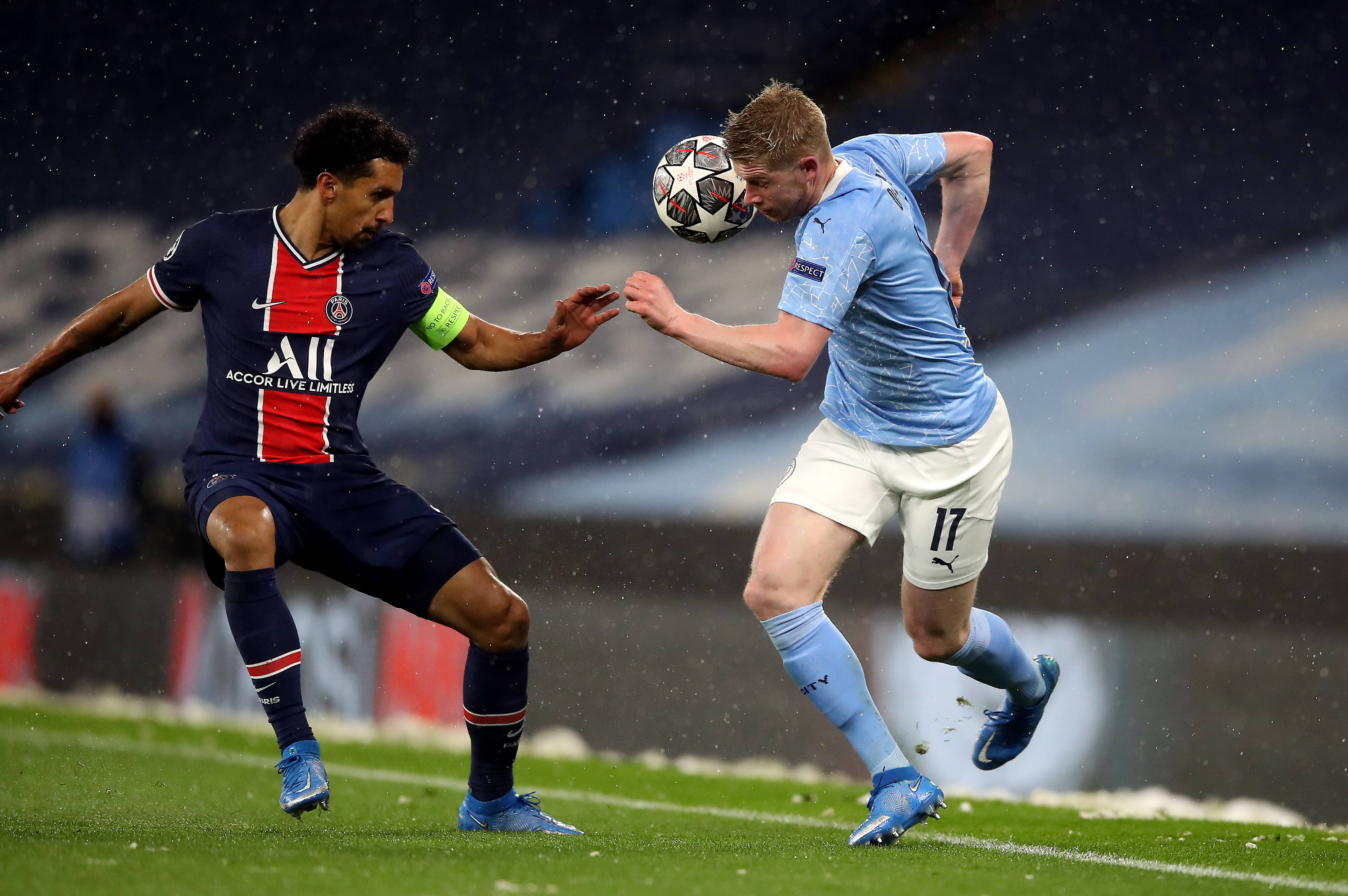 In the second leg against Manchester City, Paris Saint-Germain had various opportunities to score the fixture’s first goal. One of the failed chances was a Marquinhos header that went off the post. After scoring in the first leg, the PSG captain couldn’t land a second.

The English club would put away their chances resulting in Pep Guardiola’s side winning the UEFA Champions League Semi-Finals matchup 4-1 on aggregate over the French giants.

After the match, Marquinhos spoke to RMC Sport, where Canal Supporters relayed his comments regarding the loss to Manchester City.

“It was a game where we tried to give everything. We started the game well, with a very high pressing, but it depends on the details, they held on, well-defended, and on an action, they scored the 1-0 goal which puts us in difficulty. In the second half, we tried to push too, and we took a second goal that kills us. You have to think about the things that you need to improve. This season we stop in half,” Marquinhos said.

“What he missed? These are two teams with different strategies. City is a team that knows how to keep the ball very well; we tried to be aggressive to prevent them from spinning this ball. After that, it was played on small details, as often in big matches.”