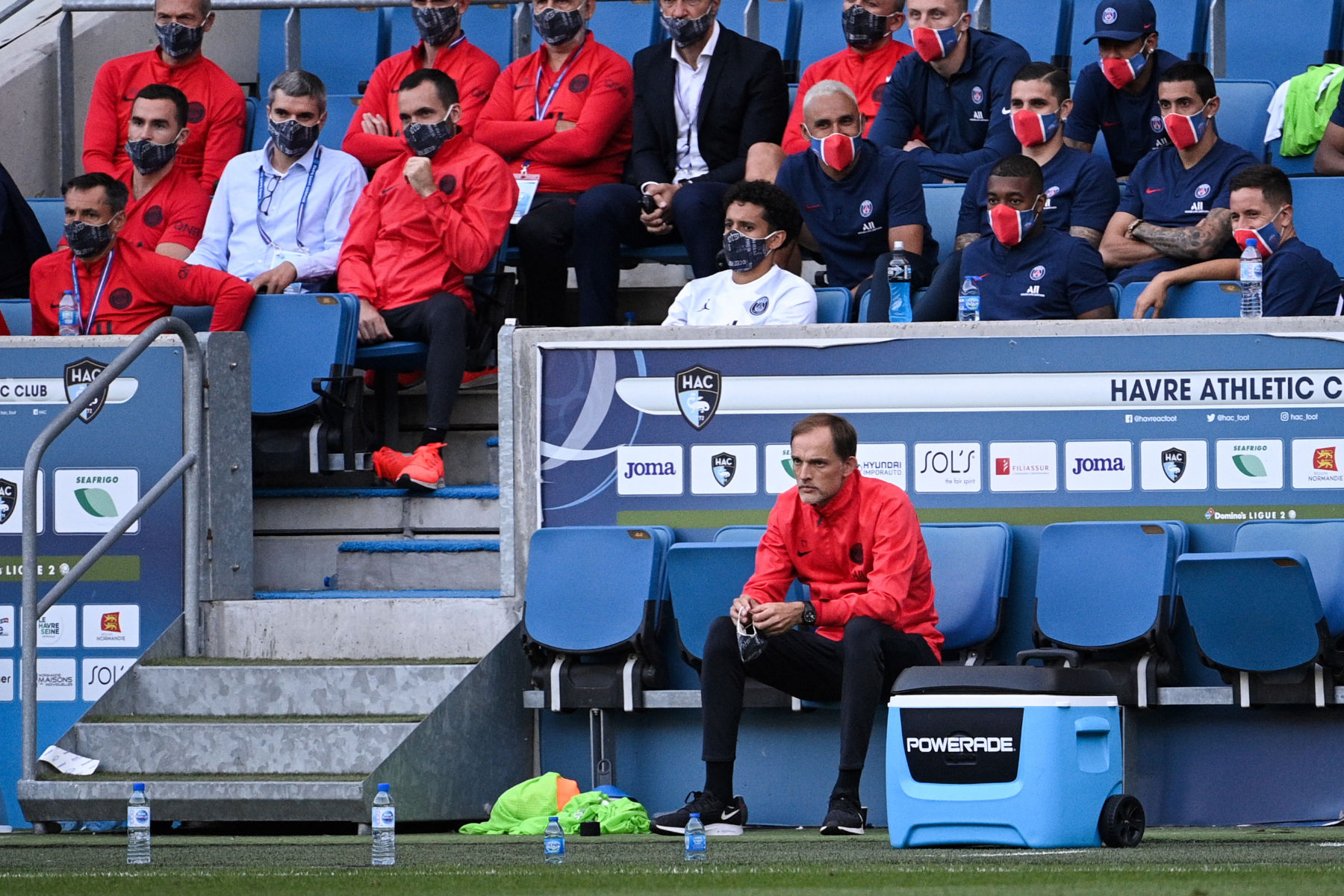 After Paris Saint-Germain’s 9-0 victory against Ligue 2 side Le Havre on Sunday, manager Thomas Tuchel spoke with the media in attendance (via Le Parisien).

One of the first few questions the German answered was the fans’ return to the stands. Across Europe, matches are occurring behind closed doors with no fans attending and PSG’s friendly against Le Havre was the first time fans were allowed back into the stadium in Western Europe. The 5,000 total spectators were still required to wear masks and adhere to social distancing rules.

The press conference transitioned to the match and what Tuchel can learn from the win.

“I have to watch this match again. The objective of our 4-4-2 was to find our structure offensively,” Tuchel said. “There are situations to improve in the recovery of the ball. But that was not the goal. We absolutely have to go through friendly matches to find our rhythm.”

Tuchel was then questioned about PSG’s superstars, in particular Mauro Icardi, Neymar Jr., and Kylian Mbappé.

“We started the recovery with groups of five players, then ten. Now we are in the last phase. I saw a very concentrated, very calm team,” Tuchel said. “They like to train together. They are really happy to be in the field. It was seen today. They scored great goals. That’s good, we must continue now.”

Finally, the media asked Tuchel to share his thoughts on facing Atalanta in the UEFA Champions League quarter-final. La Dea manager Gian Piero Gasperini shared his reaction on playing PSG before their match against Juventus FC on Saturday.

Despite the Champions League being at the forefront of everyone’s mind, Tuchel understands that he has two domestic finals before he even thinks of Atalanta.

“It’s going to be complicated. Eight teams will want to win this competition. It’s going to be a very difficult and very close match. Bergamo has many qualities. We saw it on Saturday against Juventus. It is a very balanced team, very offensive, very physical. But now is not the time to lose your mind thinking about this match.” Tuchel said. “The only match in my head is Saint-Etienne. After, it will be Lyon. And then we will have twelve days to prepare for the Champions League. It is necessary to do this step by step. The first step will be the match against Saint-Etienne.”