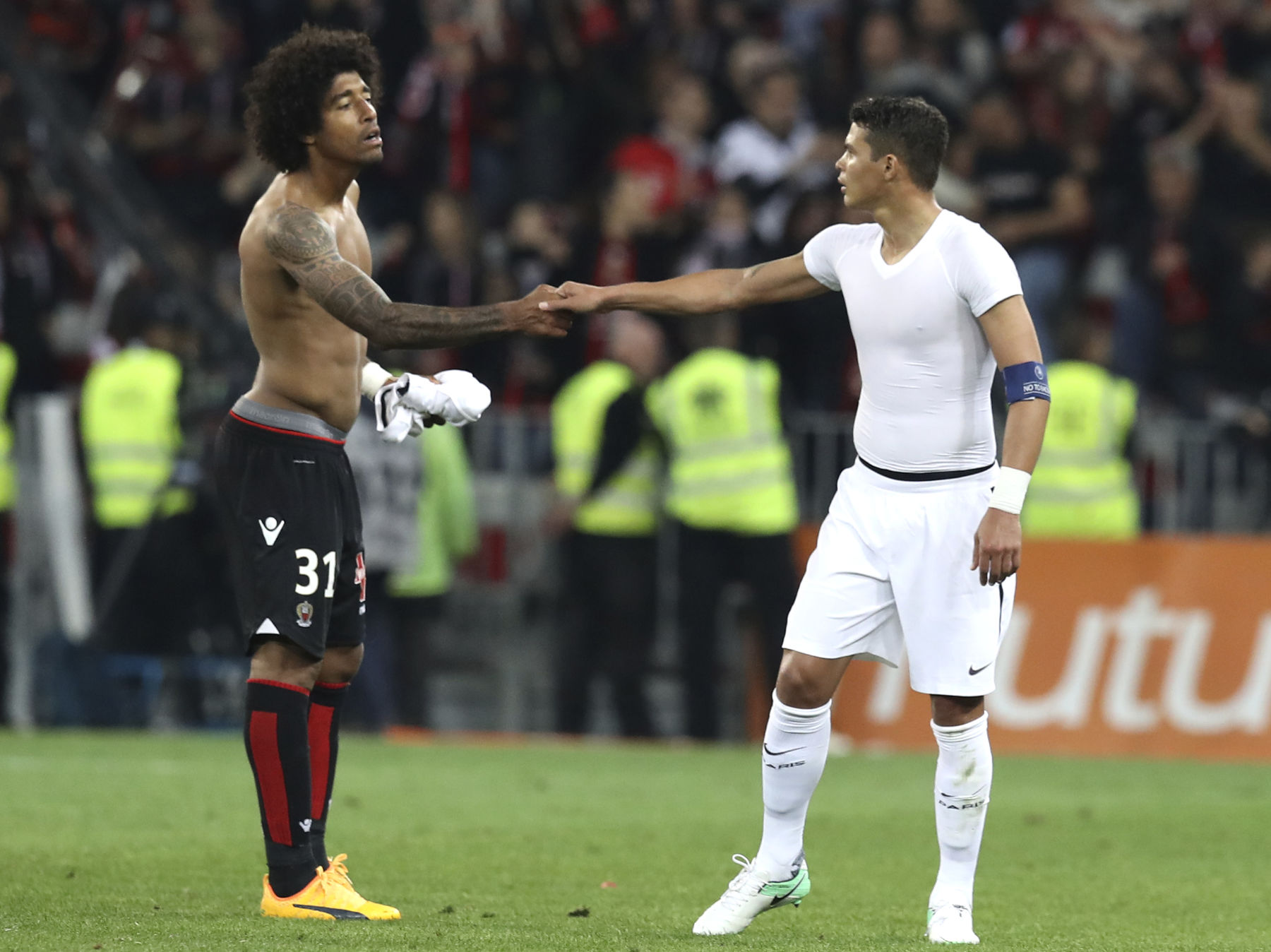 News
Nice Defender Names PSG and Bayern Munich as the Favorites to Win the Champions League
By Eduardo - 7 July 2020, 13:00

OGC Nice central defender Dante spoke with Le Parisien recently, and during the interview, he was asked about Paris Saint-Germain.

The questions that stood out to me were about the perception some have of Thiago Silva. It’s no secret that the 35-year-old has worn the captain’s armband for some of PSG’s most embarrassing defeats in the UEFA Champions League and as a result, plenty have questioned O Monstro’s leadership qualities and whether or not he can lead PSG to conquer Europe. It’s probably one of the reasons why PSG is parting ways with the Brazil international at the end of the season when his contract expires. Nonetheless, Dante feels that the criticism is too harsh on Silva.

“We tended to make him responsible after each PSG defeat. He may have had moments of weakness like a collective. From this observation, people have no doubt formed a bad opinion about it,” Dante said. “Everyone can make errors of judgment. You just have to have the intelligence to recognize it. Thiago has marked the history of this club. It remains obvious.

Next, the French media outlet asked Dante about the chances the capital club has in the quarter-finals of the UEFA Champions League, especially with the single-game elimination format. The 36-year-old adds that no club stands out, so for him, the favorites are PSG and FC Bayern Munich.

“No club yet qualified stands out. It can be a good year for PSG. I put a play on Paris and Bayern. Before learning about the change of formula, I already imagined getting to the final,” Dante said. “The qualification against Dortmund showed the resources of this team. Led by Neymar, she has a good card to play.”

Finally, Le Parisien asked whether or not Neymar can win the Champions League with PSG as the go-to superstar on the squad.

“We know its qualities. Paris without Neymar is very strong and can beat any team. But with him, Paris is even more efficient. He has reached a milestone. With repeated injuries, he has experienced things that are not easy, but he has a lot of personality and character,” Dante said.

“He knew how to do his self-criticism to improve himself further and think collectively. It can also be felt in his more fluid relationships with his teammates. We have a truncated image of him. This boy is extraordinary. He deeply loves the game. On a field, he exudes joy.”