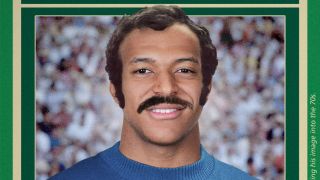 The 1970 FIFA World Cup in Mexico was 50 years ago and thanks to the official FIFA World Cup Twitter account (and some major Photoshop work), we have a comical image of what the Paris Saint-Germain duo would look like if they played for their respective nations.

We think the ‘70s look suits you, @neymarjr 🇧🇷😅

I love everything about these images, especially Mbappé’s. The thick jersey, receding hairline, and mustache are just perfect. I get the impression just looking at the photo that this version of Mbappé could smoke a pack of cigarettes and then go bang in a hat-trick.

The Neymar version could be a little better. I feel like during his PSG career that we’ve seen this look from the Brazilian. I suppose since this was back in the 70s that this version of Neymar wouldn’t dive as much? I kid, I kid…