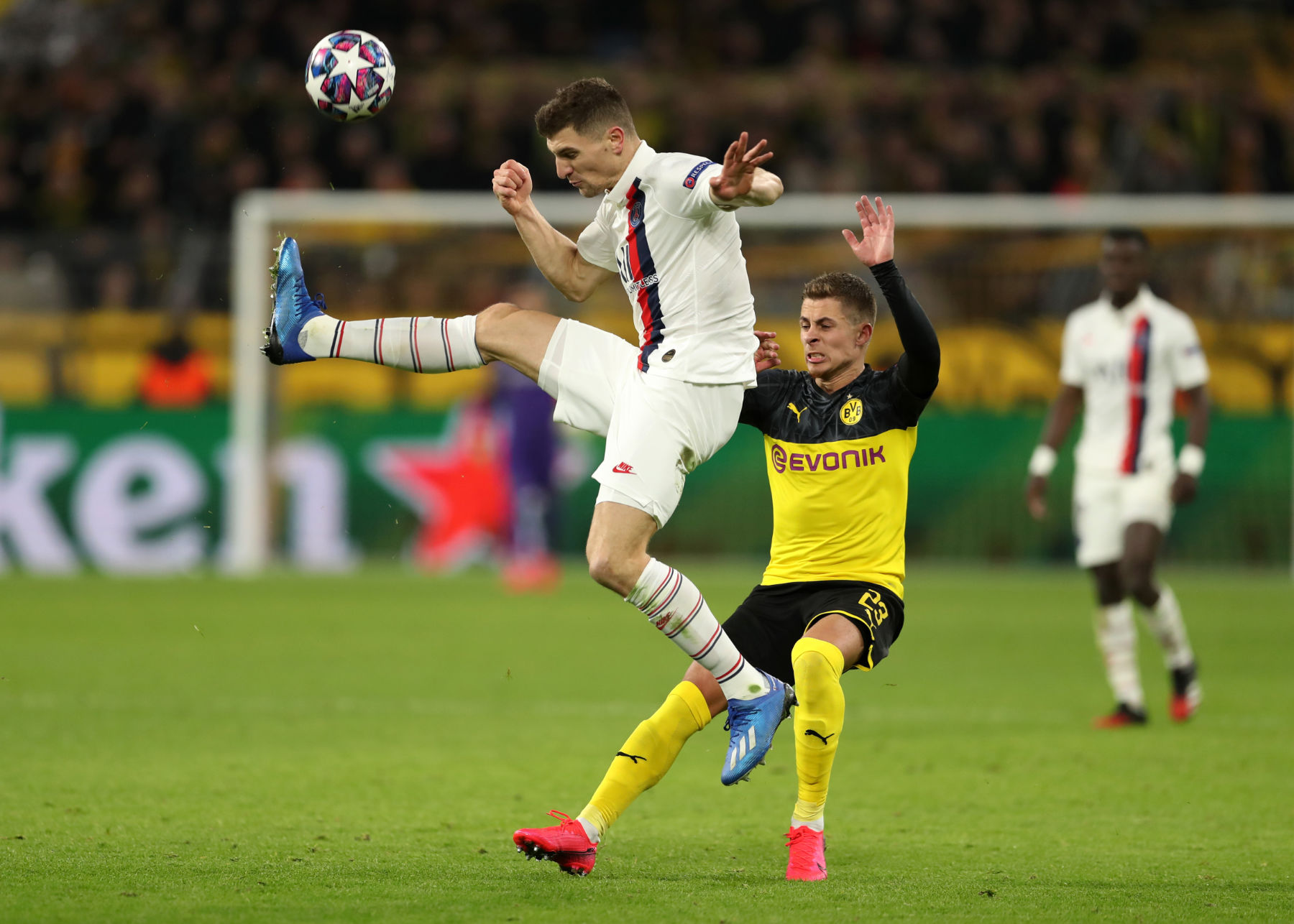 Thomas Meunier is technically still a Paris Saint-Germain until the end of the month when his contract expires but on Thursday, Borussia Dortmund announced that they have officially the Belgium right-back.

The transfer had been rumored for weeks, if not months, so PSG supporters had been expecting an announcement any day now. They’re also not that all that upset about Meunier’s departure either as you can tell from the tweet below from @LucaDmng.

Now, I don’t think Meunier is as bad as that video shows but I also don’t think he’s a very good player either. The former Club Brugge defender started at right-back mostly out of necessity for manager Thomas Tuchel. Colin Dagba is still young and inexperienced and Thilo Kehrer was injured quite a bit this season. Meunier was the starter by default.

It’s funny that Dortmund signed Meunier after having two seasons with a world-class right-back in Achraf Hakimi (on loan from Real Madrid). They’re aware of what a quality right-back looks like, which makes me question why they want Meunier.

There’s also that comical situation where Meunier admitted that he had no idea he was one yellow card away from being suspended when PSG played Dortmund in the Round of 16 of the Champions League this season (essentially blaming the PSG staff). He picked up a yellow card in the first leg and missed the second at the Parc des Princes.

Combine Meunier’s mediocre ability with his poor decision-making and affinity for liking social media posts by his club’s rival, and you start to understand why PSG allowed him to run his contract down to leave on a free transfer.