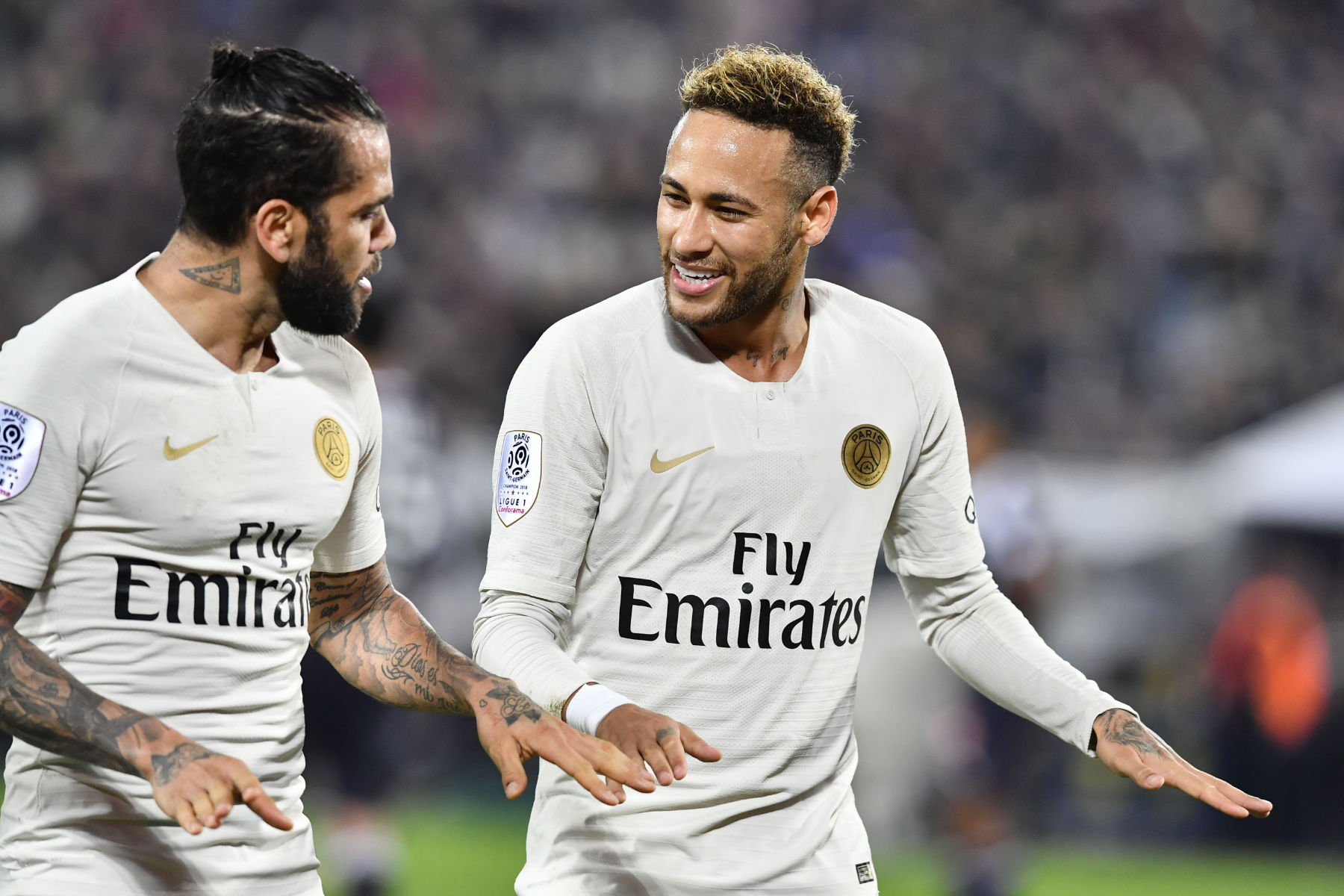 News
‘He Is One of the Purest People I Have Ever Met’ – Former PSG and Barcelona Teammate Reveals Neymar’s True Character off the Pitch
By Eduardo - 13 May 2020, 17:44

In an interview with the Jogo Alberto show (via Paris Team) in Brazil, former Paris Saint-Germain right-back, Dani Alves, spoke about some of the pressures that Neymar Jr. carries.

The 28-year-old is not only trying to bring the first UEFA Champions League to Paris, but he also wants to lead Brazil to its first FIFA World Cup win since 2002

Furthermore, Neymar’s life outside the pitch is always a target, which many use to explain why he won’t be successful as the leader of any team he plays for.

“Why is Neymar not yet the absolute national idol? I think he carries too many responsibilities. What he does with his life is not criminal since he always produces results on the ground,” Alves said. “People think that we have no problem, that we have nothing to deal with, no reason for stress. But we are human.”

Alves would go on to add what Neymar is like when the media isn’t following his every move and labeling him as a selfish player.

“He is one of the purest people I have ever met, but he has his personality. He was born to be different,” Alves said. “What I always say is that he has to focus on what is in his hands, namely playing and getting results (for his team).”

Being the leader on a squad is one of the reasons Neymar decided to join PSG, and it’s often a criticism of his that he faces from not only pundits and media, but his fellow Brazilian peers in football.

Recently, fellow Brazilian and currently Olympique Lyonnais defender, Rafael, called into question the leadership that Neymar brings to the table, primarily for the Seleção.

Neymar is in the middle of his prime years and has a short window to cement his legacy as “the man” on the squad.

After seeing PSG crash out of the Champions League the last couple of seasons without him, this year, the Brazilian made sure to drag the capital squad past the Round of 16.

Last year, the 28-year-old saw his national team win a Copa America without him as he missed the tournament due to injury.

With that said, there’s no question that Neymar is not only motivated to win that tournament himself next year, but use it as a momentum builder to help end Brazil’s World Cup drought.