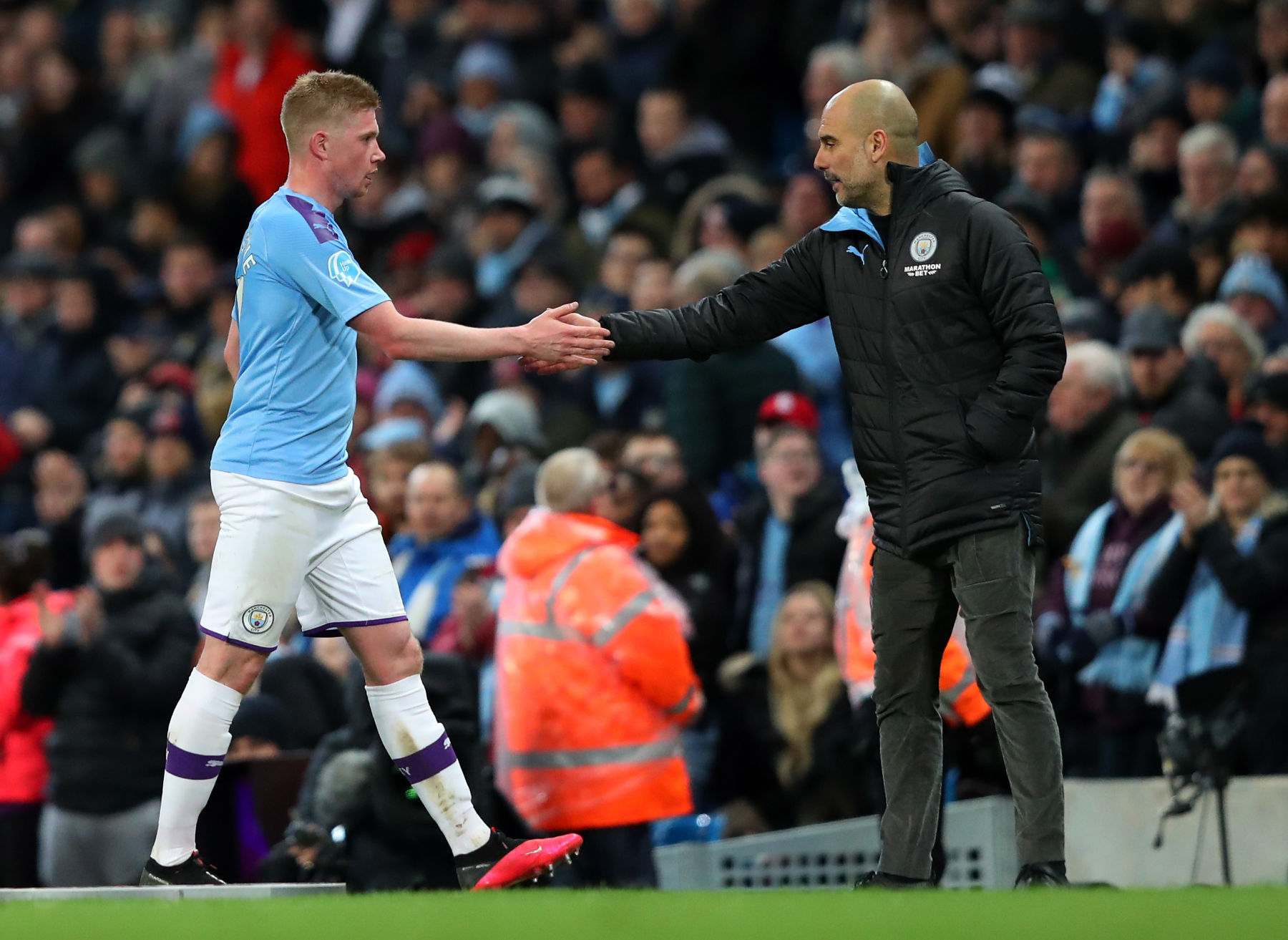 PSG Mercato
De Bruyne Hints at Guardiola’s Future at Manchester City Amid Interest From PSG
By Ed - 3 May 2020, 6:35

At various times during the season, the future of Thomas Tuchel at Paris Saint-Germain was very much in question.

Perhaps no more was his job security in jeopardy than when he had two public altercations on the sideline with Kylian Mbappé.

However, speculation regarding PSG making a change at manager appears to have dissipated since reaching the quarter-finals of the UEFA Champions League last March, and then the coronavirus shutdown just a short while later.

According to Le10Sport, PSG considered replacing Tuchel with Manchester City’s Pep Guardiola but despite being banned from the Champions League for the next two seasons, Guardiola seems to be wed to his current club as confirmed by his player, Kevin De Bruyne, during an interview with HLN.

“If the future of Guardiola will play in my decision to stay in City? Not particularly. Pep said he will be there next year anyway, no matter what. After that, his contract will expire. But I’m not going to let my decision depend on what Pep will do.”

That pretty much confirms it. Guardiola will not be coming to the Parc des Princes after the season. However, maybe De Bruyne would be open to a move to PSG. He’s currently 28-years-old and will turn 29 in June. Can he really go two years without the Champions League? Maybe he is the City employee PSG should go after.

‘Difficult to Establish a Relationship’ – Leonardo Discusses the Reason for Firing Thomas Tuchel
10 October 2021, 21:15
Follow Us