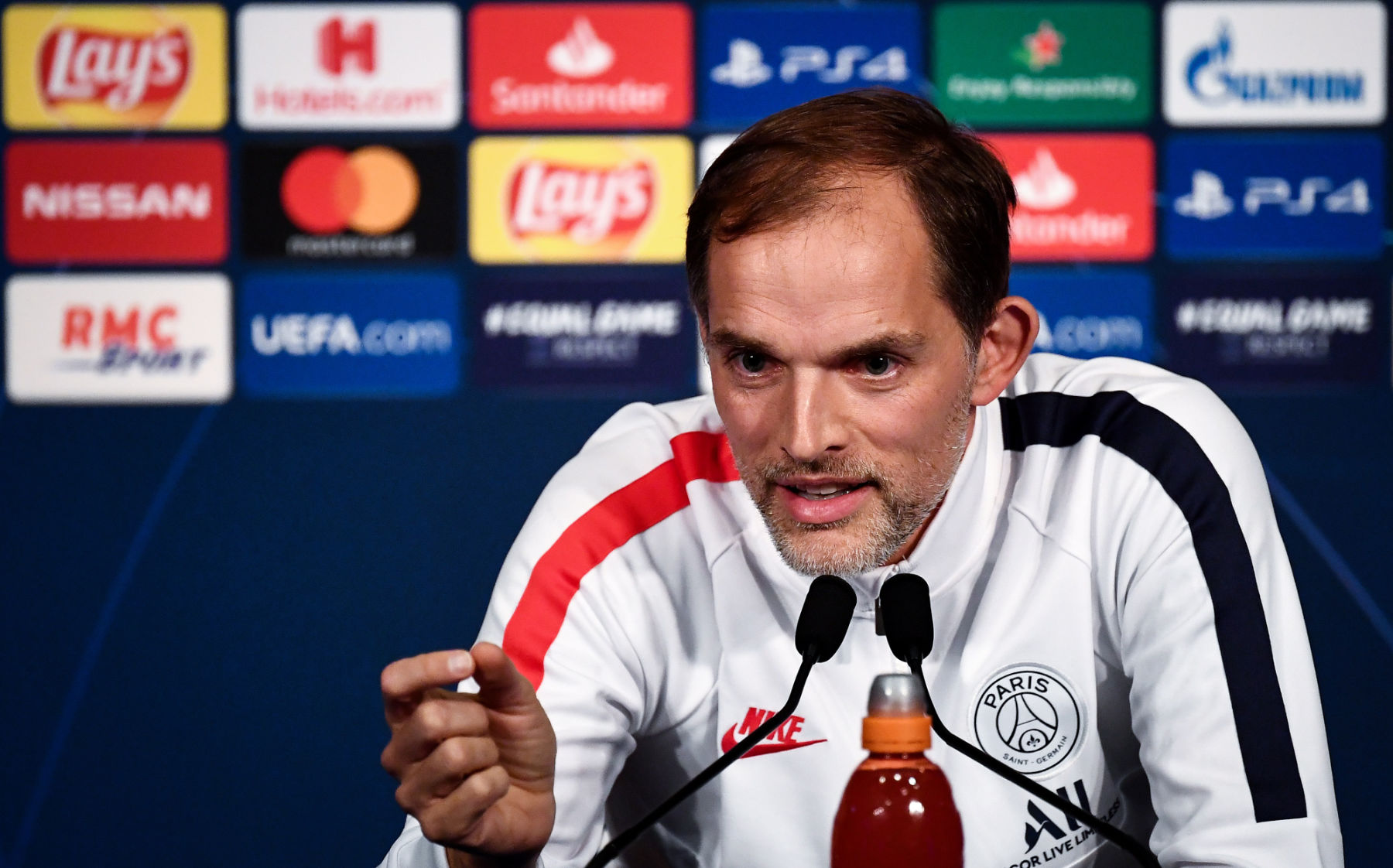 Paris Saint-Germain host Club Brugge on Matchday 4 of the UEFA Champions League on Wednesday and as usual, manager Thomas Tuchel stepped up to the podium to answer questions from the media at his pre-match press conference.

The manager fielded the usual questions about his team but first, he had to address the rumor first reported by Sky Sports that he had been contacted by FC Bayern Munich about their current vacancy and whether he’s interested or not.

“No, I am not interested. I am the manager of PSG,” Tuchel said. “I have a contract. I also have a contract for next season. I can’t think about any other club right now.”

That’s about as definitive of an answer as you’ll get from Tuchel.

The German tactician was also asked about the loss to Dijon and the effect it had on his squad.

“We have to improve and learn from those mistakes, and for that maybe it’s a good lesson for us,” Tuchel said of the loss to the last-place team in Ligue 1.

In regards to Mbappé and Di Maria, Tuchel is very high on their partnership so far this season.

“Yes, they like to play together. They have a really important role. Their position as forwards is important,” Tuchel said. “They always try to find each other on the pitch. I think it is a really good thing for the team.

“It is also important for them to adapt according to our style as a team, so they are doing really great together, and this is what I am asking for.”

When asked about Brugge, Tuchel remains focused on the task at hand despite his team winning 5-0 in Belgium on October 22.

“We have to be prepared for any kind of situation,” Tuchel said. “Yes, it is a very aggressive team. They are kind of crazy. It is not always well structured, but sometimes they play one against one, so it is something unusual”

“We have to be very precise, very calm, and very fast, too. We have to take decisions very quickly and adapt.”

The last interesting comment from Tuchel’s press conference was about whether he loses sleep at night over the fact that he is paid very well and the demand is that he wins the Champions League.

Tuchel made an excellent point that there is only one team that wins the Champions League every year and luck plays a huge role in their success. As has been his mantra all season, the former Borussia Dortmund manager repeats that he focuses on one match at a time.

“I lose sleep when we play badly. I lose sleep if I don’t have the solutions to win the game. But it is important for me to do it step-by-step and not start dreaming and putting the biggest pressure on us,” Tuchel said.

Paris Saint-Germain can officially qualify for the Round of 16 of the Champions League with a win over Brugge on Wednesday.