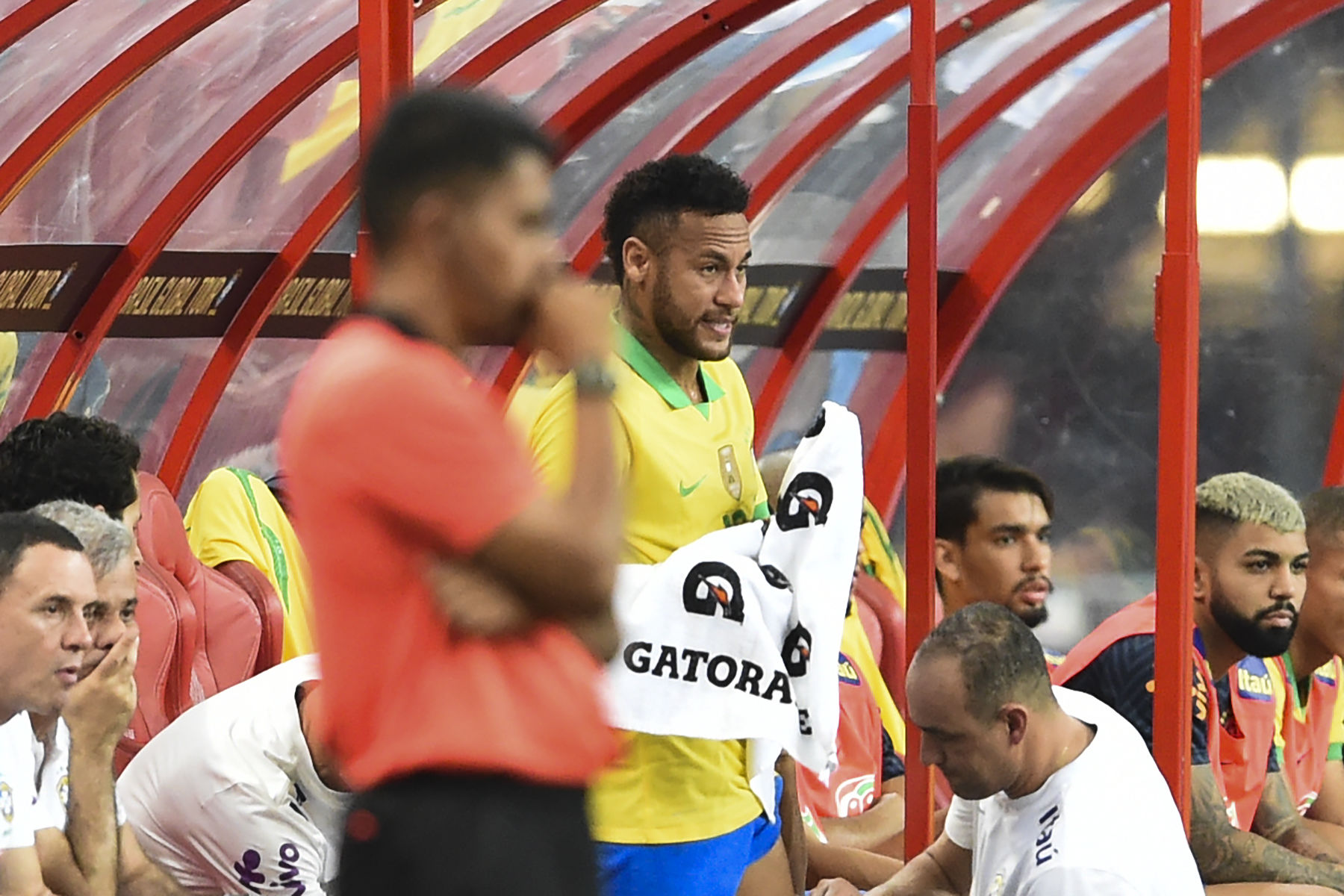 On Monday, Paris Saint-Germain learned the extent of Neymar Jr.’s muscle injury that he sustained in a friendly while on international duty with Brazil. The news wasn’t good.

Early in the match against Nigeria that was being played in Singapore, Neymar came up lame after sprinting across halfway with the ball. He tried to continue for a few minutes after but eventually limped off in the 12th minute to ice his leg.

This looks like the run where Neymar felt some discomfort in that hamstring. #BRANGA #PSG pic.twitter.com/OzNWCwG7Oh

When Neymar returned to Paris, the medial team was able to diagnosis the injury. Per the club’s official website, Neymar suffered a grade 2 lesion to his left hamstring and the initial estimate puts his return at four weeks. He will be assessed again in eight days but the news means Neymar will miss six games for the reigning French champions, including two UEFA Champions League games and Le Classique.

As with most things Neymar-related, social media lit up when the news came down. Many of my followers, including me, questioned whether Neymar should have been playing in a meaningless friendly, to begin with. PSG’s #10 already made his 100 cap in the previous game against Senegal as reported by the BBC Sport and Brazil wasn’t trying to qualify for a tournament. This was a cash-grab by the Brazil FA and it cost PSG a minimum of six games without a player they’re paying approximately €700,000/week to per SillySeason.com.

Other responses ranged from words of encouragement, sadness, and, of course, jokes about his sister, which you always see in any thread related to Neymar because people on Twitter are awful.

All I wanted was an injury free season for Neymar pic.twitter.com/iVHI5MElGS

Neymar should absolutely get a 2nd opinion because 4 weeks sounds like alot for the injury he appeares to suffer. Although he should be back for the game against Madrid…if PSG dont screw it up again. @PSGTalk

I will take a few slight muscle strains here and there for Neymar until everything is fine and he is 100% fit in Spring.#PSG #Neymarjr

Wonder if some clubs will start taking the NHL route and prevent some players from playing in friendlies, especially players that know where they stand with their NT. https://t.co/KUk1RVErDH

PSG needs a new medical and training staff. The amount of injuries PSG has is ridiculous. I know Neymar’s occurred with Brazil, but this past few years has been terrible

International break is the dumbest thing. There’s no logical argument for it expect the FA’s wanting money. Team chemistry can be built in the months going into important matches/qualifiers. When will clubs step up and protect their assets.

Neymar getting injured right before his sisters birthday https://t.co/99qElYccnR