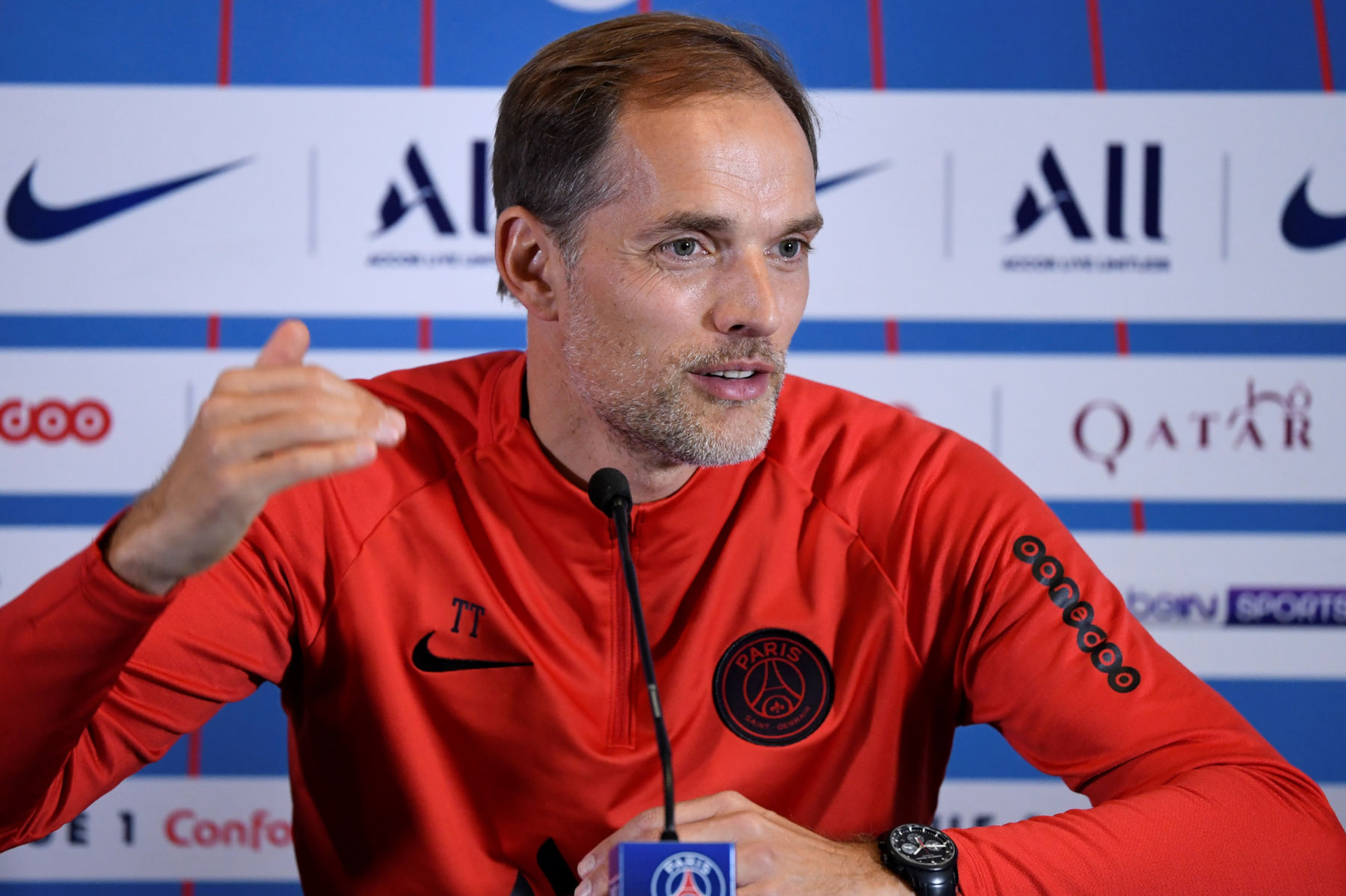 If there’s anyone who has a bone to pick with the recent international break it’s Paris Saint-Germain manager Thomas Tuchel. The PSG boss is currently preparing for Friday’s match against OGC Nice and will be without the services of Neymar Jr. and Idrissa Gueye due to injuries they sustained with their national teams.

At his pre-match press conference, Tuchel smiled when asked if he thought there are too many periods during the season when players have to travel and go away on international duty:

Well yes, it is too much. There are too many competitions, too many matches, too many friendly matches, too many matches in general. And yes, we have a big problem with all of this. There’s not really any kind of preparation phase. Players are always playing, resting, playing, short break, and then play, play, play and ultimately with all teams playing as many games as we play you always have injured players. Ultimately, you can say that plays against the quality of matches. Fans turn up to see a real spectacle and they want to see players at the top of their game but it’s very difficult to play with that same kind of intensity after so many flights and so many friendly games. So, I do believe there are too many competitions. We had the African Cup of Nations, we had the Under 21 international tournaments, Copa America, and next year the again we’ll have the Copa America, it’s every year now. We have the Euros coming up, it never ends. For me, it’s too much. Too many games for the same players who are always involved in these games. Ultimately, we can see there is a lack of quality, it affects the player’s health and we really do lack phases where players can prepare properly so they can play at their top level.

Tuchel is not the only one complaining about the number of matches players are required to participate in. Recently, on ESPN FC, Craig Burley stated that he believes international friendlies should be abolished citing that nothing is really learned from these games and it’s just a way for the football associations to cash in on their star players at the detriment of their club teams.

PSG fans are not pleased either with the news that two of the club’s best players will now miss games due to playing in international friendlies in Singapore.

International break is the dumbest thing. There’s no logical argument for it expect the FA’s wanting money. Team chemistry can be built in the months going into important matches/qualifiers. When will clubs step up and protect their assets.

Since the start of the season, Tuchel hasn’t had his full squad available to him. At his press conference, he was asked how the injury situation can be improved:

Well, I can tell you that we try and control everything that we are capable of controlling but if an injury occurs it’s very difficult to see what happened and why they were actually injured you never really know with 100 percent certainty why it happened. We are convinced that the best thing to not have so many injuries would be to have a real preparation period and to have a good level of endurance or stamina so that we can be totally prepared but unfortunately that isn’t the case. All of the players have to play in other types of competitions at the international level and we try everything to reduce the number of injuries but it’s a shame that we never have the full complement of players available. This is obviously something everyone wants and everyone is expecting a lot from us, results and top performances, and in order to do that we need everyone there but of course, we need to find a solution, we’ll keep looking for that solution and control everything that we can control.

Tuchel was then asked if he had any regrets about the team’s preparation that he put in place and if he will make any changes to drive down the risk of injury:

No, I don’t think so, not right now. That’s just how it is. In recent years it’s been like that and we’re actually used to planning for that. But, there are always dates, for example when players are on their own during the holidays and we set up a kind of training session for them to make sure they’re ready. But of course, when you have players who play in the Copa America or Africa Cup of Nations it’s not possible for them to be at the same level sometimes. So, it’s always something we have to think about, adapting the intensity, the length of training sessions and exercises, etc. We’re constantly faced with these issues and we’re always disappointed when a player is injured because all of the players are extremely important to the team. There are always lots of different things you need to think about. How old is the player, has he already had some injuries in the same part of the body, does he fly a lot for international obligations. We’re always trying to increase the intensity and controlling what we’re capable of controlling alongside the physios, the team doctor, all of the medical staff. We’re speaking about these things every day to try and plan in the best possible way. So I don’t think there’s anything we need to change in our way of doing things. We are convinced that everybody needs to have a certain period for holidays and a certain period for preparation and for training, etc. Sometimes, certain things are out of our control and perhaps that’s why perhaps we have so many players who are injured.

The upcoming period of matches will test Paris Saint-Germain’s mental toughness. It will be easy for them to drop points and play poorly and blame it on injuries but I suspect Tuchel will have them focused and fully prepared. In the meantime, the governing bodies of football should look into the number of matches players are involved in and set up guidelines to protect them and maintain a high-level of play in the biggest tournaments.