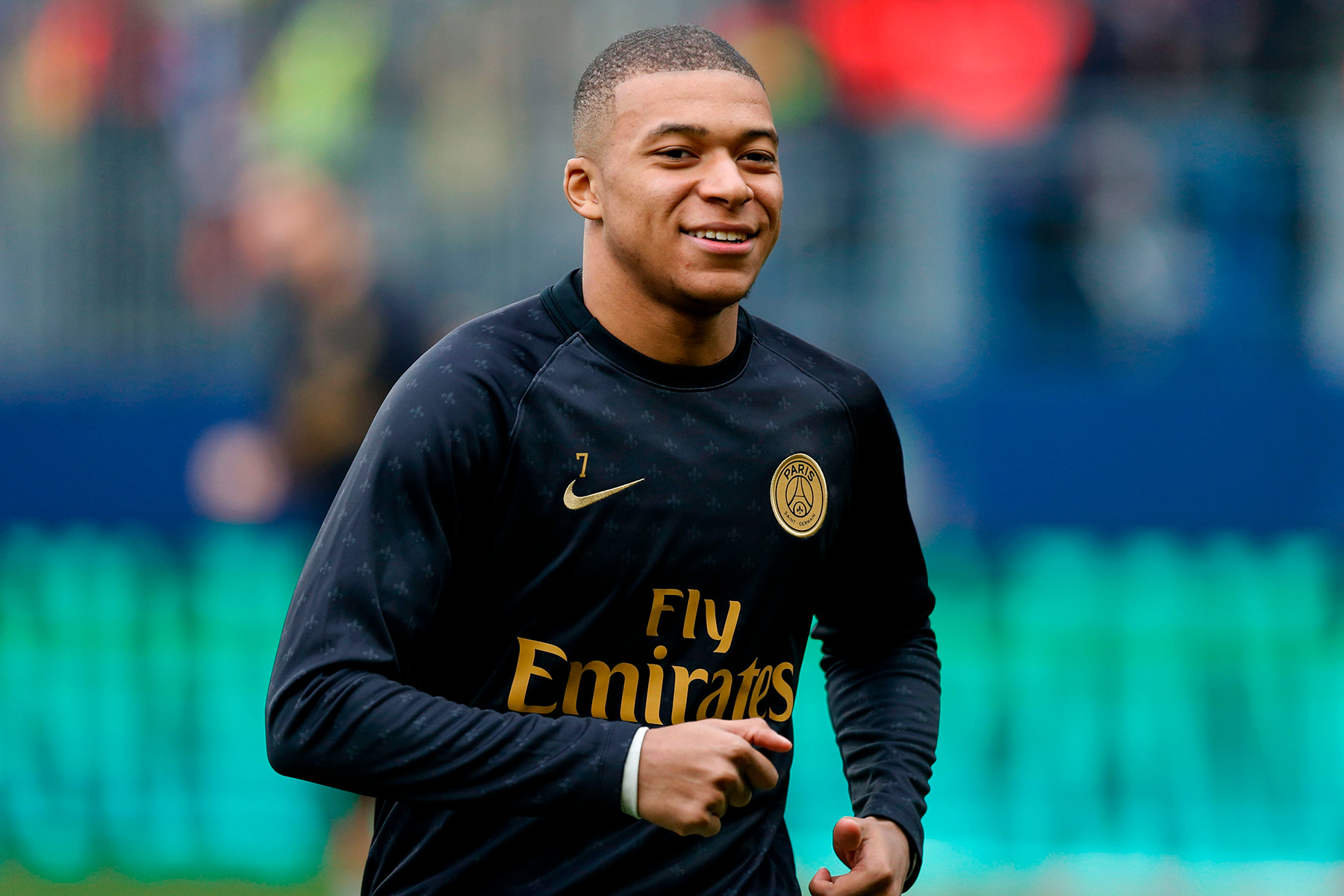 Paris Saint-Germain had their work cut out for them against Stade Malherbe Caen on Saturday as they had to come from behind to secure the 2-1 victory. It was obvious the players had their sights set on their upcoming UEFA Champions League match against Manchester United and who could blame them really?

The evening was filled with a remarkable 25 shots from PSG with 7 of those being on target. In fact, Thomas Tuchel’s men set a first-half record with 17 total shots but unbelievably, they didn’t find the back of the net until the 59th minute when Kylian Mbappé converted a penalty. The French phenom put the match to rest with an 87th-minute tap-in to earn his club the three points and maintain their advantage at the top of the Ligue 1 table. 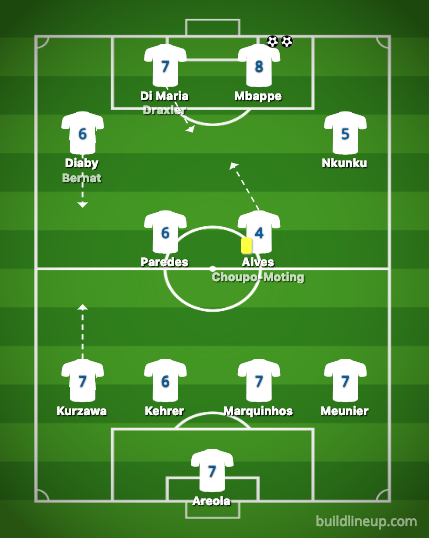 Facing only 2 shots on target, Alphonse Areola had one save and conceded one goal on a set piece. Caen devised a clever design from a free kick that left Dani Alves out of position, and there wasn’t much Areola could do. A relatively quiet day for the keeper.

Kurzawa continues his reintegration from his back injury that sidelined him for so long. He seems to be fully healthy as he attempted an acrobatic shot that was deflected in the first half, with another shot hitting the crossbar. He held his own on defense and pushed far into the attack to offer solutions in the final third. Are we beginning to see his resurgence?

Thilo Kehrer had another solid performance on defense but because he was partly responsible for the Caen’s only goal via a set piece, he must also concede some rating points here.

Marquinhos was the bright spot of the PSG defense as he has been all season. Although he lost a majority of his duels, he continues to anchor the backline with poise and experience beyond his years. He nearly added a goal of his own, but his header glanced off the crossbar.

The Belgian had a difficult first half defending the space on the wing but he eventually came into his own as the match went on. His composed chest touch and proceeding shot on goal in the 87th minute led to Mbappé’s match winner.

Leandro Paredes was tasked with a large workload in midfield as he was paired with the out-of-position Alves. The Argentine was up for the challenge and turned in his best defensive match yet since joining last January. Paredes had a forceful shot saved by the Caen keeper and he did have some difficulty getting the tempo going. He’ll look to improve his performances as the season goes along and he’s paired with a more complete midfield.

Perhaps his first match this season where we thought his age was catching up with him. Alves was caught out of position on the free kick that allowed the only Caen goal. He earned a yellow card in the 66th minute and was brought off shortly after in the 78th. We look forward to seeing Alves bounce back from this performance.

In a match where PSG looked to youth for results, Moussa Diaby didn’t live up to the expectations. He was quiet offensively and didn’t provide much creativity in attack. He did have a redeeming moment when his attempted cross in the box was handled by a Caen defender. The proceeding penalty was converted by Mbappé.

Another underwhelming showing from the PSG midfielder. Christopher Nkunku occasionally seems intent on going for goal when other solutions are available. He did put in a good defensive effort, but he needs to gain consistency and fluidity when in attack.

Di Maria is two strikes against the post from having another great performance. He wasn’t quite as dangerous as recent matches, yet still inches away from netting a brace. The finishing just wasn’t there for the Argentinian on this night.

Only on the pitch for 25 minutes, Julian Draxler helped PSG push into an offensive gear to break the 1-1 tie. His role in midfield this season has been transformative.

The hero of the match secured three points for Les Parisiens in the final warmup before Manchester United come to the French capital. With Edinson Cavani recovering from his muscle injury, Mbappé has led the attack from the middle of the pitch and has been scoring at while. Against Caen, it was no different. With a healthy and in-form Mbappé, the sky is the limit for Paris Saint-Germain.

Kylian Mbappé has been involved in 30 goals in Ligue 1 this season (24 goals, 6 assists).

His late winner vs. Caen: pic.twitter.com/iBtPGUhnXo