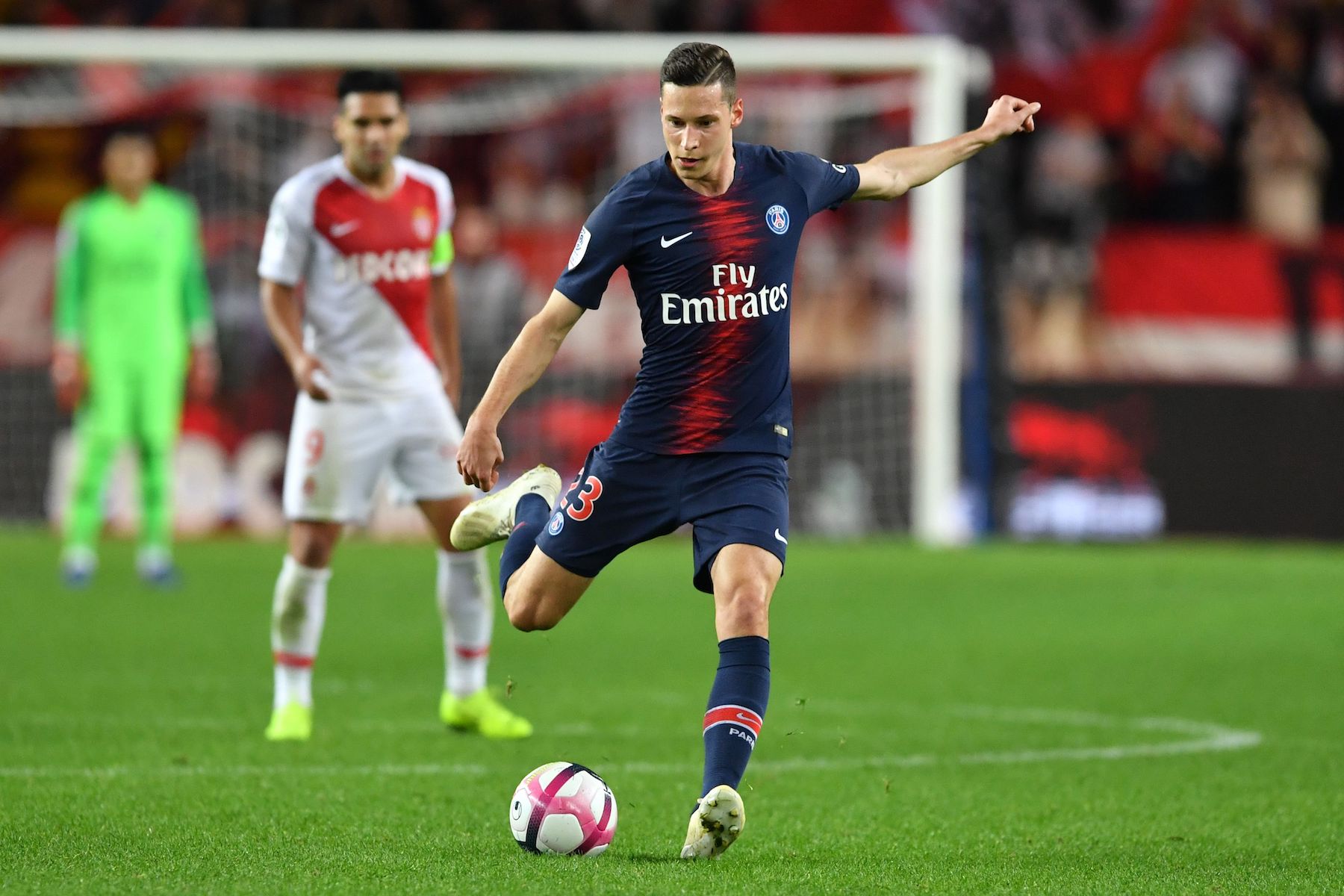 Contract discussions are never easy. Sometimes they go smoothly with a player renegotiating a new contract with his club and other times it can go south and turn into an ugly dispute. For Paris Saint-Germain midfielder Adrien Rabiot, it’s the latter. With crazy wage demands, the club might have to prepare for life without the 23-year-old. With his contract expiring this summer and no deal in sight, the club could count on Julian Draxler to fill his shoes, especially with the January transfer window on the horizon.

The negotiation process isn’t the only black cloud hanging over Rabiot’s head. His attitude has been brought into question as of late following a suspension for being late to a meeting and his overall effort on the pitch. This behavior is why manager Thomas Tuchel is leaving him off the starting eleven against significant opponents like Lille OSC and Napoli.

It’s led to Draxler being called upon to play as a central midfielder in recent weeks. Typically focusing on the attack, the Germany international is now tracking back to aide Marco Verratti in developing PSG’s offense. In a short sample size, Draxler has performed admirably, especially considering the quality of their competition in those two matches.

The 25-year-old is displaying a better passing ability to his French counterpart. From the midfield, the German had the most touches with 119 in his first appearance as a central midfielder. With the ball at his feet, Draxler has shined the brightest. Against Lille, the German was able to complete 95 out of his 100 passes in the match.

Fans know Draxler for his skills on offense, but he’s capable of initiating PSG’s attack as well. He pushed the ball up the pitch with 40 successful forward passes—25 came in the attacking third, which led all players in the match. In his first appearance of the season as a central midfielder, Draxler showed there’s no drop-off between him and Rabiot.

Nonetheless, Lille was a tune-up for Napoli and with PSG’s UEFA Champions League hopes on the line, Draxler was serviceable. For someone who was appearing in his second match of the season as a central midfielder, he didn’t look out of place. Furthermore, Draxler was one of the top performers as he attempted and completed the most passes.

Against Napoli, Draxler had 103 touches in the match, which led to him completing 91 out of 95 passes and creating successful ball movement. When it came to building the attack, Draxler had 34 forward passes. Despite his high amount of passes, only 10 were in the attacking third of the pitch. So, therein lies the struggles for him. Draxler isn’t at fault for the small number of offensive build-ups though as Gli Azzurri did a masterful job defending in the second half.

Finally, heading into the international break, Draxler once again put up a solid performance against a woeful AS Monaco squad. The German didn’t lead the club in passes, but he did make his presence known in other ways. Draxler created the most chances against Monaco with three. He also he had 14 successful passes in the attacking third portion of the pitch, which was fourth on the team.

What the Numbers Don’t Say

It’s not always about the numbers. Effort plays a part in how a player is perceived and Rabiot hasn’t done himself any favors. Supporters are on him to track back on defense because he tends to jog back. He might not win every duel, however, the effort to contest an opponent is all that’s asked of him. Rabiot does defend but doesn’t do it on a consistent basis.

On the other hand, Draxler has shown the effort. He may lose some duels, but he at least tries to win the ball back. An example is against Olympique de Marseille where Draxler is shown tracking the ball against two oppositional players. He may not win the ball himself but does enough to cause Marseille to turn the ball over.

Supporters forgive a terrible day on the scoresheet because of the little things a player can do. Just tracking back, disrupting passing lanes, and forcing turnovers are all examples of what a player can control. Between Draxler and Rabiot, it’s often the German who displays these attributes on a consistent basis.

January is a month away, Rabiot has yet to sign a contract extension, and the club will have to make a decision. Draxler is showing that he’s capable of playing a central midfielder role consistently; meaning that Rabiot is losing his leverage in the contract negotiations. With his counterpart being a consistent passer and having the ability to link the defense to the attack, Rabiot has seen his role diminish and is seeing more of the game from the bench. I fully expect him to sit once against Liverpool FC on November 28 against Liverpool FC as Tuchel will ride Draxler’s form as PSG fight for their European season.

Wijnaldum Analyzes on What Makes Verratti a ‘Phenomenal’ Midfielder
12 October 2021, 7:30
Follow Us