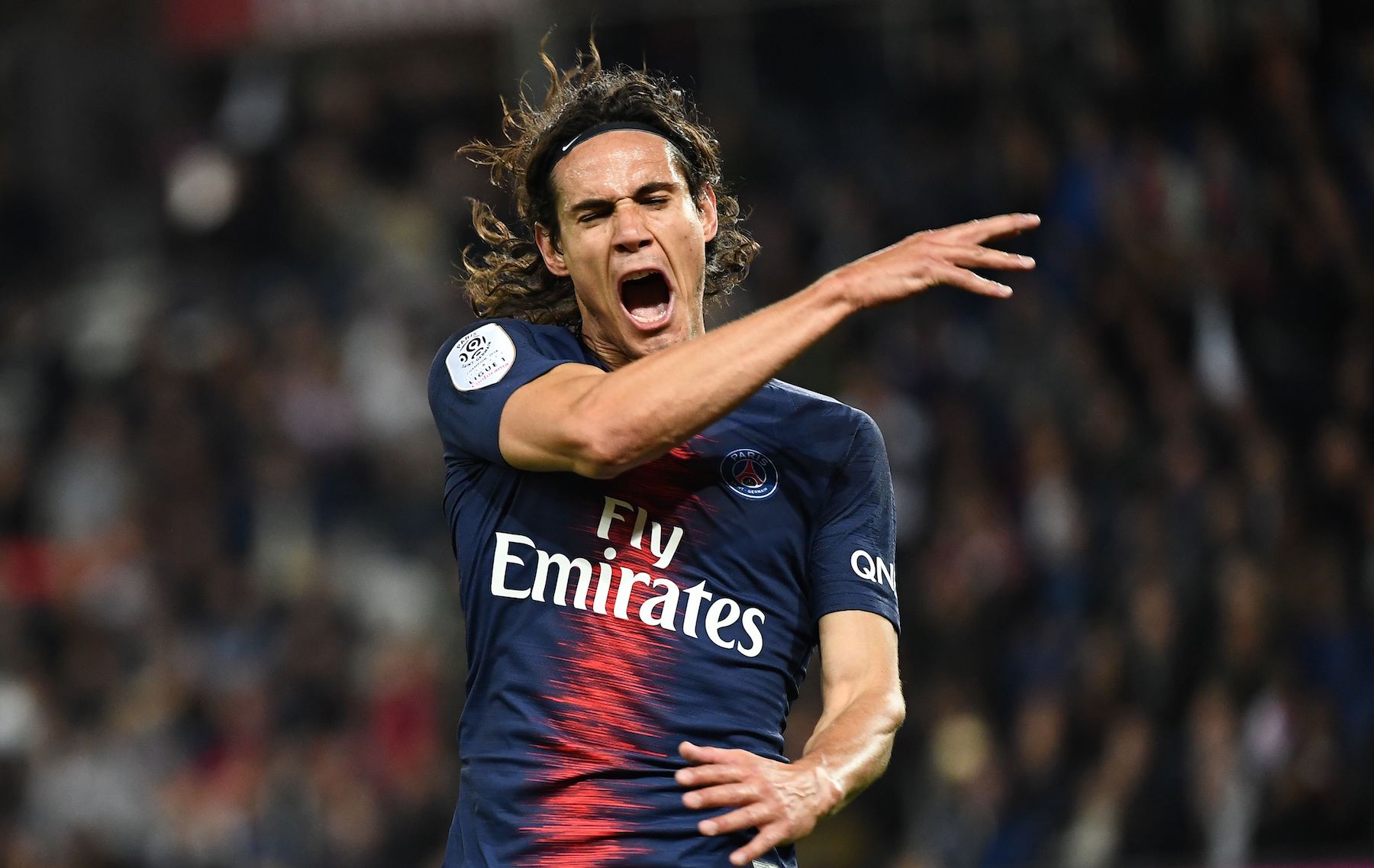 Last Sunday’s match against Olympique Lyonnais was fascinating to watch for multiple reasons. It showed that Paris Saint-Germain could overcome a bit of adversity to thrash a worthy challenger. The game also showed a more defensively adept PSG side stymie a team that put the reigning Premier League champions through the ringer just two weeks earlier. What the contest also showed, and this may be of the utmost poignancy, was that it was the end of an era. As the team celebrated a 5-0 triumph, a certain Uruguayan striker was absent from the proceedings. Now, I’m not trying to say there is any beef or dissection, I’ll leave that to ESPN FC. There are dozens of explanations for why Cavani didn’t join his teammates at the end of the game. I’m not here to say his absence was indicative, but it was unintentionally symbolic.

It was symbolic of how Paris Saint-Germain have evolved in just the last 14 months. An evolution that has been anything but smooth, but inevitable. When PSG signed Neymar Jr. from FC Barcelona and Kylian Mbappé from AS Monaco in the same transfer window, it was clear that El Matador‘s time as the focal point in Paris would be over. As Neymar grew more comfortable and Mbappé grew more consistent, that prediction became more and more the reality. A star-making FIFA World Cup from the young man from Bondy and Neymar’s eventual return to form after his foot surgery cemented Cavani as PSG’s third wheel.

Of course, this is not new for the man from Salto. Always an underdog, Cavani has thrived over the years when most of the world never thought he could. From a brilliant Napoli career to becoming PSG’s all-time leading scorer in just five seasons. He established himself as the fiercest competitor on a team that could have done a hell of a lot better in tough UEFA Champions League games with more players like him. A lion, a down and dirty grinder who has rarely been hurt, or if he has been hurt refuses to go down. A player who on more than one occasion stepped up in the biggest matches when other players appeared to step back (Olympique de Marseille last year, the 6-1 loss to Barcelona two years ago). In fact, he almost single-handedly took Uruguay to the World Cup final, and may well have if he didn’t get injured in the Round of 16 against Portugal. A game where he outplayed Cristiano Ronaldo and scored the two goals that took La Celeste to the best World Cup finish since 2010.

Cavani is a legend, more specifically, a PSG icon. One who’s goals and moments will be seared into the minds of the faithful and imprinted on the hearts of Parisians forever. But, time is undefeated, and nostalgia is only worth so much in a market controlled by the currency of now. While the number 9 is still productive, he is also 31-years-old. He is also flanked by attack players who are 26 and 19 respectively. He is also in the second to last year of his contract. All of these factors have converged to force the proud striker into a subservient role at the club. He gets fewer touches, he runs more, and stands by as two of the best seven players on Earth run roughshod over a league he once dominated not so long ago.

While he still has five league goals, you feel his input has drastically decreased this season. Stats show he gets less than 1 percent of Neymar’s passes and only about 5 percent of Mbappé’s passes. Mind you these statistics do not tell the entire story. Paris has 32 goals through nine Ligue 1 games, 44 in all competition. They are averaging 3.5 goals per game in the league, and are on pace to score over 130 league goals total. In Cavani’s 49-goal-season in 2016-17, the team only scored 83 league goals, an average of 2.15 per game. What these numbers tell you is that PSG are clearly a better football team when the focus is on Neymar and Mbappé, not solely Cavani.

Take it back to the 2015-16 season, which was the last year of Zlatan Ibrahimovic, PSG scored 102 goals (2.68 GPG). In PSG’s years of full domestic dominance, the worst offensive season was when Cavani was the primary goal scorer. Of course, other factors played into that besides just him, but it seems safe to say that a team built around the offensive prowess of Cavani isn’t winning a Champions League, let alone a domestic league title.

This isn’t to say that Cavani can’t still be a valuable piece to PSG’s Champions League hopes. This year, he is absolutely essential as a reliable scoring threat that can make something out of nothing. However, his days as PSG’s primary or even secondary scoring option are over. He’ll get his goals, but nowhere near the last two seasons. He will be overshadowed by the irresistible force that is the Neymar and Mbappé partnership. This is a natural evolution of how team sports work. And while in a different world, Cavani would have been a mainstream star striker with a team all his own and a legacy not sandwiched between the giant cults of personality that were Ibrahimovic and Neymar, that was not the Uruguayan’s fate.

I can’t stress enough how much I admire Cavani as a man. If it were up to me, it would be his statue outside the Parc des Princes someday instead of Ibrahimovic, who brought the production but never the true spirit of what PSG truly is. Behind the Qatar money, superstar athletes, the Jordan collaboration, is one of Europe’s most unlikely success stories. Paris Saint-Germain is, was, and always will be the upstart underdog trying to carve a niche in a country whose most popular club is still Marseille. They have fewer titles than Monaco, AS Saint-Étienne, and FC Nantes. It’s a club that fought bankruptcy, fan violence, and comically bad mismanagement, but through all, it survived. To paraphrase Jonathan Johnson, underneath all of what PSG have become, they are still that underdog misfit club. One that has and will continue to struggle from underneath to make its name in the world.

Cavani is the epitome of what PSG was, and what it continues to be. His passion and dedication spread to the entire locker room and make the people in that locker room better professionals and better men. Ask Neymar and Mbappé in private and they will tell you what Cavani means to them as a teammate and a man. El Matador doesn’t have to talk, his actions speak louder than words ever could.

As I said before, time is undefeated, and so are PSG through their first nine league games. Mainly due to the brilliance of Neymar and Mbappé, with timely contributions from Cavani. If Cavani is OK with this then great, but if he isn’t, it’s not Thomas Tuchel’s job to give him sympathy, touches, and chances. If Cavani, as a third wheel is best for the team, then so be it. If a time comes where Cavani will need to step up and be that key option again, so be it as well.

It’s a real balancing act to pay respect to an icon while doing what’s best for a franchise. There must be a give and take between both parties to allow as graceful a transition as possible. Cavani may have some great years left as a target man, but not for Paris Saint-Germain. While his legacy is firmly secured in both heart and mind, it is the exit of this legend that PSG must handle with dignity and care. For however long Cavani is at PSG, he deserves reverence and respect, but not deference. He is no longer the rising star or the star, but the supporting player. Third in the attack, eventually expendable. Let it not end bitter, only with happiness and the fondest of memories. It’s what we all deserve.