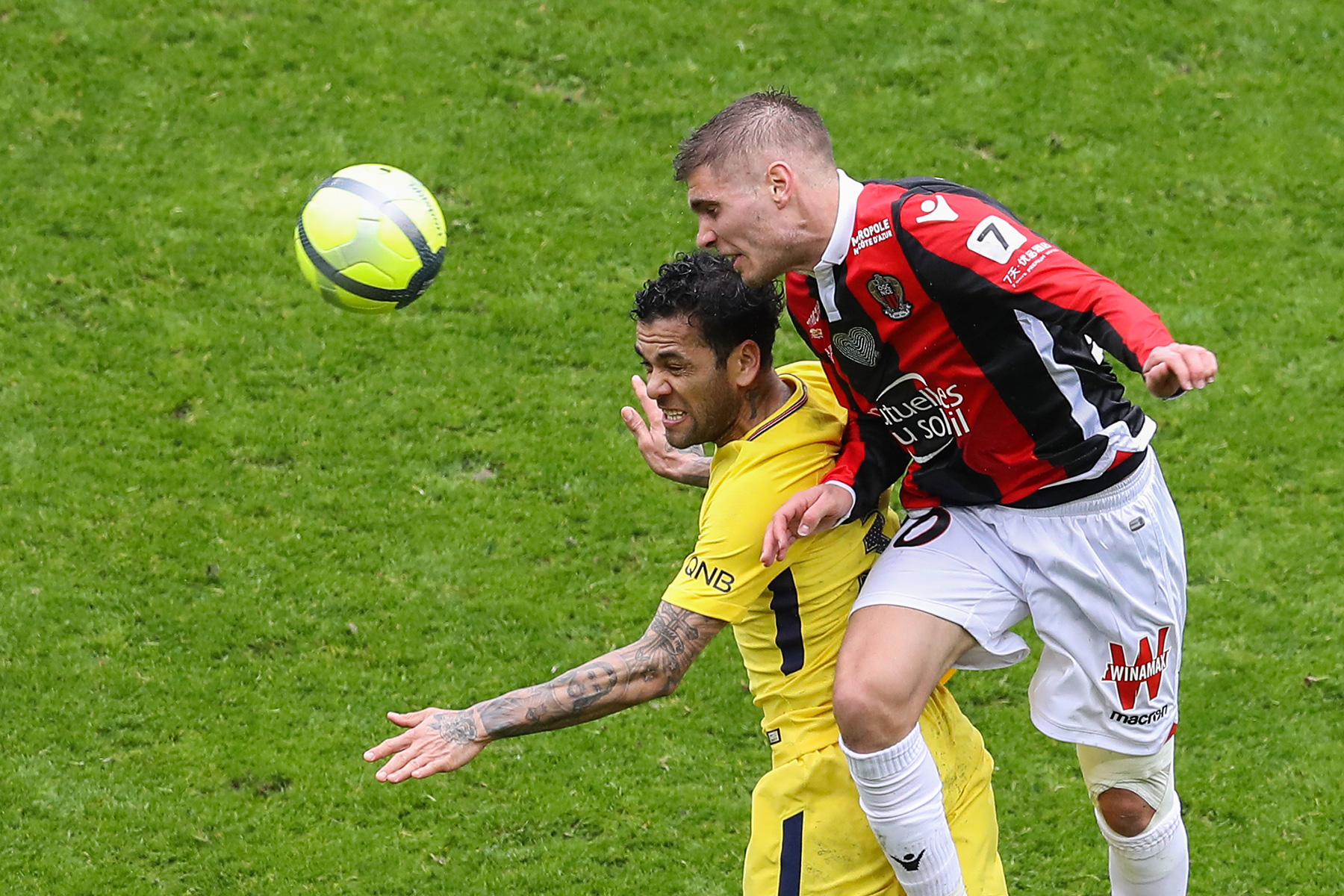 Paris Saint-Germain needed a goal from Dani Alves in the waning minutes of Sunday’s Ligue 1 match against OGC Nice to secure three points and push their points total to 83. It’s no longer a question of if PSG will win the league, but whether or not the capital club can reach the century mark with seven games remaining.

On the latest episode of PSG Small Talk, host Marc Damon discusses PSG’s historic pursuit of 100 league points and recaps what was a hard-fought win over Les Aiglons at the Allianz Riviera.

Nice’s Allan Saint-Maximin was the star of the match and opened the scoring after 17 minutes. Paris was set up well offensively but as we’ve seen all season, they were vulnerable on the counter and Saint-Maximin took full advantage. Throughout the highly competitive match, Nice dictated the tempo and was very aggressive. You could tell this was a game Lucien Favre’s men wanted to win to improve their mid-table standing.

Angel Di Maria, who has been one of PSG’s best players since January, scored an equalizer in the 21st minute and the two sides went into the half tied at 1-1. Di Maria, who has been a consummate professional throughout his tenure in the French capital, has put the effort in whenever he’s been called upon and while he may not be a good fit, he deserves a nice send off if this is his last season with the club.

As with most of their domestic matches, PSG ultimately wore Nice down and Alves was able to take advantage in the 82nd minute with the game-winning goal. The victory not only keeps Paris on track for the 100-point marker, but it was good from a supporters point of view to see the team battle on the pitch and earn the win. The UEFA Champions League disappointment is still fresh but winning Ligue 1 in style is certainly an accomplishment the squad can build off of heading into next season.

Finally, it has to be pointed out that Adrien Rabiot, who started the season off so well and battled like hell against Real Madrid, appears to be worn down and in desperate need of a long vacation. As the season comes to a close, hopefully, Unai Emery will give major minutes some of the younger players in the squad.