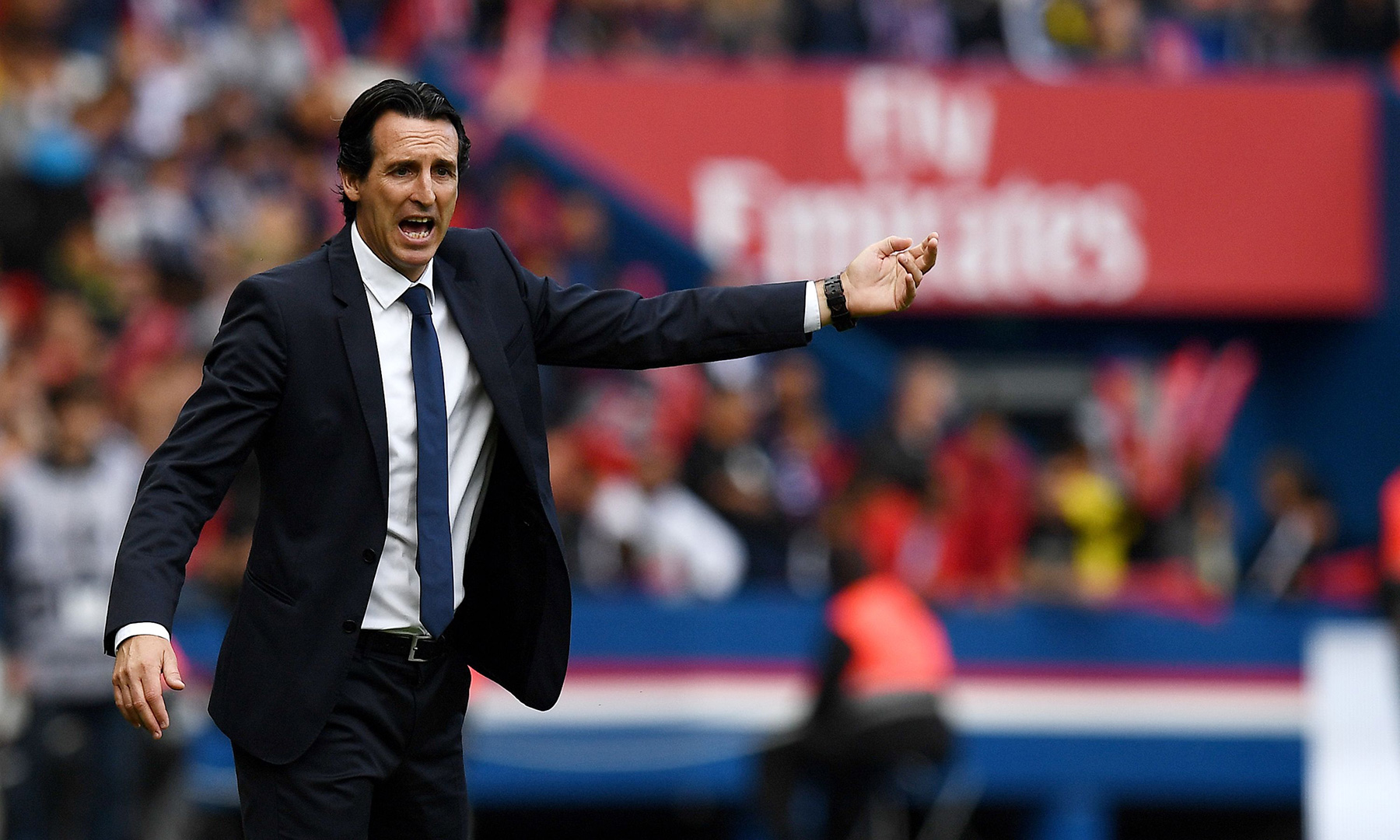 Complaining about your manager is as much a part of football as the green grass and white goalposts. Some things will never change. For even if at one point you are the apple of the eye, in a month’s time it may all turn rotten.

Complaining about the coach is a part of all sports and at some point as fans we are all guilty of it. However, unlike in most other sports, football executives and owners tend to be just a fickle as the fans in the stands. So with all of the lackluster and shocking results in the last year and two months, it is amazing that Unai Emery is still the coach of Paris Saint-Germain.

Amazing but not necessarily in a bad way. Many see PSG president Nasser Al-Khelaifi as the type of man who would drag a coach to the gallows and drop the blade himself after what happened to PSG against FC Barcelona last season in the UEFA Champions League. However, he did not do that. Nor did he hang Emery up by his boots after the embarrassing 3-1 defeat to OGC Nice last May where two players were sent off and Mario Balotelli embarrassed all 11 PSG players on the pitch at the same time. Yes, Emery, the former Sevilla FC and Valencia CF man, is still here, to the angst and anger of some, the bemusement of others. With that being said, it is important to understand why the man from Basque is still here and why his continued presence is a sign of maturity from the Parisian club.

Emery was always a surprising hire. After a hugely successful domestic run under Laurent Blanc, Khelaifi decided that advancing no further than the quarter-finals of the Champions League was not good enough. Blanc had been a deft politician and man-manger of some of world football’s largest egos, but was by no means a tactical master. As Zlatan Ibrahimovic left, the coach who mostly allowed Zlatan to be Zlatan, followed the big Swede right out the door. A new coach was needed and most would agree a different approach as well. Rumors circulated that Diego Simeone was the front runner, but who would leave Atlético Madrid after a wildly successful Champions League campaign to go to a team that had just lost their best player. So Emery was chosen, a modest coach who had just led Sevilla to three UEFA Europa League championships. It would be his brand of free-flowing counter football that would lead PSG to the ultimate glory. Except it didn’t.

Emery’s PSG struggled mightily by their standards in the beginning of the campaign. They dropped their 4-2-3-1 formation in favor of a return to the safer 4-3-3 and from August to December dropped points domestically to AS Monaco, Toulouse FC, AS Saint-Étienne, Olympique de Marseille, Nice, Montpellier HSC, and EA Guingamp. Worst of it all was a 2-2 draw against PFC Ludogorets Razgrad at home on the last week of the Champions League group stage that cost them the top spot. It was a team in complete tactical disarray and before Christmas, PSG had dug themselves a hole in Ligue 1 that they could never recover from. However, as the calendar turned, PSG’s performances began to get better. Their back line became more organized and the midfield stopped turning the ball over. The team still struggled to score and eventually registered a 4-0 victory against Barcelona at home (only for it to be overturned two weeks later at the Camp Nou). PSG would glide to 87 points, win the Coupe de la Ligue, and the Coupe de France, but finish second in Le Championnat. Nowhere near acceptable for a team with the payroll of PSG. But Emery survived.

What I feel kept Emery at the club through all the turmoil on the field was his boundless enthusiasm and respect for his players. It is commonplace for a manager nowadays to throw a hissy fit and throw players under the bus when the game doesn’t go his way like José Mourinho. It is commonplace for a manager nowadays to blatantly lie to the press like Arsène Wenger. Emery did none of those things. In victory and defeat he was graceful, humble, and strong in character even at the darkest moments. This strength was earned scrapping and clawing through Spain’s second division as a player. Some would say that being positive and encouraging might be passé or irrelevant to multi-millionaire footballers but Emery’s professionalism and energy kept a team on the verge of collapse from crumbling completely.

So Emery survived another year and rather than being fired, he was given a treasure trove of new attacking gems. A lot of credit goes to Al-Khelaifi and Antero Henrique, the new sporting director brought in earlier this year, for realizing that Emery was given a profoundly flawed team that no manager could have really saved from itself. The fact that Lucas Moura started a major Champions League game on the road at Barcelona said all you needed to know about who PSG was in 2016-17 and the poor job the people making the personnel decisions did. Sometimes the answer to why your team doesn’t win is that the players aren’t good enough. PSG realized that and has begun to rectify the situation. With players like Neymar Jr., Kylian Mbappé, and Dani Alves there will be a better opportunity to give Emery a much fairer trial.

“But he sucks now”, people will say. And the largest point they will bring up is Emery’s lack of rotation and lack of early substitutions. Let me answer some of those points in short form:

1. Rotation doesn’t really begin to happen until the second half of the season when leagues are more in hand and the cup games begin.

2. Emery clearly doesn’t like to sub when he is winning and the team is playing at a good level. Emery subbed way earlier in games last year, but that is because they were losing more games at earlier points in the game.

This is not to say that I think Emery is some sort of tactical wizard, or by any stretch a proven top manager. This is only to say that larger sample sizes are needed to determine a coach’s worth. Since last years sample size was tainted, this is the year to judge Emery, and it will take the whole year to do so.

I would like to point out one thing that many thought was a bad decision but in my opinion a masterclass in psychology. After the penalty spat against Olympique Lyonnais between Edinson Cavani and Neymar, Emery was asked about it after the game. He said something along the line of “I will let them settle it between them.” Most saw soft coaching. I saw a man who understands that “choosing sides” in a debate between two of his best players a month into the season would have irrevocably fractured the team. Grown men should be able to make decisions like adults rather than the coach stepping in to make the decision for them. The issue boiled for a week and then died down like these tend to do. It is much better when the issue boils in the press than in the locker room, which is what would have happened if Emery tipped the scales in favor of one over the other.

By the end of the year we will know for sure if the investment in Emery was worth it. It very well may not be. However, if I was a betting man, the combination of the support that Emery has received from management and his strong character he may have a chance to make his mark on the football world. Not bad for a second division scrapper from rural Spain.