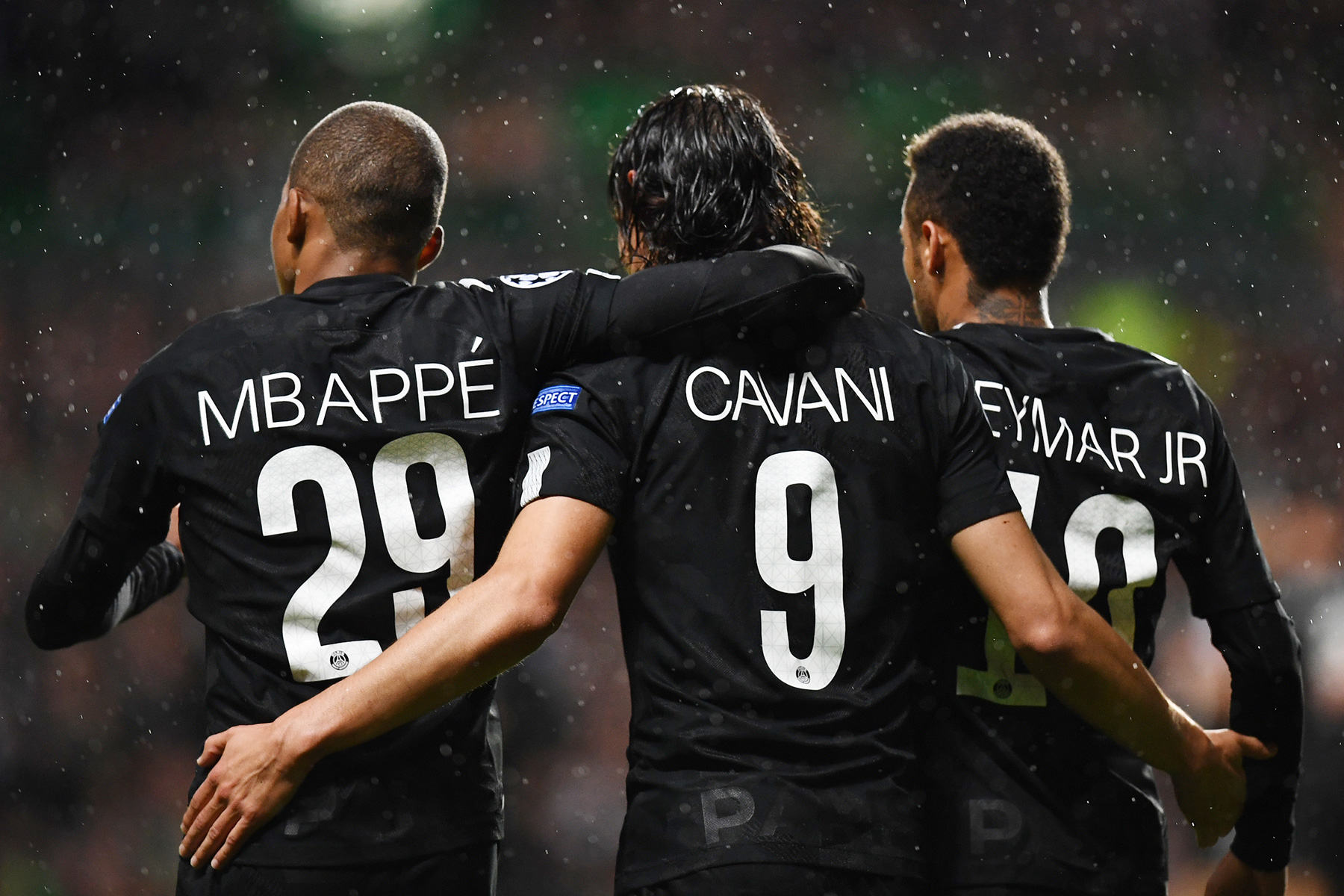 The first UEFA Champions League outing for Paris Saint-Germain turned out to be a walk in the Celtic Park.

The French giants traveled to Glasgow, Scotland, as heavy favorites over Celtic FC and they delivered a stunning 5-0 performance. After a slow opening few minutes, Adrien Rabiot picked out Neymar Jr. in the 19th minute and the Brazilian finished comfortably for his first Champions League goal in a PSG shirt. The floodgates opened shortly after and fellow newcomer Kylian Mbappé scored with an assist from Neymar. Edinson Cavani rounded out the offensive onslaught in the first half by capping off a penalty kick that he won in the top corner.

It was more of the same in the second half. An own-goal in the 83rd minute and Cavani’s second in the 85th minute capped off a dominating run out for Les Parisiens. No one is surprised PSG won but having their highly touted attacking trio all get on the score sheet while padding their goal difference is about as perfect of a result as any supporter could have hoped for.

The attacking trident of Cavani, Mbappé, and Neymar all were on the score sheet and have a well-established chemistry after just two games. This is what separates elite players from good players. The front three’s movement kept the Celtic defense guessing their next move and essentially enabled PSG to kill the game off in the first half.

Alphonse Areola was off the charts and has just cemented his place in the first team in my opinion by keeping a clean sheet in his first Champions League game this season. He made a couple of great saves in the first half and kept PSG in the ascendancy.

N/A – It was a dream start for PSG in a tough group and there is no need to be pedantic to find flaws in a near-perfect performance.

7.5 Unai Emery did a good job shuffling his pack against FC Metz, thus allowing him to field his strongest lineup on Tuesday. That decision paid dividends as PSG routed Celtic to take an early lead over FC Bayern Munich in the group.

GK Alphonse Areola, 8 Not signing a GK is turning out to be a great move by the Parisians as that would have derailed Areola’s progress. The Frenchman should be a permanent fixture for PSG for the rest of the season and should be pushing Hugo Lloris for a place with the France national team.

DF Dani Alves, 7.5 Alves was immense all game and deserves credit for putting an absolute gem of a cross for PSG’s second goal. Getting the right-back for free from Juventus FC was the bargain of the summer.

DF Thiago Silva, 7 The Brazil center-back was solid as always and ensured that PSG kept their vital clean sheet. To be fair though, he didn’t have much to do in the second half.

DF Marquinhos, 7 Marquinhos was an able partner for Silva and was a calming presence in the back to see off Celtic and preserve PSG’s clean sheet.

DF Layvin Kurzawa, 7.5 Kurzawa created two guilt-edged opportunities for Cavani by making diagonal runs and crossing it for the Uruguayan. Cavani converted both, albeit the first one was called back for offside.

MF Thiago Motta, 7.5 The ageless Italian was bombing forwards and backwards depending on the situation and was the reason Celtic attackers did not have a shot on goal in the second half.

MF Marco Verratti, 7 Verratti’s return shows how much he was missed and put a seamless performance in the center of the park for PSG. This showing will help him rediscover the confidence that was somewhat lost in his abysmal showing recently in Italy’s 3-0 loss to Spain.

MF Adrien Rabiot, 7.5 The Frenchman created the game’s first goal with a sublime pass to Neymar. He was fantastic until he was replaced by Julian Draxler in the second half.

FW Neymar, 8.5 Cometh the hour, cometh the man. When it was looking like PSG were going to struggle against an obdurate Celtic defense, he ran past two Celtic defenders and clinically finished in the top corner to break the deadlock. He also had an assist for Mbappé to basically kill of the game in the first half.

FW Edinson Cavani, 8 Another game, another brace for El Matador. Like every stereotypical Cavani game, Cavani scored a couple but could have a had a few more. But, as long as the scoring streak continues and PSG keep winning, the fans have nothing to complain about.

FW Kylian Mbappé, 8 The Frenchman has basically picked up where he left off at AS Monaco last season. He is already proving to be a bargain like Neymar and should provide great service to PSG over many years to come considering he is only 18, which is scary for the rest of Europe.

MF Julian Draxler, 7 Draxler was introduced for the last 30 minutes when he replaced Rabiot. He put in a decent display to press Celtic high, keep possession and basically run down the clock.

MF Giovani Lo Celso, NA Lo Celso was introduced in the 84th minute and did not have too much time to make an impact.