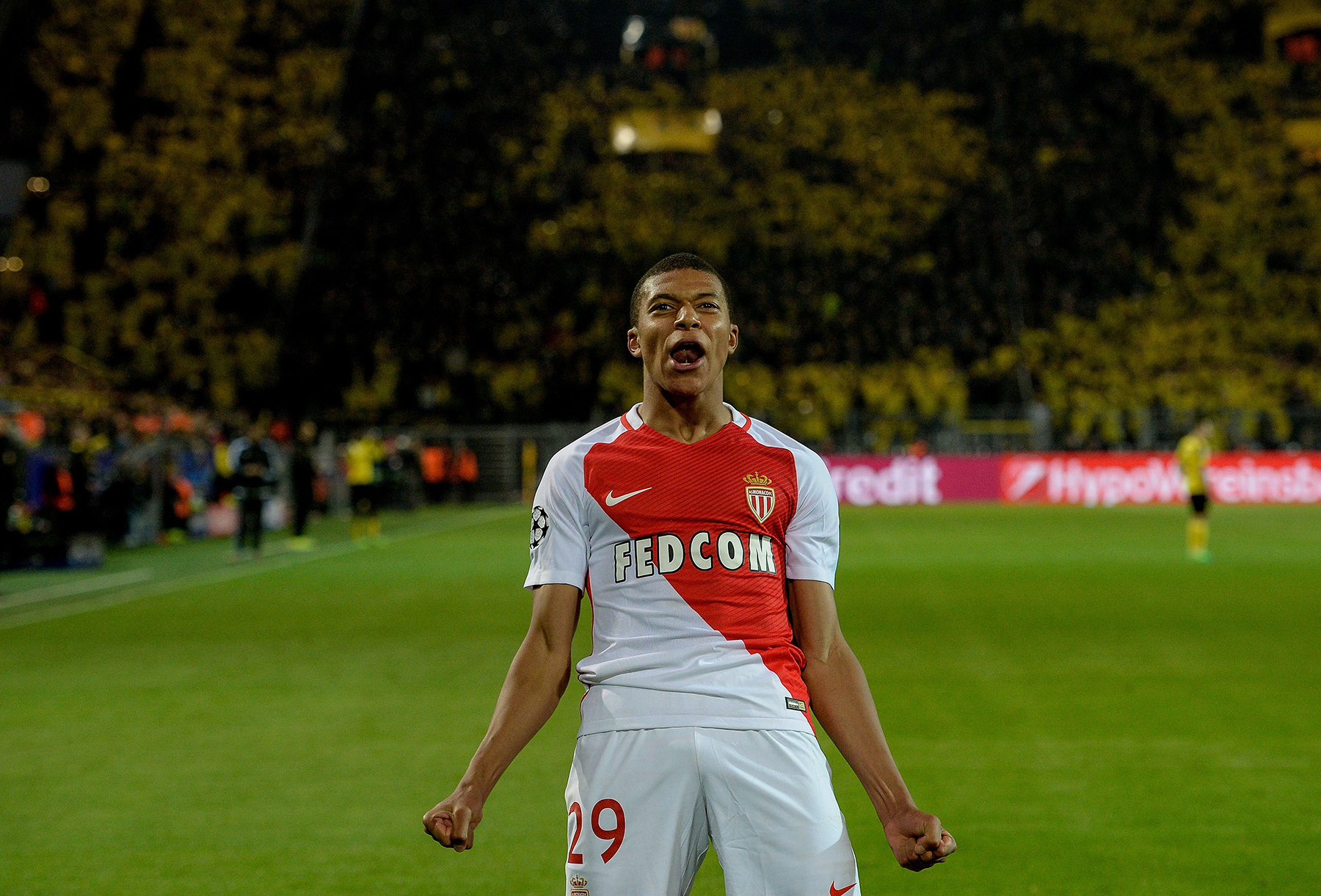 Paris Saint-Germain have yet to make an official signing since their 2016-17 campaign ended in disappointment but if the transfer rumors swirling around the Parc des Princes are true, it could be a very busy summer for the capital club and their new sporting director Antero Henrique.

The most exciting (and expensive) transfer rumor involves PSG and AS Monaco’s Kylian Mbappe for approximately €135 million. The price would be a world record but considering his age and talent, it could prove to be a bargain if he blossoms into the type of player many believe he will be.

The 18-year-old led Monaco to a Ligue 1 title over PSG and an appearance in the semi-finals of the UEFA Champions League. With 26 goals and 8 assists in all competitions last season, the Frenchman displayed an understanding of the game well beyond his years so it should come as no surprise that Europe’s top clubs are climbing over each other in an effort to sign him. The only question that remains is, should PSG be one of those clubs?

There’s no denying the Paris-born prodigy has immense talent but given the price it would take to sign him and what it would mean to the formation of the squad, some supporters are thinking twice about a potential homecoming. A few PSG Talk contributors pulled together their thoughts on the matter and shared them below. Let us know what you think in the comments or on Twitter.

In a Mercato filled with rumor and speculation, the Mbappe bid may be the first real sign of PSG aggression. The €135 million bid would smash Paul Pogba’s from Juventus FC to Manchester United and for Les Parisiens, it would be worth it. Marketing the youngster as France’s wunderkind playing for the capital club in his formative years makes sense to the bottom line.

Tactically, it would either force Angel Di Maria to be sold to make room in the 4-3-3 on the wing, or to keep the team as is but play a Monaco-like 4-4-2, which I wouldn’t be against by any stretch. This would allow Di Maria and Julian Draxler to take more of a creative role with less pressure to score goals. In general, my “mercato” goal if I were Henrique and Unai Emery would be to acquire players that can take PSG out of their 4-3-3 possession game. Playing with two pure strikers would accomplish that, acquiring a pure number 10 who can stay on the field does it as well. The key for Paris is to re-invent their attack and the Mbappe bid is their first concrete step to doing that.

Part of me is inclined to think this talk of busting out €135 million for an 18-year-old is born of a lack of concrete transfer news for PSG fans. We’ve got a new sporting director and a lot of changes to make with Emery’s future largely on the line. But, if this was a concrete move, I think it’s a mixed blessing.

On one hand, Mbappe’s physical profile is exactly what the team needs. While not the same kind of physical presence as the tall and elegant Draxler, he linked up well all year with aggressive number nine Radamel Falcao while still managing to bang in goals. He’s technical and smart off-the-ball, which are the two prime ingredients of a goal-scoring attacking-midfielder. He’d take Di Maria’s place in the lineup (thank God!) and would certainly see regular football from the start. Unlike other proposals like Pierre-Emerick Aubameyang and Karim Benzema, there’s no conflict with Edinson Cavani–in fact, as we’ve seen with Falcao, he works very well when he doesn’t have to carry the physical burden of an out-and-out nine. I have no doubt in my mind that Mbappe would work in this team. Even if the worst comes to pass and he doesn’t develop any more than the level he’s currently at, he’d still be a clear improvement on what we have.

However, with a rumored €220 million total in transfer budget, and no sales currently on the horizon for other wide men (particularly Lucas Moura and Di Maria, frequently not worth their place in the squad), we’d be blowing most of our budget on a single signing which–given that he’s still 18–is far from a guaranteed product. He’s shown quality with Monaco, sure, but if the club breaks a record for him, could he cope with that kind of pressure? Not only on the pitch, but in his overall development, the spotlight at a big club might be particularly harmful. Moreover, he’s a devout Real Madrid fan, and PSG would be paying a premium for a player to essentially move to his second choice–no guarantee he’d want to stay, either.

The bottom line is €135 million is a lot of money (even for PSG) and I doubt the transfer is going to happen. If it actually does go through though, the club will be the talk of the footballing world and we’ll have plenty to debate here at PSG Talk.

I think that Mbappe is a great talent and his main assets lie in his ruthless execution and ability to poach the ball. However, I’m a pessimist, especially when it comes to players his age, and I think that not only will that much money throw him off mentally but he wouldn’t fit into the current team. For the reported price, Emery will be forced to start him but can we really drop Cavani? More important that all of that though is the fact we’ve only seen Mbappe play at a high level for 6 months. What if he becomes another Loïc Rémy? Of course I’m exaggerating but one season of peak performance is not enough to take a gamble of this magnitude.

I absolutely believe PSG should sign Mbappe but not this summer. The price is entirely too high and his resume too short as Louis eluded to. Paris do need a striker but the ideal signing would be someone with a low profile and comfortable backing up Cavani. Lucas Pérez at Arsenal for example.

The smart move would be to let the Monaco striker sign for Real Madrid or an English Premier League side and see how he performs. It’s a bit of a gamble but if he fails to live up to the enormous transfer fee, PSG can come back in a couple of seasons and sign him for much less. Anthony Martial was a highly coveted Monaco player in 2015 and signed for Manchester United for €60 million. This summer, PSG could probably sign the Frenchman for €30 million less.