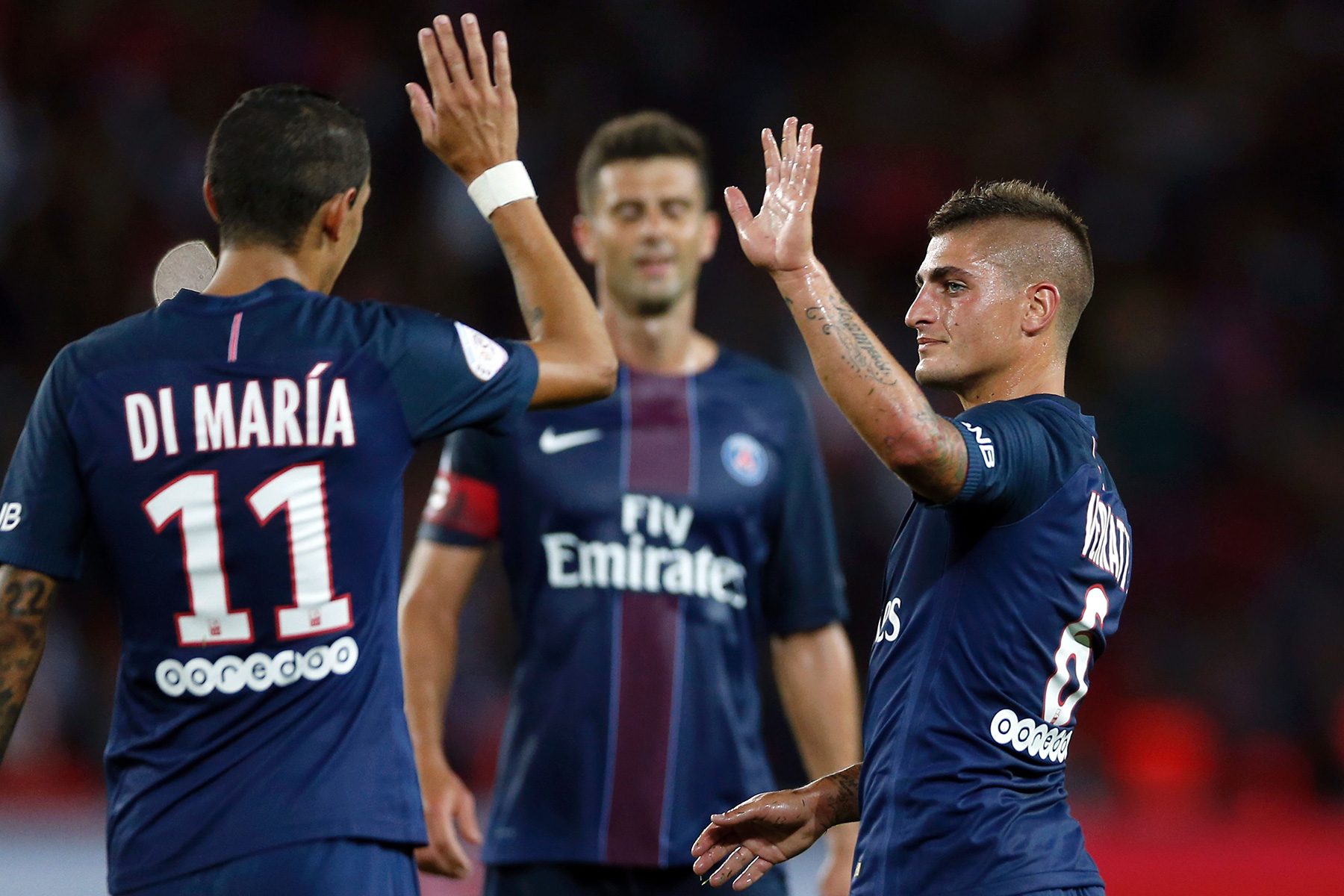 Unai Emery’s first home match as manager of Paris Saint-Germain was a fairly comfortable affair but it wasn’t without a few blunders. Newly promoted FC Metz put up a decent fight in the first half, holding the reigning French champions scoreless, but PSG eventually broke through and cruised to a 3-0 victory. A far cry from last week’s horror show in Corsica, there were flashes of what’s to come under Emery throughout the game and a few players in particular stood out.

After some reader response, the rating scale has been adjusted from a scale of 1-5 to 1-10, with 10 being the best rating possible.

The German looked confident in possession and came off his line so quickly it would make Manuel Neuer jealous. He seems to be in the lead for the starting keeper position and while Alphonse Areola is a talent, and a transfer target of Barcelona, PSG supporters don’t have much to complain about this season with Trapp in goal. The former Eintracht Frankfurt keeper had to deal with yet another David Luiz mistake with a fabulous save and his only error was tripping over Thiago Motta.

It was another spectacular performance from the former AS Monaco left-back. Building on last week’s match-winner against SC Bastia, Kurzawa bagged another goal and showed far more astute defensive positioning. The few times he was caught out, Kurzawa used his blazing speed to get back in time. It should also be noted that he could have earned a couple of assists with his pinpoint crosses if his teammates finishing was better. If the Frenchman keeps this up, it won’t be long until the rest of Europe takes notice.

Luiz was generally composed in possession and put in a few good tackles, but nearly scored an own goal and let his man run past him far too many times. With Marquinhos returning from winning gold at the Olympics in Rio with the Brazil national team, Luiz needs to cut out the parts of his game that make him a liability or risk being replaced by his compatriot.

Playing alongside Thiago Silva has certainly rubbed off on Kimpembe. The young defender seems to have earned his place with the first team and while his range of passing could definitely use some improvement to match the likes of Samuel Umtiti and John Stones, his movement on the ball is a joy to watch and he’s perpetually calm, too.

The Ivorian was given defensive work to do when Metz launched their counterattacks and he was skinned a number of times. Nevertheless, it was a solid performance from Aurier and he did well to set up Lucas Moura’s goal. He would do well to work on his low crosses as a few of his deliveries went into the stratosphere.

Not a whole lot to be said about Motta’s game. He kept it slow and composed at the back and didn’t press unless he needed to clean up a mistake made by a teammate. If there is one criticism, it’s simply that the PSG supporters are eager to see Grzegorz Krychowiak who arrived earlier this summer from Sevilla FC.

The rating might be harsh for Rabiot, who played an elegant game and vastly improved on his muted Bastia performance, but a few giveaways in dangerous positions and head-scratching passes to nowhere put his team in danger. The Frenchman needs to cut down on those mistakes but otherwise, it was a solid outing.

Pastore, who enters a pivotal season in his PSG career, was always in dangerous position but lacked the end product he would have hoped for. The Argentinian was unlucky to not have recorded at least one assist, but he failed to capitalize on his scoring chances. He warmed up considerably once Verratti came on to take some of the midfield responsibilities off his shoulders.

The winger was muted in the second half compared to the first, but Di Maria was still PSG’s most important attacker. He played everywhere and made some dangerous moves on and off the ball. His passing is already in mid-season form and he earned an assist for his troubles.

Lucas was a pest throughout the match and a joy to watch. He took his goal incredibly well given that Aurier’s pass was a bit behind him. He was probably unlucky to have been the attacker substituted but he appears to be thriving in Emery’s system after a period of stalled growth.

It would be unfair to call Cavani useless—which many did on Twitter. He kept the defense busy with runs off the ball, put in a decent defensive shift, and was involved throughout the first half. The Uruguayan is coming off a hamstring injury and is low on confidence following a disappointing preseason. Still, Cavani missed multiple clear scoring chances and his decision to back-pass in a one-on-one opportunity sums up his current mental state.

One day I'm gonna tell my kids about how Edinson Cavani used to be a world class striker. They'll never believe me. https://t.co/eab6ZPR67t

The Parc faithful gave Verratti a warm welcome as he entered the game in the 65th minute and the joy on the Italian’s face was clear to see. He misplaced a few passes but he’s getting better every day and a return to the starting lineup should be imminent. He caused a late own-goal to make it 3-0.

Matuidi lost the ball in dangerous areas and had trouble controlling things in possession, but he did bring some energy to the attack late-on. His future with the club remains uncertain with Juventus rumored to be interested in the France international.

The former OGC Nice man only played 10 minutes and really did not do much. A Paris native, Ben Arfa’s first touch was a shot on goal that flew over the crossbar. Nerves probably played a role but he really should have scored in his PSG debut.