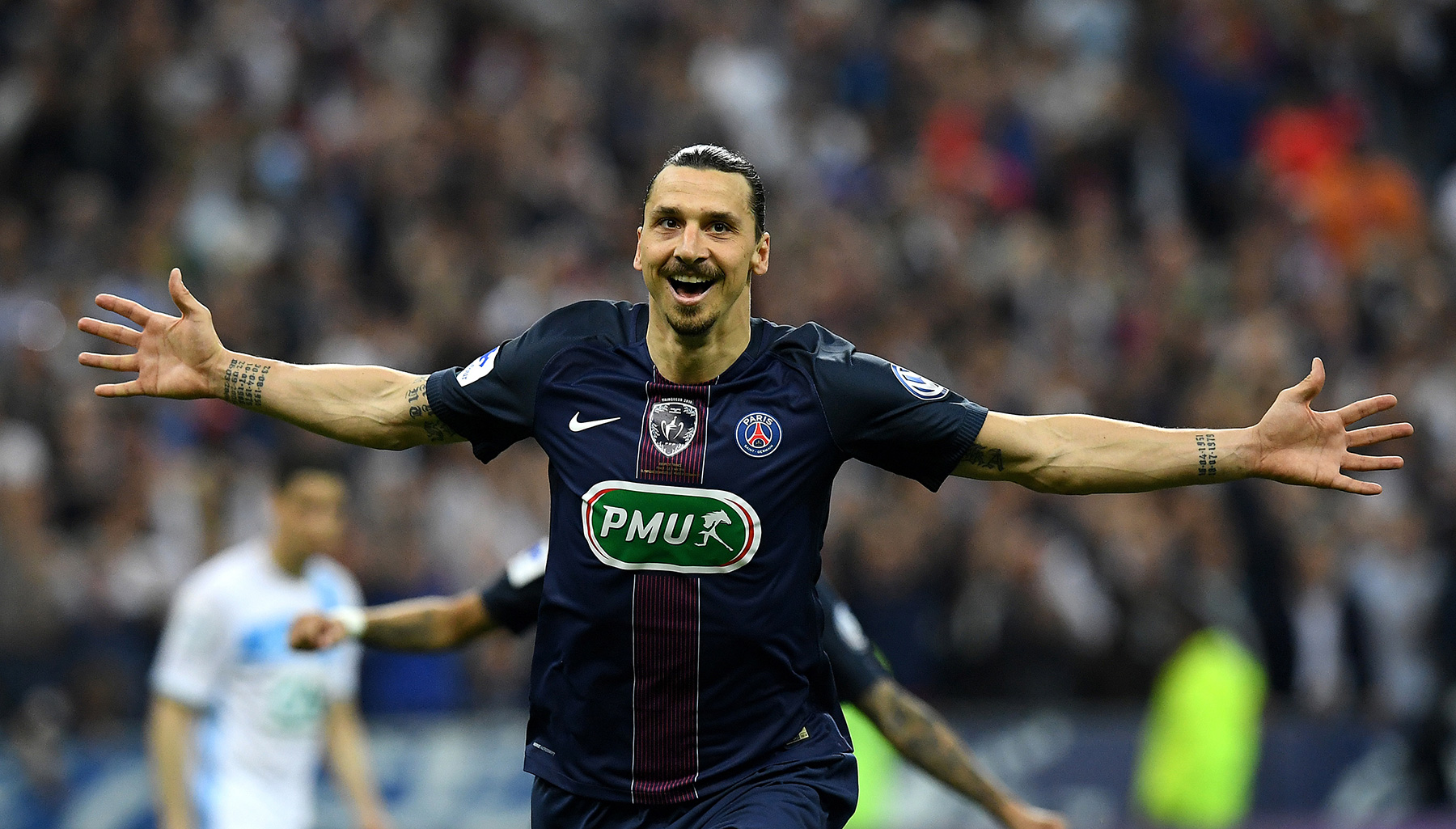 Paris Saint-Germain’s final match of the season couldn’t have gone any better: They defeated their bitter rivals Olympique de Marseille 4-2 to win their 10th Coupe de France and Zlatan Ibrahimovic scored a brace in his last game wearing the rouge et bleu.

It might sound crazy but PSG completing a consecutive domestic quadruple took a backseat to the play of Ibrahimovic. Mostly quiet in the first 45 minutes, the super Swede scored two goals in the second half to bring his total to 50 across all competitions this season. Even more impressive is his 156 goals in 180 total games for PSG. There’s no doubt the Sweden international leaves the French capital a legend.

While Ibrahimovic was the story of the night, there were plenty of standout players for Paris Saint-Germain. Blaise Matuidi, who has struggled for much of the second half of the season, displayed his usual work rate that he’s known for but also contributed on the scoresheet as well. The Frenchman scored two minutes into the game from a sublime pass from Angel Di Maria, won a penalty, which Ibrahimovic converted, and assisted for Ibra’s second goal of the game. It was a solid overall performance from the 29-year-old and whoscored.com rated him an 8.4, third best on the team.

Di Maria completed his first season with Paris Saint-Germain by recording his 24th assist across all competitions (18 in Ligue 1). It’s been a real treat to watch the Argentine’s playmaking ability this season and I expect big things from him as PSG usher in a new era at the Parc des Princes and push for UEFA Champions League glory.

Edinson Cavani, who club president Nasser Al-Khelaifi tipped as a suitable replacement for Ibrahimovic, celebrated Zlatan’s impending departure with a goal in the 57th minute to put Paris up 3-1. It will be an interesting offseason for the Uruguayan as there’s plenty of interest in his services from other teams but with Ibra gone, he could return to his preferred central attacking position. Will he want to try and fill the shoes of PSG’s all-time leading scorer or will he leave in search of a new challenge?

Adrien Rabiot also impressed me. The young Frenchman didn’t get on the scoresheet and didn’t record any assists but he quietly put in a solid performance. He recorded a 92 percent passer rating and contributed to Cavani’s goal. There were a lot of questions surrounding Rabiot at the start of the season, due mostly to his attitude, but he’s developed into a tremendous talent in midfield who absolutely deserves more playing time next season.

It was a Hollywood ending to the season and despite their financial muscle, this era of PSG players should be applauded for accomplishing something we may never see again—in any league. To remain focused and motivated for a long and grueling season and win every domestic trophy available is not an easy thing to do, much less do it twice. Paris were one of the final eight teams left in the Champions League and if not for injuries and suspensions, they could have easily reached the semi-finals.

In the end though, Ibrahimovic leaves Paris Saint-Germain without winning the one trophy that’s eluded him during his career. He walks away with nearly every scoring record in the French and PSG record books and it’s hard to blame him for any shortcomings the team has experienced. Now, the transfer season begins and Paris will have to replace the irreplaceable and reload for hopefully another season full of trophies.