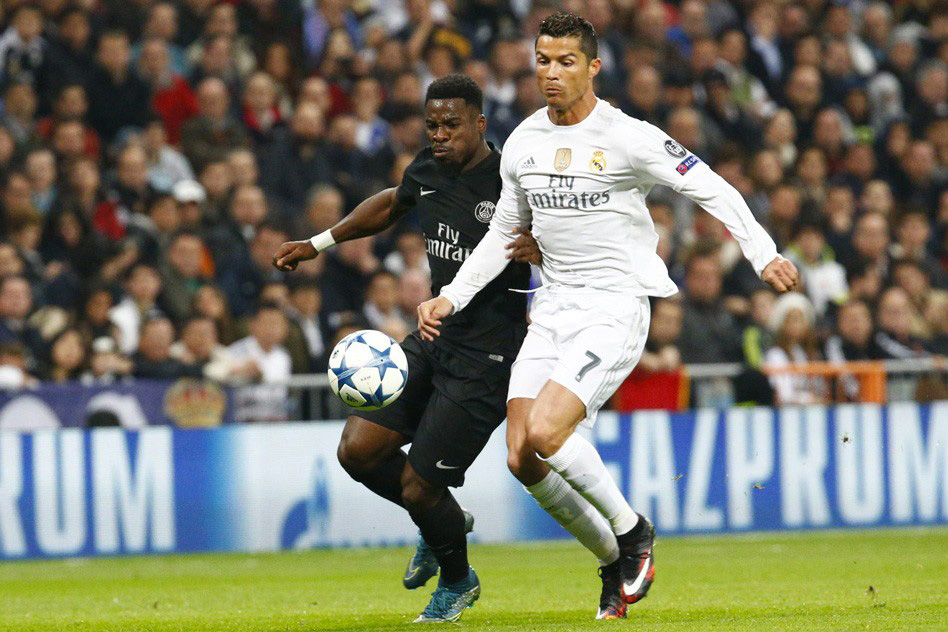 Luck simply wasn’t in the Parisian camp as Laurent Blanc’s men somehow fell victim to a 1-0 loss to Real Madrid at the Santiago Bernabeu, severely damaging their hopes of winning Group A in the Champions League.

It’s difficult to make sense of this game, if only because the result was so unbelievable. Blanc, for his part, fixed what was wrong with the team from the home leg. Thiago Motta was not nearly as exposed—even with Adrien Rabiot on the pitch for most of the game, who turned out surprisingly strong—and Zlatan Ibrahimovic was much better. The Swede’s role in the team was still uncomfortable, but more on that later. Blanc concentrated on shutting Madrid down through the midfield and it worked like a charm, with their only chances through 90 minutes coming from Isco’s individual brilliance. Cristiano Ronaldo’s game was mostly just some spasms on the ball for a few seconds and then loss of possession, and Los Blancos only enjoyed one proper counterattack. In essence, Paris Saint-Germain reduced the ten-time Champions League winners to parking the bus on their own turf.

So how did the anti-football end up taking all three points? We won’t dwell on it but the game’s only goal came when Kevin Trapp fluffed his lines and Nacho finished into an empty net. The goal was a gift completely against the run of play and if not for that individual error you certainly feel Madrid would have never gotten more than a point from that game. What does one do with Trapp after that? He was confident and calm in denying Isco twice from close range, and for the rest of the game, I would argue he played extremely well. Yet this is the second time that an error has cost us dearly, first against Bordeaux and now against Madrid. Perhaps the former Eintracht Frankfurt man simply needs time to adjust to the big stage. Perhaps Alphonse Areola, who has been playing well during his loan spell with Villareal, will walk into the squad when he returns. Either way, I’m not sure if we’ll be seeing Salvatore Sirigu again or if Trapp gets another lifeline. That’s in Blanc’s hands.

Despite the goal, the defense was solid with Serge Aurier the clear standout with his tenacious tackles and ability to join the attack. Maxwell didn’t make any mistakes, although his deliveries into the box seem to be declining in quality. While he was usually near the halfway line to latch on to loose balls, intercept, or carry possession forward, one must expect him to create more from wide areas. Of course, his presence as a quasi-midfielder at times did aid in the domination, but as a winger the 34-year-old has lost a bit of his touch. As for the center backs, the return to the David Luiz-Thiago Silva pairing was a triumphant one, arguably the best with the ball at their feet in Europe (although I’d certainly put Jerome Boateng a hair above either one in terms of vision).

The midfield was the strongest point on the night. Even with the addition of a fit Luka Modric, Los Blancos couldn’t string more than a few passes together in the center of the park. Zlatan did drop deep but he was much more patient than in the first leg and actually timed his runs forward so they coincided with Edinson Cavani dropping back. It resulted in more Parisian bodies in and around the penalty area. There was a general impetus to the way the team played, with much less of the aimless passing that we saw in the fixture at the Parc. Not direct football, obviously, as Blanc would vomit at the thought, but certainly more of a focus on creating. Angel Di Maria also enjoyed his time behind the forwards, although the real element he added to the game was his willingness to take on his man. Neither Cavani nor Ibrahimovic were as happy to dribble, and even if El Fideo missed the final ball at times, he was certainly the liveliest of the attacking players.

Unfortunately, there were some negatives to this packed midfield. I don’t mean to downplay the effectiveness of Blanc’s plan—again, Real Madrid were pinned in their own box, at home. That’s fantastic. On any other day, it would have been three points. But Paris still left empty-handed, and that’s down to the lack of a decisive touch. Cavani has worked his way back into the good graces of the Parc, it seems, usually finding the net even if he’s an anonymous figure otherwise. Tuesday night will damage his reputation somewhat. Despite his incredible work rate—illustrated in the above photo—Cavani doesn’t seem to be able to put away the decisive chances in the Champions League. Likewise, Ibrahimovic came close at times, but hardly threatened any more than the Uruguayan. Blanc’s attempt at a fluid attack may have been conducive to his 60 percent possession tonight, but it just doesn’t carve out enough clear-cut opportunities. As the old saying goes, it’s not how long you have the ball, it’s what you do with it when you have it.

Let’s be realistic. Di Maria on the right means he stays deeper and tries to angle through balls in or beat his man. Cavani is allegedly a classic 9, but also chases the ball down into his own half. Ibrahimovic plays where he wants. Too often we’ve seen these roles get confused or pollute the same space.

This was particularly notable with the introduction of Lucas Moura for Blaise Matuidi. Normally the Frenchman’s bombing runs forward compensate for the space left behind by deeper forwards, but his form has dropped off since his hot start to the season. Lucas was brought on for the midfielder, with Blanc seemingly going all-or-nothing with a 4-2-2-2. It was a perfect opportunity to switch Di Maria and Lucas onto their natural flanks and let them try to get in behind or play it in to the big men in the box. Then it turned out Lucas was on the left again, hopelessly deployed as a wide midfielder, unable to get any sort of acceleration going because he has to swivel around onto his right foot in order to get a pass off. Sure, he kept the ball, but it’s as if Blanc is averse to returning Lucas and Di Maria to positions that they’ve excelled in previously. Perhaps when Javier Pastore comes back, he’ll convince Blanc that he needs a touch more creativity in the team.

Let’s put aside the bitterness for a moment. Paris have just lost for the first time this season while putting on arguably their best European performance in recent memory. Even if there was no decisive touch to win, this may be a defining performance for this era of Parisian football. The team may have lost but they’ve performed like champions. They proved they belong in the haughty ranks of Europe’s elite.

With the Champions League behind the team for now, all eyes turn to Saturday’s clash with Toulouse FC, who are certainly in poor sorts at the moment. Rabiot, deputizing for Marco Verratti, will be hoping to impress against his former loan club and the entire team will be looking to spark another winning run.