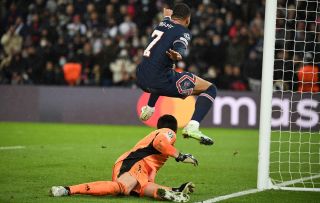 There’s a reason why Real Madrid supporters are looking forward to the summer transfer window and that’s because last Tuesday, Paris Saint-Germain showed the world just how far behind they are.

On this new and improved episode of The 1970, Marc Damon and I chat all about PSG’s win over Real Madrid on Twitter Spaces following the final whistle at the Parc des Princes and we’re joined by fans around the world, including one Real Madrid supporter.

The show begins with Marc and I sharing our thoughts on PSG’s performance and how Mauricio Pochettino deserves credit for getting the tactics right. We also discuss Kylian Mbappé’s special performance and how PSG was right in not accepting Real Madrid’s offer last summer. Could a win against Los Blancos convince the Frenchman to stay in Paris?

We also discuss how Nuno Mendes and Achraf Hakimi shut down Real Madrid’s attack and how they were able to get forward as well. What a difference having world-class full-backs can make!

Later in the show, we welcome a Real Madrid fan to explain why his team looked so bad and whether they can turn it around in the second leg at the Santiago Bernabéu Stadium without Ferland Mendy and Casemiro due to suspension.

Long-time PSG Talk contributor, Eddie Razo, dials in to give his thoughts on Lionel Messi’s lackluster performance where he missed a penalty kick and what PSG fans should expect from him throughout the rest of the season.

We also are joined by other PSG fans to talk about Neymar Jr.’s cameo and whether Sergio Ramos should start in the return leg over Presnel Kimpembe.