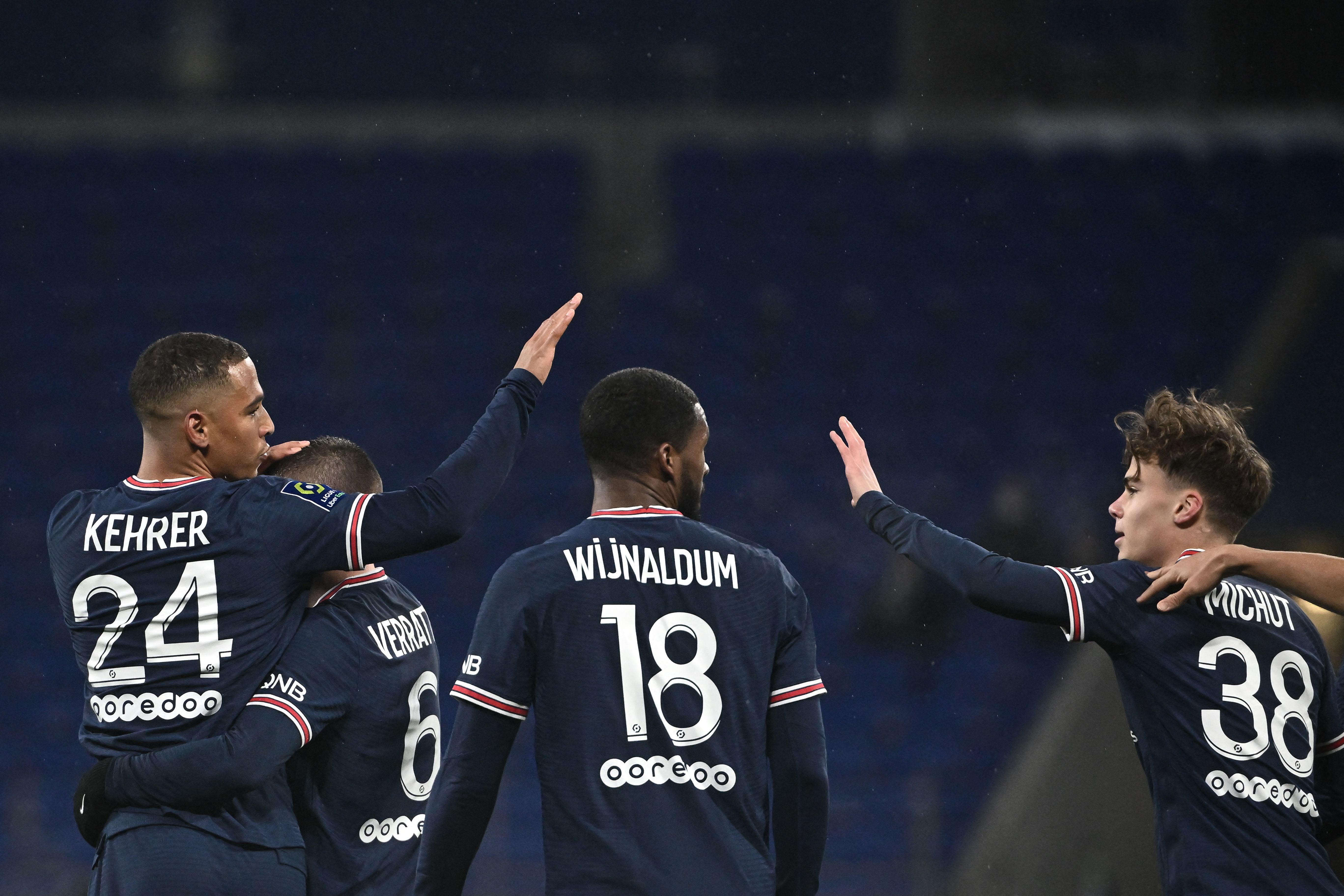 Paris Saint-Germain struggled to generate much offense in the first half against Olympique Lyonnais. Furthermore, the capital club conceded a goal, and they were chasing the match.

It wasn’t until the second half when manager Mauricio Pochettino decided to switch up the midfield and bring in Xavi Simons and Edouard Michut.

The changes helped spark PSG’s tying goal as a Michut pass found an unmarked Thilo Kehrer, who scored. After the match, both teenagers spoke with the media to discuss their performances at a new conference.

“We are super happy when we enter matches like that,” Michut said. “We had to try to bring something new, and today, I think we were able to do it with Xavi Simons. These moments happen; we can only be happy.”

“On my assist, there are a lot of people who make the call; I’m not going to say that I cross a bit at random, but I cross, and I see that Thilo recovers and that makes the goal. I’m obviously very happy; we had to score.”

Meanwhile, Simons spoke about the intensity playing in Coupe de France matches and making the jump to Ligue 1 fixtures.

“Like I say all the time, it’s good to play. The intensity in Ligue 1 is higher. We have to be focused on us. It’s football; we must enjoy when you have your chance and play with pleasure, as we did,” Simons said.